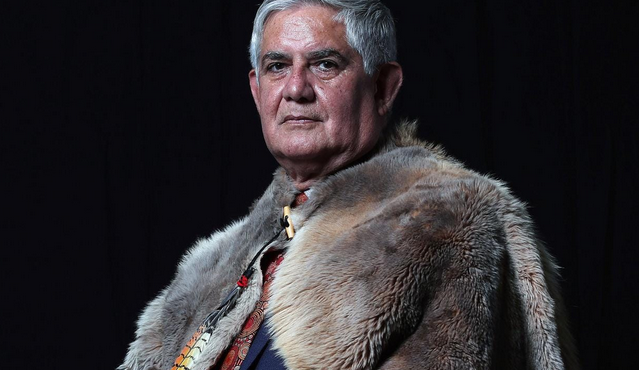 It is just one man’s opinion — mine — but the appointment of Ken Wyatt as Minister for Indigenous Australians seems to have been a serious mistake by Prime Minister Scott Morrison. Not because Ken Wyatt is incompetent or unfit in any conventional aspect to be a cabinet minister — that is yet to be seen, one way or the other — but because he is not merely an Indigenous Australian but a man whose airing of his personal, subjective perspective so early on calls into question his capacity to discharge his duties for the good and betterment of all Australians.

An early and unmistakable confirmation of that assessment was the minister’s July 10 address to the National Press Club, where he announced “I will develop and forward a consensus option for constitutional recognition to put to a referendum during the current parliamentary term”, the intent being to give Aborigines a formal, race-based voice in the formulation and implementation of government policies. He acknowledged the strong likelihood of the proposal being unpopular with substantial sections of the community while also mooting the option of the measure being decided by parliament regardless of the referendum’s  result.

Vitally important, Wyatt explained, is that the “right words” be selected when putting the proposition to the electorate. In other words, as I interpreted those words, he favours phrases sufficiently vague and innocuous so as not to frighten the horses. Unsurprisingly, his opposite number in Labor’s shadow cabinet, Linda Burney, wasted no time expressing her enthusiastic support for Wyatt’s plan. Ms Burney refers to herself as a “Wiradjuri woman” but seldom if ever as an Australian. Given the chance, one guesses she and her Labor comrades would move heaven and earth to make Wyatt’s hope a reality.

It was a heartening development that Coalition voices, including those of senior government members, expressed their near-immediate disapproval of the whole idea, emphasising that Wyatt was off on a frolic of his own, having failed to consult his colleagues before making the announcement. Prominent journalists and commentators — with the exception of the progressive liberal variety — were also swift to condemn it. They warned that the debate surrounding the proposed referendum would be an inevitably acrimonious exercise, one that could only prompt further division while elevating all the unsavoury and divisive aspects of identity politics. They also emphasized that there were any number of far more urgent issues concerning Aborigines than this gesture which, in its inevitably bland wording, would serve as a playground for lawyers and their activist clients. Dismally poor school attendance, extraordinarily high rate of incarceration and recidivism, alcoholism and drug addiction, domestic violence — all came immediately to mind.

Before further considering the above subject, it might be appropriate to hark back to the 1967 referendum, which included a related issue. One of the two amendments to the Constitution approved by that referendum was to allow parliament to make laws specifically for Aboriginals. Circumstances prevailing when the Constitution was drafted explain why race-related legislation was deemed to be necessary at the time. In hindsight, though, the whole idea of  race-specific laws should have been scrapped altogether in 1967. Race is a perfectly valid consideration in anthropology and history, but not in Australian law.

As for the current controversy, the vast majority of fair-minded Australians, especially those who do not claim or consider themselves to be Aboriginals, believe any notion that differentiates Australians in any way based on race is not merely unacceptable but egregiously repugnant. Some Aborigines, perhaps even many, are also likely to be of a similar view but will not dare admit it, at least not publicly. When it comes to any particular group of people seeking a “voice” of their own in the governance of the country due to what they consider their unique needs, Aborigines are not alone, so why stop there? Strident feminists constantly protest the alleged tyranny of of an alleged patriarchy and promote various measures to remedy those perceived injustices. Similarly, the LGBTI community voices its many grievances and seeks the amelioration of problems they claim are unique to their community. What of those with disabilities, mental and physical, clamouring for better representation in society? Which of these, or any other group, should also enjoy the benefit of being recognised and formally represented in the country’s political processes? How is the validity of their claims to be determined?

The basis of the claim by Aboriginals for a significant and formalised voice in the governing of the country is known only too well. It is the unarguable fact that their ancestors lived on this continent for an indeterminately long time before British colonists displaced them. Additional reinforcing details are drawn from Dreamtime stories, the spiritual aspect of their culture, passed down from generation to generation by word of mouth. According to that source and tradition , their most ancient forebears did not come to this land but rose out of the land itself at the beginning of time.

It is not necessary, perhaps not even appropriate, to dispute or reject any of the aforesaid in order to absolutely deny the validity of it as justification for any entitlement, privilege, consideration or, indeed, compensation. Would it not be blatantly dishonest for an individual to seek redress for injustices distant ancestors suffered at the hands of people no longer alive? Would not that absurdity be multiplied by a huge factor were it based on circumstances and events that took place almost 250 years and many generations ago? Amazing, is it not, how something that at first appears as heart-warmingly innocuous can be completely negated by logical and sincere consideration of its impact and consequences.

Campaigning for Aboriginal recognition in the Constitution and direct representation in the governance of the country goes back over many decades, Wyatt’s announcement being but the latest manifestation and no doubt encouraged by 2017’s Uluru Statement from the Heart. (see also Nicholas Hasluck’s “Voices of Division” in the July-August edition of Quadrant) That manifesto calls for a ‘First Nations Voice’ in the Australian Constitution and a ‘Makarrata Commission’ to supervise a process of ‘agreement-making’ and ‘truth-telling’ between government and Aboriginal and Torres Strait Islander peoples. Put bluntly, Australian Aboriginals and Torres Strait Islanders, or at least their leaders, feel perfectly entitled to supervise all government activities related to them as distinct from the rest of the population, including truth-telling, no less! Whose ‘truth’ exactly? Look to the rationale behind the looming ban on climbing Ayers Rock which, as Marc Henrickx has tirelessly demonstrated, has not the slightest shred of truth about it whatsoever.

Let those indigenous leaders leave their comfortable offices, get up on the soapbox and proclaim loud and clear, with unrestricted candour and no weasel words or opaque phrases, exactly what they want and why they are entitled to it. Would any of them have the hide to to display such honesty as Australians prepare to cast their votes in the referendum Wyatt endorsed? Call me cynical, but I doubt it. Such candour would guarantee yet another entry in the long ledger of referenda Australians have rejected at the ballot box.

Without such honest expression of the real intent to divide Australia and Australians by race, the only “argument” remaining is that of warm and fuzzy good intentions, which aren’t worth much when agendas and lawyers get to work.  Look to Zimbabwe and lately South Africa. There was no shortage of fervent hope and good intent in those places either.

Indigenous violence and its enablers

Why Australia Had No Slavery, Part III: The Founders