“Culture is used as a tool by perpetrators in defence of their violent crimes or as an excuse or reason to perpetrate. It is not acceptable that anyone is violated, and have their human rights “utterly disregarded … in the name of culture.”           — Jacinta Price

The feminist movement  — so often a faux feminist movement, to be more accurate — seeks to explicate the factors that exacerbate domestic violence. Nowhere is the evidence of blinkered prescriptions so stark as when we observe the sisterhood’s responses to disproportionate rates of violence within the Aboriginal community.

Unless you are an agenda-driven feminist and blind to hard and brutal facts, there’s no denying factors like welfare dependence, social isolation, alcohol and drug abuse are statistically indicative of an increased risk of domestic violence. These are factors that thrive in remote communities, where social isolation and welfare dependence are matters of geography. When these elements are viewed  in conjunction with the patriarchal tones of traditional Aboriginal culture, wherein violence played a key role long before white settlement, we should not react as if Aboriginal women being between 34 times and 80 times more likely than non-Aboriginal women to be hospitalised is an unfathomable mystery. Has everyone forgotten that, according to Aboriginal lore, a woman who accidentally comes across a male ceremonial party can be killed? Or that “promised brides” were given to much older men to be raped — a practice, by the way, that isn’t entirely defunct?

Women’s rights are what leading feminists claim to defend, except they don’t. For example, Our Watch has recently launched a campaign to “protect” Aboriginal women. This should be good news, but it isn’t.

The project’s manifesto points to Aboriginal-specific reasons for violence and notes they must be addressed, yet the listed factors specifically omit the role of Aboriginal culture. Here is how Our Watch frames the problem it professes to be serious about remedying (emphasis added):

[The project] will consider this violence in the context of broader colonial violence and specifically the intergenerational impacts of dispossession, the forced removal of children, the interruption of cultural practices that mitigate against interpersonal violence, and the ongoing and cumulative economic exclusion and disadvantage experienced by Aboriginal and Torres Strait Islander communities. These impacts include intergenerational trauma, lateral violence and internalised colonialism.

According to its latest annual report, Our Watch took in more than $7 million in 2016, with employee benefits and “professional fees” accounting for almost $5 million of that sum. For that sort of money one might reasonably expect a dash of realism amid the buzz-words and social justice boilerplate. 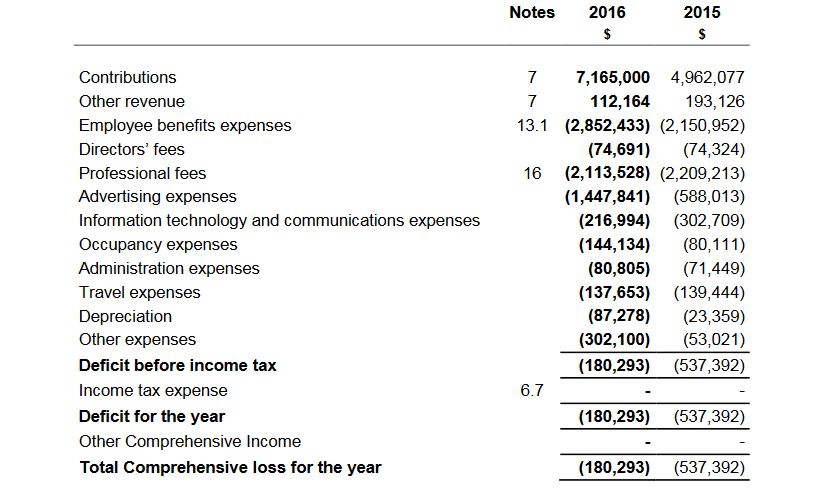 Would it add the burden of leasing wall-to-wall fainting couches for the Our Watch office were I to suggest that violence has never been a gendered issue? Certainly, women are disproportionately victims of domestic violence and rigid gender roles that dictate women are unequal, or that women are mere commodities to be traded for the benefit of men, should certainly be addressed. Indeed, they need to be addressed. But what simple fact and a respect for empirical evidence demands is the recognition that rigid gender roles are intrinsically connected to culture.

And there’s the rub!

Western feminists fought to ensure today’s women can expect to be treated as equals who enjoy, to cite but one example, the freedom to participate in the workforce. Further to that, laws are in place to offer protection from discrimination on the basis of gender. So why are feminists now blaming fairy tales for promoting rigid stereotypes, insisting that telling a boy he “throws like a girl” will twist him into a men who batters his spouse?

Can anyone dispute that Aboriginal women deserve the same protection under law as any other Australian? Of course not!  Yet we see Aboriginal customary law being used as a defence in various courts and resulting in lenient sentences. While some acts of violence are in line with traditional custom — never, ever a valid excuse —  it is important to recognise the likelihood that traditional customs are being embellished by perpetrators and their lawyers to gain legal leverage. Blaming ‘cultural practice‘ is a no more nor less than tool to diminish perpetrators’ responsibility. The strong kinship system combines with patriarchal elements of Aboriginal culture to foster an environment of silence whereby male perpetrators, rather than victims, are supported. Add political correctness to the mix and it is a toxic brew.

For actual victims of domestic violence, the ideological drivel Our Watch is pitching and which I have quoted above adds insult to injury in pointedly failing to acknowledge that patriarchal aspects of Aboriginal culture are an overarching factor. You would think feminists would notice that. Listen to Jacinta Price:

I have known of cases of women ordered to submit sexually to male relatives of the deceased husband for not fulfilling the correct duties of a wife, which is to take care of her husband even if he is a perpetrator.

This notion that women should fulfill the “the correct duties of a wife” or face punishment at the hands of family members should appall all women who take for granted the security of mainstream Australian life. Feminists who have never suffered or witnessed such gross violations of personal safety prefer to banish that grim reality from mind, to gloss over the outrages suffered by Aboriginal women living in communities where elements of traditional culture prevail. One guesses it is much more fun to dress David Morrison in high heels and applaud as he lashes the use of the innocuous term “guys” as a sexist obscenity. The former head of the ADF is on the Our Watch board, just by the way.

The West evolved from an honour-based culture to a dignity-based culture, where governments and legal systems, imperfect though they may be, settle disputes and, most of the time, ensure order rather than violence. Traditional Aboriginal societies have much in common with honour-based culture, a key feature of which is the use of violence to settle disputes and maintain individual status. Furthermore, high rates of violence towards women are often amongst the most deplorable features of honour-based cultures. This is a result of the fact that within such cultures women are expected to perform the roles as their families, cultures and communities ordain. Should they fail to do so, punishment is violent retaliation. While in some cultures violence is used to restore ‘honour’, in Aboriginal culture violence may be used to restore community ‘balance’.  Regardless of the semantics, as Aisha Gill put in The New Statesman, the disturbing result is rationalising violence through culture. Ms Gill was addressing honour killings in the Muslim world, but her observation holds equally true for many remote communities

…attributed to supposedly immutable and intrinsic traditions and religious beliefs, little attention is paid to the perpetrators of these crimes, either as culpable individuals or as part of male-dominated social structures.

It does no one any good when colonisation and “racism” are used to excuse violence and thereby perpetuate it. Such views maintain an us-versus-them mentality, further distancing Aboriginal people from the broader society. It is much simpler to blame ‘otherness’ than it is to address internal community issues that produce high rates of violence. Some activists place much blame on alcohol and drugs and are content to leave it at that, insisting they were not factors pre-settlement and thus depicting their introduction as root causes of violence they imagine would not otherwise be present. It is true that alcohol was introduced by settlers, but a realistic regard for the violence that existed beforehand must see them as exacerbating factors, not root causes. To reduce violence within Aboriginal communities we need to offer help on an individual scale, as well as address the vital remedies of education and jobs.

So why are feminists of the our Watch variety still circling the real issues, most particularly the key role played by culture? Probably because taking traditional violence into account would challenge their favoured gendered-only narrative. That sole focus on the gendered approach by many feminists means we are witness to noisy complaints about the alleged “big issues” which are nothing of the sort — the absurdity, for example, of insisting that “guy” is highly offensive when used to address women. Consider the parallel universe in which such an appraisal exists and so loudly thrives: a colloquial term is denounced, but Aboriginal men brandishing “culture” as an excuse to rape and murder are resolutely ignored. Guidelines about polite or respectful language might encourage some to tailor their conversations but they will not swerve perpetrators from their violent paths, nor will they put a dent in the elements that perpetuate, and see accepted by judges, the willingness to endorse the view that violence in Aboriginal communities is somehow, if not acceptable, at least understandable. 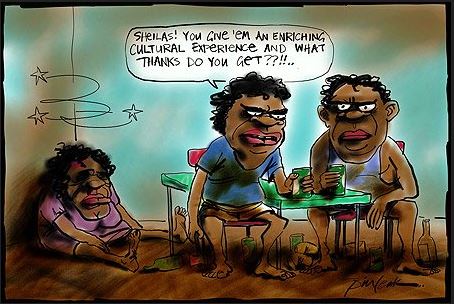 To seriously reduce domestic violence we need to look at all the aspects driving it. There is no evidence a gendered-only approach will work; indeed, there is much evidence to the contrary.

Recently, while a guest on The Today Show, News Corp columnist Miranda Devine ruffled advocates of the gendered-only narrative when she noted that domestic violence occurs far more often in poor areas and Aboriginal communities. In response, Fairfax columnist Clementine Ford, self-appointed saviour of womenfolk, tweeted her outrage, insisting that domestic violence happens in all socio-economic brackets. Well it does, and featured media stories make much of middle- and upper-class white women who suffer at the hands of their partners. The battered wife from Double Bay makes for good copy and catchy, agenda-driven headlines, but look at the incidence of domestic assault as represented by the map below. 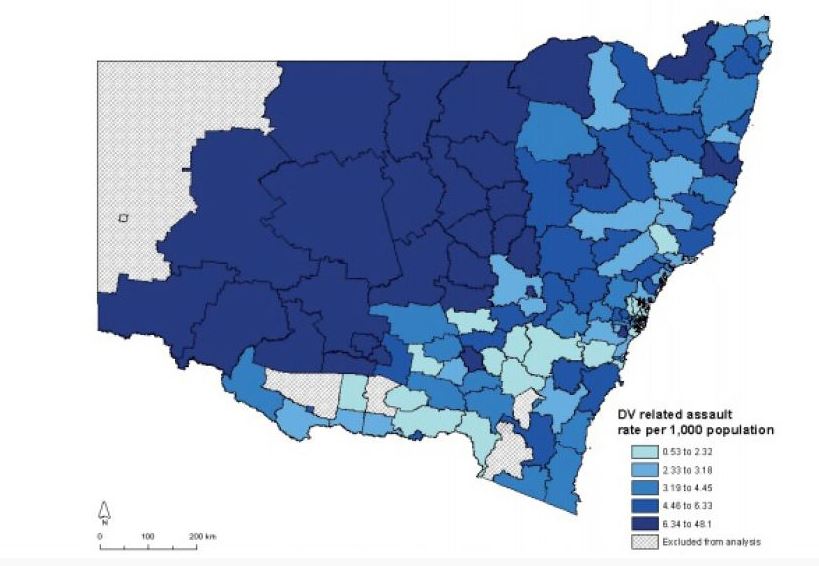 Note the darkest blue sections of the map, where domestic violence is worse. Not too many stockbrokers reside in the far west of NSW.

When authentic warriors of change, such as Jacinta Price, stand up for cultural reform in the hope of saving lives they are branded “sell outs”, and that is but one of the milder attacks she has endured. Thankfully none of the abuse has stopped her campaigning for those women who deserve and have every right to live in safety. She recently gave a spectacular speech during a debate regarding political correctness in which she accused the oh-so-easily offended of stifling much needed discourse about cultural reform. She may well have made few converts but it is impossible not to admire her bravery.

It’s impractical to think Aboriginal people highly enmeshed in horrendous levels of dysfunction can suddenly acquire agency. I am not suggesting that. It is such a challenge because the conditions they live in are so toxic, and yet these conditions remain unchallenged by the dialogue of far too many feminists who are unwittingly promoting a ‘separatist’ agenda. Rather than confront reality, they idealise “traditional culture” as the way forward when it is anything but that. The positive changes and values of non-violent dispute resolution, jobs and education are key to breaking the cycle of disadvantage and dysfunction, but of those we hear precious little.

Aboriginal people must look to themselves if they are to be directly involved in bringing about change and escape the halfway world in which they cannot enjoy what modernity has to offer, as Louis Nowra writs so convincingly in his book Bad Dreaming. To reduce domestic violence we must set aside Rousseauean fantasies, scuttling the thought once and for all that Aboriginal people are so different they are  entitled to be judged by different standards. We must, in other words, embrace the practical. To do otherwise is no better than attempting to close a wound with voodoo.

Tanya Rosecky is the founder of Get Real Australia, a not for profit organisation which campaigns through social media on indigenous issues

Squaring the Circle of Aboriginal Identity

Why Australia Had No Slavery, Part II: The North-West

A Shield Against Truth