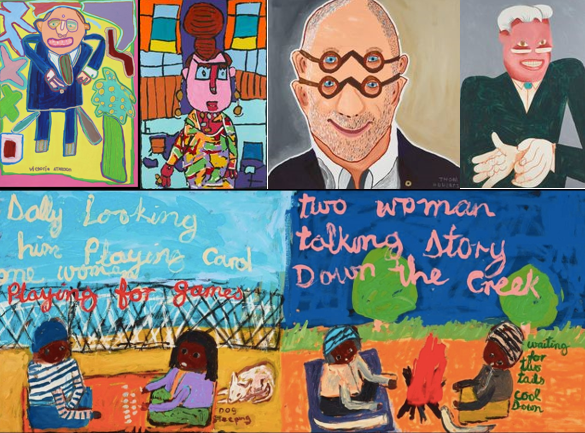 Cultural Marxism’s long march through the institutions is well-nigh complete and, emblematic of art imitating life, the 2021 Archibald provides a classic example. This is evidenced not just by the works included as finalists but, just as important, those deemed by our 21st century arbiters of taste as being unworthy of recognition.

Take, for instance, the portrait of Jacinta Nampijinpa Price by Johannes Leak, shown below with the artist who executed it. 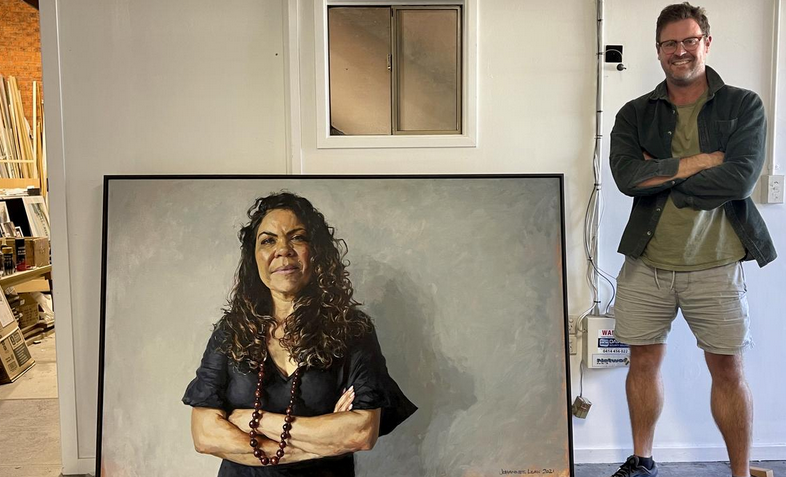 You don’t have to be a professional art critic to appreciate the skill and the power which the piece demonstrates. But here’s is what is particularly perplexing: why was Leak’s entry excluded from the final judging when the, er, artworks atop this page all made the cut?

One can only assume a work as striking as this was excluded because the Trustees were afraid of implicitly raising the real questions that need to be asked about Aboriginal communities.

It’s so much easier to get kudos by including some harmless Aboriginal portraits and filling up the Wynne with bland dot paintings.

Several weeks ago, when Johannes Leak stopped by for a visit, he told me he was taking a couple of weeks off to start his portrait painting for this year’s Archibalds Prize. His subject is Jacinta Price.

I didn’t say what I was thinking to Johannes at the time, but I feared he would suffer the same fate as his late great dad, Bill, who year after year painted by far the most outstanding portraits amongst all the entries, but was never recognised by the elitist socialist rabble on the voting committee because Bill’s politics didn’t conform.

Johannes’s stunning entry was the hands-down winner this year.

A few weeks ago, he texted me an unfinished preview.

So much power in one painting.

The Archibalds unfortunately are no longer a portrait prize, but another sad victim of ‘progressive’ wokism, more a political expression than a recognition of the best artistic skills.

Johannes has inherited his brilliant father’s genius. Bill was the best artist to never win an Archibald, a prize in itself.

The Archibalds no longer have any artistic currency.

On a deeper level, what is missing in so much of today’s art is the goal of what Roger Scruton argues is artist’s obligation to be ‘reclaiming beauty’. Ah, beauty! That transcendent virtue which reflects the truth and goodness of the universe implanted in us by our Creator. But having largely abandoned any such belief for atheistic materialism we now honour artworks no better than the primitive and childish. Scruton develops his argument even further here, a feature-length BBC documentary well worth watching in full.

Maybe it is time for conservatives in particular to reclaim the arts on behalf of everyone, to take  back the galleries, prizes and grantsfrom the mostly state-supported clique which presumes to determine what is good, bad and, like Bill Leak’s work, deemed to be beyond the politically correct pale.

After the outrage subsides, the answer to cancel culture has to be courage — courage to create and reflect that which is true, good and, ultimately, beautiful.