The Catastrophic ANZAC attack at The Nek 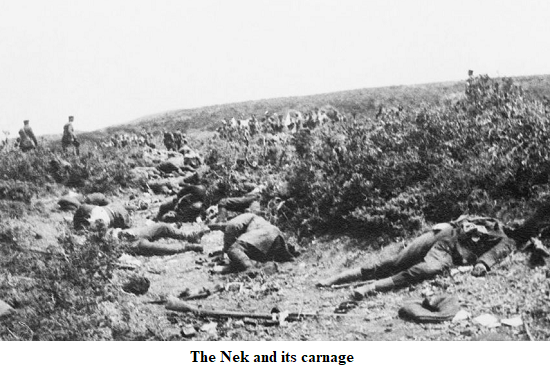 When Mel Gibson screams his anguished “No!” in Peter Weir’s film Gallipoli , everyone in the audience is horrified  at the thought of 600 men of the 8th and 10th Light Horse Regiments being sent to certain deaths at The Nek.   Weir’s film was good cinema, but bad history. In the film indolent, uncaring, tea-sipping British officers are blamed for the Australian disaster when the truth is that it was an entirely Australian affair.  The destruction of the 8th and part of the 10th Light Horse became something that everyone in Australia knew about but seldom mentioned.  As a result of that silence, incompetent officers continued their careers untouched by blame or guilt. One question that continues to intrigue: Why did they do it?

There are some indisputable facts about the disaster, the rest is myth, legend and truly heroic sacrifice. The plan to capture the Turkish position was as simple as any attack plan can be: bombard the enemy for thirty minutes then charge them head-on, capture them or kill them with the bayonet.

After the amphibious landings at ANZAC Cove on April 25, 1915, any chance of advancing across the peninsula very soon petered out. By May the initiative was lost and a Western Front-style stalemate among the hills and gullies of the peninsula was solidly in place.  Both sides were now well-entrenched and any attack to gain a few metres could only be made at an extraordinary price in lives.  In August just such an attack was planned by the Allies to break the deadlock, the intent being to capture the high ground of a feature called Sari Bair, then held by the Turks. This advance was eventually designed to link up with a new landing taking place further up the peninsula at Suvla Bay.

To reach the Turkish entrenchments on “Baby 700” required crossing The Nek, an area about the size of three tennis courts, and no more than 30 yards wide.  The attack by the Australian 3rd Light Horse was planned as a diversion, supported by an attack by the New Zealanders.

THE ATTACK was due to commence at 04.30am of August 7, preceded by a 30-minute naval bombardment.  However, as the watches of the naval gunners and the troops had not been synchronized, the guns fell silent seven minutes early.  The Light Horsemen waited while the Turkish soldiers re-occupied their positions and set up interlocking fields of machine gun fire.

At the due time the first wave of 150 men of the 8th Light Horse ‘went over the top’, led by their commander, Lt Col A. H. White.  They were mown down in seconds, but it was reported (almost certainly incorrectly) that some made it to the Turkish trenches.  Based on this report the second wave attacked two minutes later and were also massacred.

Brazier returned to his regiment and ordered the third wave to charge.  The ‘battle’ had become nothing less than plain murder. The Turks, now thoroughly ready, killed or wounded all 150 men within thirty seconds of leaving their parapet.  Brazier again appealed to Antill to stop the slaughter – and received the same reply, “Push on.”  However, this time Brazier found the Brigade Commander, Brigadier Hughes, who lamely suggested trying a different angle of attack.  Finally Hughes agreed to call off the attack, but before Brazier could return to the trenches the left flank of the fourth line rose from their trench and charged without orders in the absolute certainty that they would be killed.  Their attack went no further than their predecessors.

It would be remiss to honour these warriors without mentioning some other equally brave actions on the same day.  At Quinn’s Post, in another diversionary attack, 2nd Light Horse Regiment of the 1st Light Horse Brigade sent 50 men in the first of four waves to attack a Turkish trench less than 20 yards (18 metres) away.  The follow up attack was called off when 49 of the 50 troops were killed without crossing even this short space.

In a supporting action two companies of the Royal Welch Fusiliers launched an attack against a strong position known as The Chessboard (because of its interlocking trenches).  That attack was also abandoned after 65 casualties were incurred for no gain. It is often said that as WWI was a war of attrition in which the measure of success is the number of enemy casualties inflicted compared to one’s own.  By any measure August 7, 1915, was a disaster for the Australians. Of the 500-or-so men from the 3rd Light Horse Brigade who charged at The Nek that day, 372 were killed or wounded.  The Nek cemetery (below) contains the remains of 316 Australians. A further 49 died from 1st Light Horse Brigade and 65 from the Royal Welch Fusiliers.  It is possible that the Turks may have suffered one or two casualties. 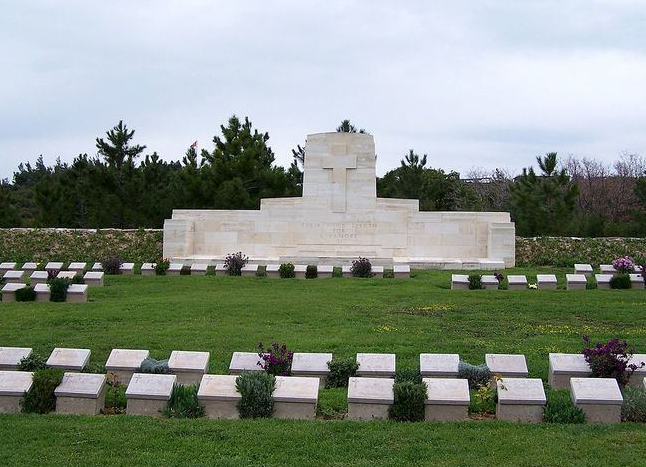 Trooper Harold Rush died in the third wave.  His headstone in the Walker’s Ridge Cemetery records his last words to a friend nearby:

As author Les Carlyon wrote after visiting the scene of such heroism – and such a waste of heroes, “… visitors to the peninsula stare at the words and wonder why, when they open their mouths, no words come out.”

The question of ‘why’ remains unanswered and forever unanswerable.  The Australians of that era felt a need to prove they had the grit and fortitude to be the equal of any in the British Empire.  But those were also the days when supporting your ‘cobbers’ (friends and colleagues) was the most important part of the ethos of a pioneering, frontier nation.  They died for each other, as that counted for more than life itself. They truly embodied the Spartan epitaph at Thermopylae:

Go tell the Spartans,
Stranger passing by,
That here,
Obedient to our law,
We lie.

[i]  Trooper Harold Rush died in the third wave.  His last words were “Goodbye Cobber, God Bless you”

[ii]  Colonel John Antill was the Brigade Major responsible for devising the ‘plan’ that required the 10th ALH to charge straight at the interlocking machine-guns of the Turks secure in their trenches.

https://en.wikipedia.org/wiki/John_Antill_(general)  He retired as a Major-General.

[iii] Leonidas and his 300 Spartans fought to the last man holding the pass at Thermopylae against thousands of invading Persians.

Harold Rush[i] woke with a yawn,

A touch of grey light beckoned the dawn.

The Light Horsemen were ready that day

Unafraid for their lives or of entering the fray.

Leapt from the trench that became their grave,

For Turkish gunfire sent them to Hell

All one-fifty were hit and fell.

The next wave saw their mates all die,

But they had a point to prove to you and I,

True Anzacs’, the bravest and the bold

Rose as one, knowing they too, would not grow old.

The attack plan was bad, a true disgrace,

But Antill[ii] said, ‘Push On’ to not lose face.

More waves of our finest went o’er the top

No order arrived to tell them to stop.

When told to go, Rush knew his fate,

Yet he would obey and die with his mate.

The slaughter went on as the third wave tried

To reach the Turks, but they too all died.

300 stood with Leonidas at Thermopylae[iii]

300 Anzac heroes died at The Nek that day,

The armchair warriors can say what they please,

But I cherish the memory of men such as these.

They did what they did for Oz and each other

But these days the selfish scorn and ask “Why bother”?

Today is about me and what I want now

No sacrifice will I make and that is my vow.

That’s not the Australian way, for the day will arise

When enemies will see us as their due prize;

They covet our land and to make us their slave

That’s when we will need new Anzacs’ as brave.

Perhaps new warriors will come to the fore

Can our nation remain free to do what we please,

If we cannot worship as heroes men such as these?

All for one and each man for his mate.

Let Leonidas look down and hear him say;

‘You died the bravest of men on that terrible day.

They live with Ajax, Hector and the Spartans forever

Leonidas has taken them into his heart

Where their courage and loyalty sets them apart.

You were true blue Australians, one and all.

Let your memorial be written in blood, deep red

Like Spartans your duty was done and now we are all dead.”

Stranger for a moment, on this field of green

Reflect on the courage where these men have been,

Honour both Spartan and the Anzac way,

For you too, may need their mettle one day.

4 thoughts on “The Catastrophic ANZAC attack at The Nek”

The Catastrophic ANZAC attack at The Nek