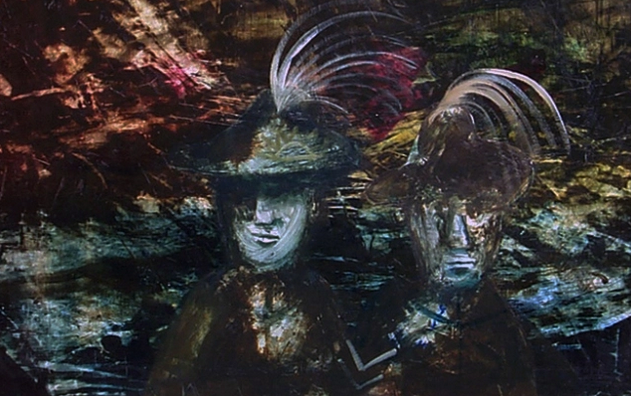 Family history sometimes surprises us into reflecting on larger historical and moral questions. On Anazac Day, like so many, I think about what my parents and grandparents did during the great wars of 1914-18 and 1939-45.

One of my grandfathers came out from Ireland around 1910 as a young doctor. He married here and his wife had a son in 1913. In 1915, he joined the army as a doctor and ended up serving in France until 1917 when he was sent home, honourably discharged, suffering from severe shell shock. Although he managed to set up a medical practice again, his health declined and he died six years later, leaving my grandmother to care for her newly-born second son and, of course, her older son, then ten years old. On the other side of the family, my other grandfather, a young mining engineer, also joined the Australian army. He too served in France, until an explosion so damaged his left arm that he had to sent to England to have it amputated. There he met my grandmother who had enlisted as a nurse, and they married on their return to Australia. In the 1939-45 war my father and his brother both served. My mother worked in the Army Department in Melbourne and her brother joined the RAAF.

The striking fact from these details is that everyone on both sides of the family joined the war effort if they could, voluntarily and out of a sense of personal duty. Their service was not exceptional in Australia, but from knowing more of the family history, I have come to better appreciate the importance of ANZAC Day.

Anzac Day commemorates and remembers service and sacrifice, not shallow triumphalism, perhaps because it first remembered duty done for our country, even in a campaign that failed. The war of 1914-18 caused enormous military casualties, killing mostly young men who would be so badly missed in the years of peace that followed. Many people still ask if that war was worth the price and if it was morally right? The same questions do not trouble us so much about the 1939-45 war, even though the casualties were higher and mainly civilian. This difference probably arises from the horror at what the Nazis did and how the Japanese army behaved in the countries it occupied. First World War atrocities did occur, but not on such a terrible scale.

However, at the start of both wars, nobody knew what atrocities were yet to come. Every citizen had to decide if he would fight for the cause. The fundamental moral question was plain to see. In each war, Germany had launched a war of aggression against its neighbours by invading the Low Countries, France, and then Russia (or the USSR). In launching such a war, Germany authorised and commanded its soldiers to go out and kill anybody who resisted and to seize or destroy any property as necessary.

In everyday life, such acts would be condemned as murder, wanton destruction and robbery. In exceptional times, the only allowable excuse for such violent acts is in reasonable self-defence, and only if carried out with care and restraint. Where there is that excuse, the use of force is then a positive moral obligation. It is part of an unspoken bond that obliges every citizen to do whatever they can, if the cause is just, to sacrifice comfort, property and life for our neighbours. Helping other nations to defend themselves is also a moral act.  Of course, acting in self-defence requires a high standard of caution and care which is very hard to maintain once the dogs of war have been unleashed. No nation acted perfectly in carrying on these wars. As Australians, at least we can be grateful that in the battles at Anzac Cove and in France, as in the 1939-45 war, our country was fighting the aggressors. How much sadder and more solemn a day it would be if we had happened to be on the other side, now forced to reflect not only on our own losses but on the losses we inflicted on others.