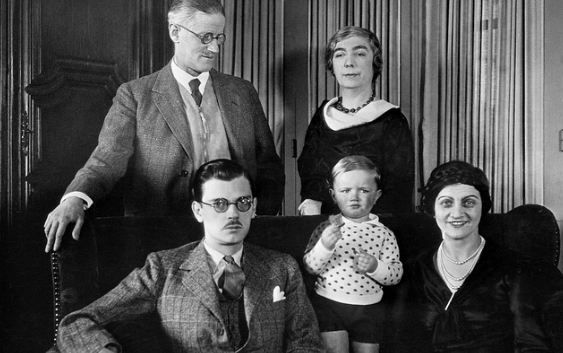 Obituaries for Stephen Joyce, the 87-year-old grandson of James Joyce, have been less than complimentary. As the sole heir to the Joyce estate and its guardian, he was long known for his obdurate blocking of academics who required copyright permission or access to family’s papers. It was widely agreed that he held back Joyce scholarship for decades. For his part, Stephen Joyce made no secret of his dislike for academics and desire to protect the private lives of his grandfather, grandmother and aunt. So vehement and, at times, irrational was his behaviour that more than a few questioned his sanity.

Stephen Joyce, who was married, had a position with the Organisation for Economic Co-operation and Development and there is nothing in the conduct of his day job to indicate any psychiatric disorder. But madness was never far away from the Joyce family.

Grandfather James was a hypochondriac, an alcoholic, superstitious and gripped by phobias of dogs, thunder, lightning and water. As a patient he was a nightmare and this attitude contributed to his death from post-surgery complications arising from a perforated ulcer. His mother died in a state of delirium. His daughter-in-law suffered from manic depression. Daughter Lucia developed hebephrenic schizophrenia.

There were those who said Joyce had driven Lucia mad even as he went to any lengths to care for her, including the purchase of a fur coat to satisfy a whim, setting up a doomed dalliance with Samuel Beckett and arranging a (short-lived) engagement. Against his principles, he even married long-time partner Nora to placate her. The couple are pictured below, circa 1930 in Paris. 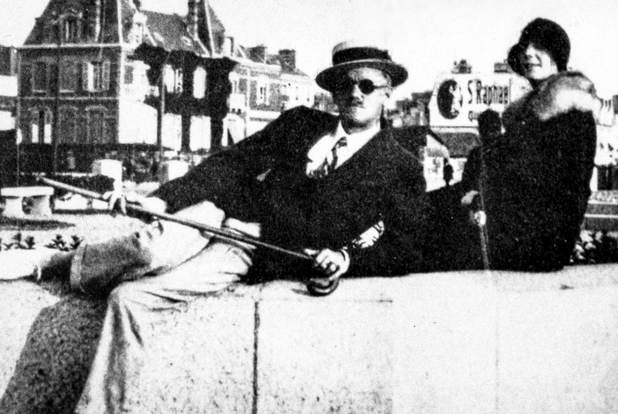 Nothing worked. Hebephrenic schizophrenia was untreatable in those days and Lucia was institutionalised for life. As biographer Brenda Maddox wrote, the only causative factor in her illness appears to have been a genetic predisposition bequeathed by her mother, who had two institutionalised relatives.

Joyce lamented that he had taken Lucia to 24 different doctors and spent over £5000 on her treatment. Among them was Carl Jung, the twentieth doctor who attempted without success to treat her and who deemed her father to be as mad as his daughter. They were like two people going to the bottom of a river, he observed, “one falling and the other diving”. While trying to cope with Lucia, Joyce endured chronic eye problems requiring 17 operations and reducing him to a state we would now regard as legally blind while writing Finnegans Wake.

Giorgio Joyce, Stephen’s father, married Helen Kastor Fleischman, who was manic depressive, and returned to live in America. Consequently, Stephen was largely raised by his grandparents while Giorgio drank himself to death.

Despite the profusion of specialists from whom James Joyce sought help for his daughter, he had little time for psychiatrists and psychoanalysts, saying it was the conscious mind he was interested in, yet portraying different states of madness in his writings, most famously in the ‘Nighttown’ chapter of Ulysses. Critics of his works accused him of being mad, interpreting his use of the stream-of-consciousness and other unique literary techniques as the product of a disordered mind. Eminent psychiatrist Nancy Andreasen referrs to him as the schizoid origin of his daughter’s insanity and considers the complex text of Finnegans Wake as the thought-disordered rambling of an insane mind. For his part, Jung posited the madness he perceived in his patient’s father as a quite deliberate strategem to distance himself from the sane world in order to produce his literary output.

The supreme modernist writer, he was an enormously disciplined artist who adhered to his youthful belief that the artist should maintain ‘lofty impersonal detachment’. Fearing, encountering and experiencing madness around him, the artist was able to tap and use these experiences for his work. This was, it might be argued, the behaviour of genius, not a lunatic.

Robert M Kaplan has written about James Joyce in his book Dark Tales of Illness, Medicine and Madness: The King Who Strangled his Psychiatrist