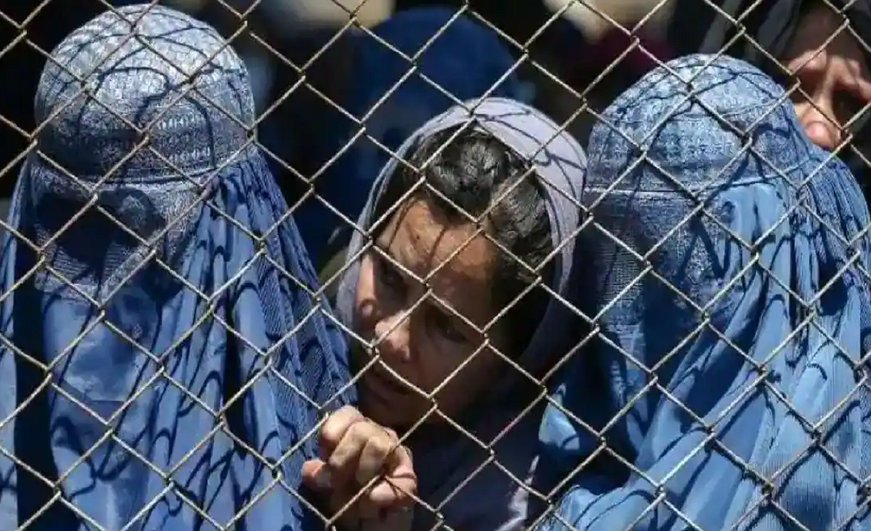 Many people will have seen the horrific images of the Taliban fighters’ advance in Afghanistan, an offensive accompanied by brutal repression, executions of those suspected of collaborating with the government or its American allies, and the denigration of women and girls. The whole country was overrun in just eleven days. When the Taliban arrived in Kabul, they found a city that was essentially undefended.

President Joe Biden sheepishly admitted the events occurred much more quicky than his administration anticipated.  However, rather than accepting responsibility for the carnage in, and collapse of, Afghanistan, he blamed Afghani political and military leaders for giving up and fleeing the country. In denying a role in the collapse, Biden’s response reveals the self-delusional ignorance and naïveté of his administration. It is also symptomatic of the malaise that is threatening the democratic heritage of the West.

Undoubtedly, the Allies will now review and consider where the involvement went wrong. The spectacular collapse hides an inconvenient truth: the Americans and their allies could never have exported Western-style democratic government to Afghanistan and it was folly to even entertain the thought they might. It is like transplanting a precious tree from one part of a forest to rocky, inhospitable terrain. The tree will likely die, which this one did despite the lives and billions of dollars expended to keep it alive.

However, in an address to the media,  Biden disingenuously said that nation-building was never one of the aims of the American presence in Afghanistan. Instead, he insisted, the aim was to hunt Osama Bin Laden who had found sanctuary in Afghanistan and to degrade the Taliban. But the President’s denial of nation-building as a motive did not explain why it was necessary to stay for 20 years. During that time, the Taliban, rather than being degraded, were able (or allowed) to keep their arms., meaning that it functioned as a kind of shadow government controlling large swathes of Afghan territory.

Trillions of dollars have been spent on Afghanistan over those 20 years and there is nothing to show for it. The training of the local army did not bring any benefits because its troops surrendered, bolted or switched sides as soon as the Taliban arrived at the gates. It is a country that has lost the capacity to free itself from oppression and discrimination. While going after Osama Bin Laden, sheltered by the Taliban before moving to an enclave in Pakistan, was the right thing to do in 2001, the subsequent involvement in Afghanistan was a disastrous episode by any yardstick.

It can now be seen that the invasion following the attacks of September 11, 2001, was an ill-considered adventure that could only end in disaster. With the benefit of hindsight, one is amazed by the gullibility of the peace negotiators in Qatar who until recently were attempting to strike an exit deal with the Taliban. Of course, the Taliban never intended to honour any negotiated agreement. The peace conference was a mere ruse to facilitate the Taliban’s expected conquest of the country.

The last time the Taliban seized power, in 1996, it was recognized by just three nations: Pakistan, Saudi Arabia and the United Arab Emirates.  But now other countries have officially recognised Taliban governance, with the  embassies of Russia, Pakistan, China and Iran all keeping their Kabul embassies open for business.

Not surprisingly, Pakistan was the first to recognise the Taliban’s restored regime. Consider how a few years after the US occupation, Osama bin Laden was found to be living in that country within five miles of a military academy as the civilised world hunted this arch-terrorist. The Pakistani doctor who revealed his location to the US was actually sent to prison! In Pakistan, a country whose diplomats and military have long supported the terrorist group, Prime Minister Imran Khan enthused that Afghans had finally “broken the shackles of slavery.”[1]

Two US adversaries, Russia and China, have also taken the lead in making overtures to the Taliban.  Russia not only has recognised the new regime, but has also been encouraging other countries to establish “good relations” with Afghanistan’s new leaders and “to stop the irresponsible policy of imposing alien values from the outside.”[2]

China is another that has expressed its desire to fully engage diplomatically with the Taliban. A spokesman for China’s foreign ministry has officially welcomed the new Afghani regime, stating that Beijing welcomes the Taliban’s statements about wanting “to grow sound relations with China”.[3]  China’s foreign minister, Wang Yi, even said the international community should encourage and guide Afghanistan “instead of exerting more pressure,” according to a release published by the ministry.

Even the European Union has now decided to at least partially acknowledge the regime. “The Taliban have won the war, so we will have to talk with them,” Josep Borrell, the European Union’s top diplomat, said at a news briefing. “It’s not a matter of official recognition. It’s a matter of dealing with [them].” [4]

What are some of the immediate consequences of this brutal takeover? Surely, the first Taliban government, which governed Afghanistan between 1996 and 2001, provides a solid  indication of what is come, an expectation reinforced by what we have seen during the Taliban fighters’ march to victory.

First, the Taliban’s ideology will likely promote terrorism worldwide, its fighters having announced their mission will only be complete when the whole world is subject to their brand of Islamic rule and terror. There will thus be a heightened sense of uncertainty in the West and the possibility and prospect of more devastating attacks.

Second, a certain consequence of the collapse of the Afghan government is that the abominable oppression of women and girls will resume, as Quadrant Online contributor Mark Powell noted in these pages. The rights of women in Afghanistan will be “respected within the framework of Islamic law”, a spokesman for the Taliban said without detailing what the new rules and restrictions will be.[5]

What this means in practice is revealed in the holy book strictly observed and upheld by the Taliban. The Quran approves of the following: (1) Muslim husbands may beat their wives; (2) a woman’s testimony is half as valuable as a man’s; (3) husbands have authority over wives; (4) men may marry up to four wives; and (5), men may take sex slaves.  Since the new regime in Afghanistan faithfully upholds the Quran, these determinations will be strictly applied, leaving women and girls to suffer all sorts of extreme abuse and violence.

The main body of Islamic jurisprudence, the Hadith, provides further evidence of the low regard in which women are held and their sanctioned mistreatment under Sharia.[6] In an Australian article on August 16, foreign editor Greg Sheridan writes that an even greater darkness has descended on Afghanistan. He says:

Third, the return of Taliban means the group’s interpretation of Sharia will be the law of the land. Know what it means from the accounts of Afghani Christians who report that, with the takeover of Kabul complete, they expect to be hunted down and killed. Some reports confirm that the Taliban is already “conducting targeted killings of Christians and other minorities found with Bible software installed on their cell phones”.[8]

Since the Taliban’s fall in 2001, the Christian community saw considerable growth, in part because of the modicum of security provided by the American occupation.  In 2019, many Afghan Christians voluntarily included their religious affiliation on national identity cards.[9]  Now the American withdrawal has left all these Afghan Christians with the imminent threat of public executions, floggings and amputations. As reported, the Taliban is already working to track down Christians and perhaps their only hope of survival is to somehow flee the country. Christians are reportedly escaping to the hills in attempts to find safety.[10]  Meanwhile, expect Western governments, including Australia’s, to do absolutely nothing practical to protect Afghan women and religious minorities. Likewise, don’t expect to hear Western feminists making a racket, as that would rankle the Left’s intersectional alliance with Islam.

There will now be recriminations and relentless criticisms of how the war was waged. Some will say disparagingly that there never was a willingness to get the job done. Of course, the humiliating defeat has little to do with the materiel, technology or military capacity of America and its allies, including Australia, but more with a breakdown of the values and resolve of the West.

The blood of the innocent will cry for justice when Western leaders turn a blind eye to the genocidal actions of a terrorist group that capitalised on the West’s lack of resolve and capacity to achieve measurable results. It is interesting also to note that since a partial victory in the Korean War, the United States have never won a single war, except perhaps the mixed results of the two Gulf wars and the walk-over conquests of Grenada and Panama.

That perhaps is a clear indication of the massive decline, both military and moral, of America, a once-formidable nation.

Gabriël A. Moens AM is Emeritus Professor of Law at the University of Queensland and served as pro vice-chancellor and dean of law at Murdoch University. Professor Moens is the co-author of The Constitution of the Commonwealth of Australia Annotated (9thEd., LexisNexis, 2016). He has also published a novel about the origins of the COVID-19 virus, “A Twisted Choice” (Boolarong Press, 2020) and recently published a short story, “The Greedy Prospector” in an Anthology of short stories, The Outback (Boolarong Press, 2021).

Augusto Zimmermann is Professor and Head of Law at Sheridan Institute of Higher Education in Perth. He is also adjunct professor of law at the University of Notre Dame Australia (Sydney campus), president of the Western Australian Legal Theory Association, editor-in-chief of the Western Australian Jurist law journal, and a former law reform commissioner in Western Australia. He is the co-editor of Fundamental Rights in the Age of COVID-19, a book with contributions from leading legal academics and policymakers in the field.

[2] Isabelle Khurshudyan, Reis Thebault and Gerry Shih, ‘U.S. Allies and Adversaries Are Holding Off For Now on Recognizing, Aiding the Taliban’, The Washington Post, 20 August 2021. <https://www.washingtonpost.com/world/2021/08/20/afghanistan-taliban-international-recognition-aid/>

[6] ‘What Does Islam Teach About a Woman’s Worth? What Makes Islam So Different?’ <https://www.thereligionofpeace.com/pages/quran/women-worth-less.aspx> (accessed November 29, 2020), For example: Sahih Bukhari (2:28) & Sahih Bukhari (54:464) (Women comprise most Hell’s occupants. This is important because the only women in heaven mentioned explicitly by Muhammad are the virgins who serve the sexual desires of men.); Kanz al-`ummal (22:10) (suggests that 99% of women go to Hell); Sahih Bukhari (62:58) (A woman presents herself in marriage to Muhammad, but he does not find her attractive, so he “donates” her on the spot to another man.); Abu Dawud (2155) (Women are compared to slaves and camels with regard to the “evil” in them.).

[8] Kelsey Zorzi, ‘Afghanistan’s Christians Are Turning Off Phones and Going Into Hidding’, The Hill, 23 August 2021 <https://thehill.com/opinion/international/568992-afghanistans-christians-are-turning-off-phones-and-going-into-hiding>.

8 thoughts on “America’s Humiliation and its Consequences”

The Mushrooming of the 2020 US Election