Reframing the Debate in Aboriginal Affairs 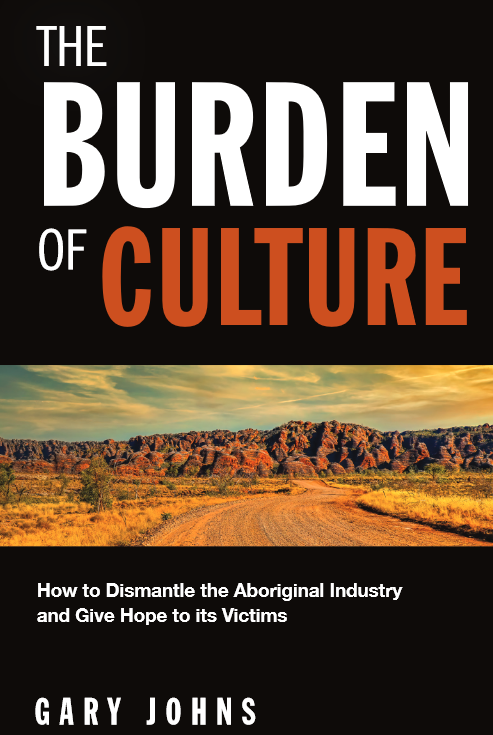 Integration works. Just ask the vast majority of Aborigines who have integrated into the modern Australia. They read, write, and speak English, they have jobs, they pay taxes, they vote, and they support their families. Anything else is not a matter for public policy, although, of course, they are free to make their voices heard on any matter of public policy.

The industry has to come clean on culture – payback, humbugging, sorcery, and violence. These are present among Aborigines who live in remote places, especially discrete Aboriginal communities on Aboriginal land. These people are the poster children of the industry. City academics need these poor souls to justify their city voices, and their jobs.

The way to re-frame the debate in Aboriginal affairs is to make integration the explicit goal. Where Aboriginal identity clashes with integration it must be challenged. Lives depend on it. Aborigines trapped by identity politics need an exit strategy.

The first step in the exit strategy is to distinguish policies from strategy. Policies for education, health and employment that swim against the tide of history are likely to fail. Policies for education, health and employment that swim with the tide of history are far more likely to succeed. Two prime examples are the advertisements in 1952 for scholarships for Aboriginal boys to Sydney University, and the present-day nearly empty pre-school centre on Croker Island, Northern Territory. The 1952 scholarship program shows Australian society has been open and encouraging for Aborigines for several generations. Most Aborigines have succeeded in adapting to that society. Unfortunately, as the Croker Island pre-school illustrates, some have not. They refuse to participate. The last fifty years have seen policy failure because of a refusal to acknowledge that some behaviours are not consistent with establishing the foundation for a good life.

As Thomas Sowell has observed, ‘While it is possible to hire teachers and buy books, it is not possible to purchase a cultural past that will prepare and orient all people toward the acquisition of the skills, habits and attitudes that are decisive for human capital.’

Aboriginal colonisation, the attempt to engineer a reverse takeover of Australia through a language of untouchability, reconciliation, spirituality, recognition and acknowledgment, does not address the needs of the minority of Aborigines, perhaps 20 per cent of the Aboriginal population, who are living in despair. They have been asked to build a New Jerusalem with depleted human capital on poor lands and with ancient political and cultural habits. This captive minority needs to reach out, literally, but their leaders are preventing them from doing so. The Aboriginal industry aims to isolate their captives more than 230 years after the rest of the world discovered Australia and changed it forever. This is a cruel neo-colonial endeavour as destructive as the colonial endeavour, but without the payoff of a better life. The industry hides the bigger truth – that most Aborigines have integrated.

There are numerous parts of the reframing strategy. Here are four:

First, pull down the charade that there are large numbers of Aborigines in Australia. The only growth in Aboriginal numbers is from city Aborigines who tick the box. The main strategy to oppose recognition is to stop ticking the box. Do not fill out any form that asks, ‘Are you Aboriginal?’ Whether the Census or a hospital surgery, or a government benefit, do not identify. Why play the game? It is an insult that anyone should be asked for their background.

Second, acknowledgments (and Welcomes to Country) which are fashionable in the cities, must stop. Before the next unthinking speaker reaches for their little slip of paper to read out an acknowledgment, they should consider the following. The recognition of ‘emerging leaders’ or ‘emerging elders’ is a contrivance in a ‘gerontocracy’ that even Aborigines do not like.  Related, not all elders are really elders. They are most likely people who pushed to the front in the politics of government preferment for Aboriginal organisations. Just as the rest of society chooses its leaders from among egoists, there is nothing particularly elder or impliedly ‘spiritual’ about it, as the Victorian government found to its dismay when looking for elders to consult in its treaty process.

Great weight is placed on traditional owners in some contexts, and elders in others. Traditional owners are a small subset of the Aboriginal population. Should elders be drawn only from the pool of traditional owners? If not a ‘traditional owner’, is the Aborigine a ‘project’ Aborigine – signed up for the project, or used for preferment in a contract bid, an ‘historical’ Aborigine – with memories from mission stations, or a ‘tick-the-box’ Aborigine – emotional identifiers with few connections to culture? Aborigines crossing into another tribe’s territory commenced a negotiation that may have started by offering women for use and ended in warfare or commenced with a deadly raiding party. Not all welcomes are the peace-and-love kind, the latter-day versions are part of the mythology of the noble savage, and they deliberately cover up the savage.

Third, on May 27, 1967, at a Commonwealth Referendum, Australians assured Aborigines that they would be counted and treated as equals. The anniversary of this day is an important marker on the road to equality, but contradicts the messages of Stolen Generations, or deaths in custody, or NAIDOC week, or national ATSI children’s day, or international day, which are anything but markers of equality. To the industry it matters not, the more chances to beat the drum the better. The list of commemorations is a testament to unresolved directions in Aboriginal policy – separation from modernity and acceptance of it.

None of the argument in my book, The Burden of Culture, disagrees with John Hirst’s observation in his 2006 essay ‘How Sorry Can We Be?’ of the liberal fantasy that dispossession could be achieved without bloodshed. A peaceful relinquishment of land may have been preferable, but that would have diminished Aborigines’ attachment to land, which was no doubt strong. Wishing it were different does not change history. To achieve the nation that was unachievable in Aboriginal hands, and to arrive at a form of reconciliation whereby all are regarded as equal, is surely the crowning glory. Any less would be unacceptable, any more would be fantasy. The best day to resolve these differences and to unite around one day, with all its emotions, is May 27, when the journey to equal citizenship was formally commenced.

Fourth, intermarriage has been a significant theme of the adjustment of Aborigines to their new world since 1788. There is no greater measure of reconciliation between two races than that people choose to share their lives. The intermarriage rate in Australia between Aborigines and non-Aborigines is very high. Aborigines in Victoria marry outside of their community in very high numbers – 82 per cent for men and women in Melbourne and 72 per cent for men and 75 per cent for women elsewhere in Victoria. Across Australia, almost 60 per cent of partners involving an Aborigine are with a non-Aborigine. It seems that deeply ingrained prejudices can be overcome when people are looking for life partners.

The white missionary Ethel Reeves (nee Gribble) married Fred Wondunna, a trainee preacher and Badjala man of Fraser Island, on December 30, 1907. This day should be declared a celebration of reconciliation and known as Intermarriage Day, as intermarriage is after all the most common form of relations between black and white in Australia. Much more common than a death in custody or a stint in jail.

On May 26, 2021, three Aboriginal leaders received the Sydney Peace Prize on behalf of those who drafted the Uluru Statement from the Heart: Noel Pearson, Megan Davis and Pat Anderson. Each speaks, reads and writes English, lives in a city, or is employed in a city and more than fully engages in public life, with their articulate voices. Similarly, there are eleven members of the Commonwealth Parliament and twenty-two members of parliaments in Australia of Aboriginal descent. There are many Aboriginal voices. Few speak an Aboriginal language, and all read, write and speak English. Each has a story that would inspire a child presently trapped in a remote settlement or in a regional centre who struggles to be free from foul relations and people behaving badly. These successful integrators made it without the extensive agenda promulgated by the industry. Indeed, as the agenda grows, it becomes less likely that a child will break free.

Gary Johns newly published The Burden of Culture, from which the above is excerpted, can be ordered here.

30 thoughts on “Reframing the Debate in Aboriginal Affairs”

John Rawls and the Aboriginal Question

Remedial Education for the Archbishop of Canterbury