The Enduring and Expanding Myth of Mabo 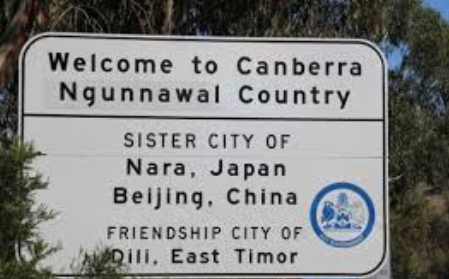 Some may remember from 30 + years ago (or can easily find online) the much expressed statement from Aboriginal activists, that:

That statement conveyed the timeless spirituality of the Aboriginal people and their intrinsic connectedness to Country; a relationship that non-Aboriginals do not have and never will have.  As such, it was also much touted by environmental activists of the Green Left as the only true way to live on this planet.

That profound heart-felt expression of timeless Aboriginal culture, which was much revered and respected by the Left, seemed to disappear from memory overnight when the High Court of Australia handed down its 1992 decision in Mabo v Queensland (No.2), and was soon replaced by:

“Always Was, Always Will Be, Aboriginal Land!”

This new slogan conveys the same reverence, profound spirituality and ancient Aboriginal truth and knowledge as the discarded old one, even though it would appear to be saying the complete opposite of what was once held to be a timeless and immutable truth!  As a non-Aboriginal, I find it hard to understand the shift in paradigm, and can only cynically surmise that it was the Native Title concept recognised by the High Court that is behind the new timeless expression of Aboriginal culture and relationship to Country.

The popular conception of Mabo, as told by the Aboriginal activists and the progressive Left, is that it falsified the doctrine of Terra Nullius (land without people), which supposedly was the legal fiction that the British used to justify colonisation, and instead recognized, at least in effect, Aboriginal sovereignty over land. But neither of these two things was declared in the Mabo decision!  What Mabo actually said, was that Australian Common Law recognises a form of native title in cases where it has not been extinguished, and stated in the decision’s third order that the Court:

No guessing where the sovereignty lies!

In other words, native title is a form of land ownership, similar to freehold title, existing with communities that can demonstrate that they have lived continuously on a certain area of land prior to British Settlement. In effect it is not dissimilar to that of a squatter, homesteader or leaseholder being granted freehold title.  Native Title is, of course, not the same as sovereignty, and like freehold title, does not apply to the minerals under the ground and can be resumed by the Crown if it is deemed in the national or state interest to do so, such as in the case of building roads, pipelines, harbours or airports.  Sovereignty is not ceded by the Crown when Native Title is recognised.

The fiction of Mabo grows in the imagination of the activists, who believe it was a milestone on the inexorable journey towards restoration of Aboriginal independence and sovereignty.

The next milestone being approached is the referendum to bring recognition of Aboriginal “first nations” to the Australian Constitution, the establishment of the permanent “Voice” in the Federal Parliament, and the “Treaty”.  This 30th anniversary of Mabo is ramping up a new drive towards these aspirations, and the Ngunnawal people have taken this opportunity to make their claim of ownership over the ACT and adjoining land in NSW!

11 thoughts on “The Enduring and Expanding Myth of Mabo”

John Rawls and the Aboriginal Question