Aboriginal Sovereignty and Section 44 of the Constitution 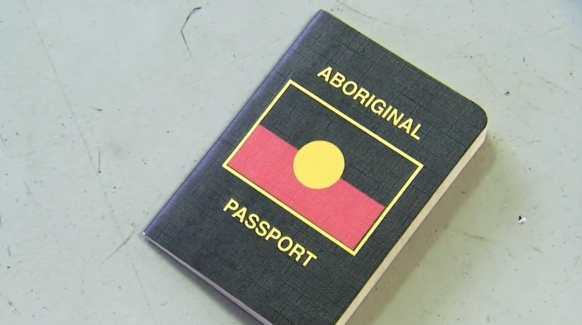 If Australian Aboriginals have never ceded sovereignty to the British Crown, as the activists tell us is the case, then aren’t they excluded from being a Senator or representative member of the Australian Parliament as per Section 44 of the Australian Constitution? Section 44 states at subsection (i.):

shall be incapable of being chosen or of sitting as a senator or a member of the House of Representatives.”

The Wikipedia article on Section 44 goes into detail about how subsection (i) has been dealt with in the High Court, including the “2017 – 2018 Australian parliamentary eligibility crisis”, and certainly it appears a good case could be brought to the High Court asserting that Aboriginal senators and members of the Federal Parliament, who proclaim that they are members of this or that sovereign Aboriginal nation, are in breach of Section 44 (i).

In the recent so-called “eligibility crisis”, even those Senators and sitting members of the House of Representatives with no knowledge they potentially held citizenship of a foreign sovereign nation were ruled to be ineligible to sit as members or senators.  Since the Aboriginal senators and members of the House of Representatives boldly and proudly declare they are natives of sovereign nations that were never defeated and never relinquished their sovereignty to the British Crown or the Commonwealth of Australia, then how can they not be in breach of Section 44 (i)?

Recently there were cases in the High Court (Love and Thoms) where it was ruled that a foreign national, that is someone born in a foreign country and who has never held Australian citizenship, cannot be deported from Australia if it can be shown that they had an ancestor that was an Aboriginal Australian!

Ireland apparently will accept you as being an Irish citizen if you can show that you had a grandparent who was a native of Erie/Ireland, but regarding Australian “Aboriginality”, there is no generational qualification, that is to say the ancestor could have lived on the continent pre-Federation or even (unlikely) pre 1770!  That High Court ruling must surely indicate Aboriginal Australians hold a nationality that pre-dates British Settlement and Federation?

The Uluru Statement From The Heart is very clear about the timeless sovereignty of the Aboriginal people:

Our Aboriginal and Torres Strait Islander tribes were the first sovereign Nations of the Australian continent and its adjacent islands, and possessed it under our own laws and customs. This our ancestors did, according to the reckoning of our culture, from the Creation, according to the common law from ‘time immemorial’, and according to science more than 60,000 years ago. This sovereignty is a spiritual notion: the ancestral tie between the land, or ‘mother nature’, and the Aboriginal and Torres Strait Islander peoples who were born therefrom, remain attached thereto, and must one day return thither to be united with our ancestors. This link is the basis of the ownership of the soil, or better, of sovereignty. It has never been ceded or extinguished, and co-exists with the sovereignty of the Crown.

Does it not sound like the Uluru Statement From The Heart is actually describing a case of “dual nationality” that is intrinsic with Aboriginal people?

The Constitution, however, makes no mention of Aboriginal sovereignty co-existing with the Crown.  Is this a case of wanting to have your cake and eating it too? As proof of Australian Aboriginal sovereign nationality, there is even a passport that some Aboriginal people have created and issued.

The first person who should be subject to this exclusion is Labor’s new Minister for Indigenous Affairs, Linda Burney. She has long been a citizen of a nation other than Australia, as she openly admits herself.

When first elected to the New South Wales Parliament in 2003 as Member for Canterbury she declared in her inaugural speech to the Legislative Assembly: “I am a member of the mighty Wiradjuri Aboriginal nation.” Since then, she has made no effort to resign her citizenship from this nation in central-western New South Wales. Surely she must be in breach of Section 44 (i). The High Court should act at once to declare Ms Burney an alien who is ineligible to sit in our federal parliament.

23 thoughts on “Aboriginal Sovereignty and Section 44 of the Constitution”