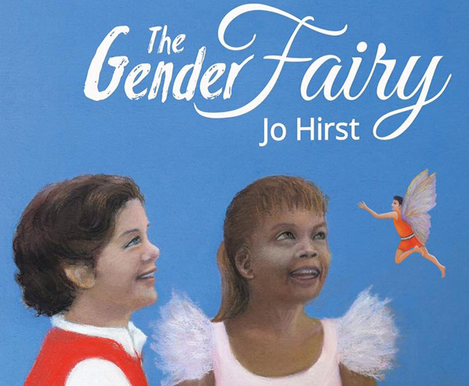 Melbourne’s Royal Children’s Hospital has some calm and soothing, matter-of-fact, trust-us-we’re-experts advice for the parents of boys who want to be girls and vice versa (emphasis added):

For others, living in their birth-assigned gender role is extremely distressing. In these cases, it is important for families to discuss with their child or teenager what they need to do to protect their physical and mental wellbeing, and consider seeking professional assistance.

For many transgender children and teenagers, the onset of puberty, with the development of secondary sex characteristics (e.g. breasts, changing voice) that don’t match their gender identity, is a particularly distressing time….

…. Once puberty has started, treatment options include the use of puberty blockers to stop the physical changes of puberty that the adolescent finds distressing.

2/ Stage 2 treatment involves using gender-affirming hormones (oestrogen or testosterone) to change the body to be more consistent with the teenager’s affirmed gender. Depending on the circumstances, this treatment can usually be started around the age of 16.

3/ Stage 3 treatment involves surgery, which is not commonly undertaken before adulthood.

According to US endocrinologist Michael Laidlaw, the RCMH isn’t doing those kids any favours. Indeed, by his reckoning they are being made ill:

“I call it a development blocker — it’s actually causing a disease,” Dr. Michael Laidlaw, an endocrinologist associated with Sutter Roseville Medical Center in Rocklin, Calif., told PJ Media. The disease in question is hypogonadotropic hypogonadism. It occurs when the brain fails to send the right signal to the gonads to make the hormones necessary for development.

“We’re talking about what in nature is a rare condition. In the United States, if someone has this condition it’s going to be recognized and treated so the long-term results are unknown,” the doctor explained. “It’s an area that needs to be explored further.”

While endocrinologists — doctors who specialize in hormones and the endocrine system — are familiar with the disease and gladly treat it when a patient has been diagnosed, many of them are effectively causing their patients to contract the same disease in an attempt to affirm gender identity, Laidlaw said. “An endocrinologist might treat a condition where a female’s testosterone levels are going to be outside the normal range. We’ll treat that and we’re aware of metabolic problems. At the same time, an endocrinologist may be giving high levels of testosterone to a female to ‘transition’ her.”

The result, according to Laidlaw:

When people are given far more of the opposite sex hormone than their bodies can handle, they are at “increased risk for cardiovascular disease, cardiovascular death, deep vein thrombosis. They’ve looked at adults taking these hormones and have seen already these cardiovascular risks.”

When these drugs are administered to children, “one would presume it’s the same or even worse, in the long run.”

Perhaps someone overseeing the thriving gender-switch business at RMCH should ponder Laidlaw’s objections, which can be read in full here.