All the news that’s fit to omit 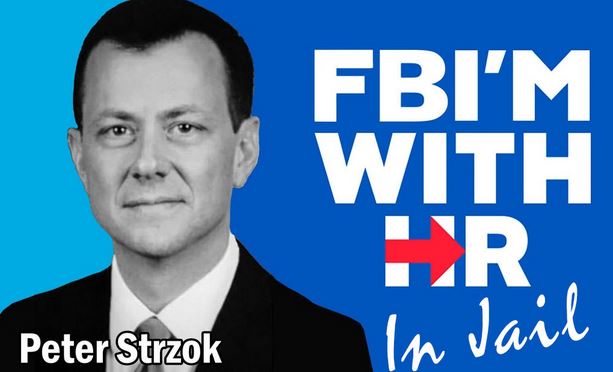 Ring a bell? Probably not — unless you have been following reports of the so-called Russiagate investigation via the Web and overseas press. But for reasons no astute consumer of the Australian media will need explained, Fairfax’s work-experience boy and girl editors, fresh from journalism school and imbued with their can’t-do-it/better-teach-it lecturers’ painstakingly imparted worldview, have mentioned that name only once in the past week, and then only in passing. Same deal at the ABC.

Why, it’s almost as if they don’t want readers to know their slobbering promotion of every dubious aspect of the alleged “scandal” — from that urine-soaked Moscow mattress to bogus reports of Trump offsiders’ notional meetings with Kremlin puppeteers — are less valuable than a single Fairfax share, which is to say 80 cents worth of nothing. They certainly don’t want to know about this.

For the record, and because you won’t read it anywhere else, Peter Strzok (above) is the Hillary-supporting FBI investigator who softened the language of that report on her illegal basement server, changing the charge of “gross negligence” to “extreme carelessness” and giving then-FBI boss James Comey the opportunity to let her off the hook. He was recently demoted due to some virulently anti-Trump tweets he exchanged with his lawyer mistress. She, by the way, is another Trump hater also involved in the, er, investigation.

But of course we live in Australia, where Fairfax and the ABC — and even to a lesser extent News Corp — believe little people are happiest when getting the mushroom treatment. Perhaps it has to be that way. Fire all your senior hands, fill your newsroom with cheap-to-hire children and, well, you are going to serve up news written in crayon rather than the light and shade of experience and professional impartiality.

Fortunately there is the Web and Mark Steyn, who has pulled together the warp and woof of a case apparently cut from the whole cloth of omission, mis-direction, fraudulent leaks and deeply compromised investigators. Steyn writes:

Most of the above is about connections – professional, social, class, ideological, attitudinal. But one text is suggestive of action. Strzok to [his mistress] Miss Page, August 15th 2016:

I want to believe the path you threw out for consideration in Andy’s office that there’s no way he gets elected — but I’m afraid we can’t take that risk. It’s like an insurance policy in the unlikely event you die before you’re 40…

“He” is Trump. “Andy’s office” is believed to be that of the Deputy Director of the FBI, Andrew McCabe, who was in charge of the Trump investigation — then just a few weeks old. The conversation appears to be a violation of the Hatch Act, which prohibits civil servants from engaging in political activity while on duty and in a government office.

But what does “I’m afraid we can’t take that risk” (of Trump winning) actually mean?

Does it mean, for example, that “I’m going to dress up this dodgy Christopher Steele dossier Hillary and Fusion GPS passed along to us into something a bit more credible-seeming and take it to the FISA court to get authorization to tap everyone around Trump round the clock until we hit paydirt”?

That is one of ten points Steyn makes about the Russiagate probe, the people running it, their associations and agendas. It’s not a pretty picture and the other nine points are equally damning. They can be read via this link or the one below. below.