All the news that’s fit to ignore 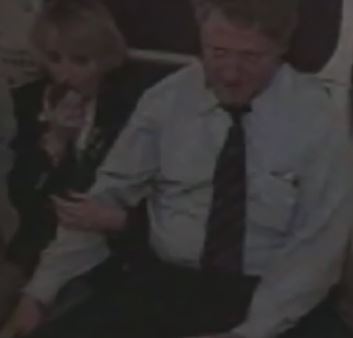 There is much to dislike about Donald Trump, including some, but not all, of his policies. One area in which he deserves a definite measure of sympathy, however, is the spate of ‘October surprises’ orchestrated by Hillary Clinton’s campaign and intended to see voters go to the polls on November 8 with thoughts of the Republican’s salty talk and roving hands foremost in their minds, rather than US border security, Islamist massacres and abandoned factories.

These accusations have been driven in part by the New York Times, which has run a barrage of stories quoting women who insist they were groped by the tycoon at various points over the past three decades — yes, more than 30 years, which the Times would doubtless prefer be seen as evidence of its exhaustive diligence in winkling out the truth.

Well it can’t denied that the Times has dug deep in this instance  — and, or so it would seem, selectively. Consider by way of contrast another politician, the Democrat Ted Kennedy, who was always a Times favourite and remained as such right up until his death in 2009, as might be inferred from the paper’s artfully worded obituary. That he once left a woman to drown in a submerged car was glossed over, presented as “a controversy” rather than a crime. Indeed, according to the Times, it proved something of a perverse blessing in that it inspired Kennedy to re-dedicate himself to the service of those who voted for him.

Some years later, after a night of riotous carousing in Florida, Senator Teddy figured prominently in reports and court proceedings when his nephew and drinking buddy, William Kennedy Smith, was charged (and subsequently acquitted) of rape. The difference in the way Kennedy and Trump were treated is telling.

While Trump’s accusers have been given sympathetic front-page coverage, with little or no background provided, Kennedy’s accuser was profiled to the most minute degree, from her lacklustre high-school grades to the lead foot that had earned her 18 speeding tickets in nine years and an affair with the scion of a prominent Miami family. Reporters peeked through her windows and informed readers that she was a single mum. The overall impression was of a slattern, quite possibly a gold digger to boot, who probably should not have been out and about and drinking unaccompanied in bars. That profile was so intrusive and prompted such a gale of  criticism the Times felt obliged to append a postscript disclaimer to the foot of the original story, both of which can be read here.

And here’s a further curiosity about the Times and its partisan eye. While Trump is being showcased as what women of a certain age once knew as “a masher” and against whom mothers warned their daughters to keep a hat pin handy, no recent mention whatsoever of Hillary Clinton’s priapic husband and his gropings, harassment and, if some of his female victims are taken at their word, actual rapes, nor of the former First Lady’s efforts to smear those women.

Atop this post is a still from a short video of America’s Commander in Cheat doing exactly what Trump is accused by the Times of having perpetrated: groping a woman on an aeroplane without her consent. Indeed the clip captures the unwilling object of Clinton’s affections attempting to keep his hand away from her crotch.

It can be viewed via the link below. Just don’t expect to see any reference to it in the New York Times, where the newspaper’s motto, ‘all the news that’s fit to print‘ should perhaps come with a parenthetic qualification ‘…against Republicans in general and Hillary’s opponent in particular.’