News from all over 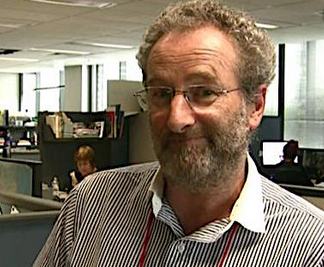 Appearing on the ABC’s Insiders, Drought Minister David Littleproud said he “totally” accepts climate change is disrupting rainfall. Signing off on the warmist agenda didn’t do him much good, however, as compere Fran Kelly still gave him a hard time. Mind you, it would likely have been an even more aggressive interview if the minister had been keeping up with the settled science, as conveyed by The Conversation:

…There is some evidence to suggest that widespread and prolonged droughts, like the Millennium Drought, are worse than other droughts in recent centuries, and may have been exacerbated by climate change. But the role of climate change in extended drought periods is difficult to discern from background climate variability. This is particularly true in Australia, which has a much more variable climate than many other parts of the world…

Treasurer Josh Frydenberg has also been making nice with the ABC, hailing Melbourne’s retiring 774 opinionista Jon Faine (above) as an unbiased, straight-arrow pursuer of truth:

I think he has been pretty tough on Liberal, Labor and independent alike,” the Treasurer says. “I don’t find him partisan, nor do I find him playing favourites … We might not always like what he has to say, but that’s not his job to be liked. It’s to be respected.

Frydenberg’s esteem for Faine’s “unbiased” approach isn’t shared by all, not even by the ABC, where Media Watch couldn’t help noticing an in-house shill for the Left.  As for ABC management, it had this to say about Faine’s selective outrage (emphasis added):

Audience and Consumer Affairs have concluded that the interviews [regarding Julia Gillard’s light-fingered ex-beau Bruce Wilson] were not conducted in keeping with ABC impartiality requirements. The argumentative style of the interviews by Mr Faine, combined with a pattern of strongly stated personal opinions that at times oversimplified the issues at hand, was not in keeping with the ABC’s rigorous impartiality standards for current affairs content.

That 17-point rebuke is no longer available on the ABC website, but one of the complainants, Michael Smith, has preserved in full the ABC’s response. Of course the Treasurer is a busy man, so he might not have heard Faine’s “unbiased” encounter with climate sceptic James Delingpole.

Faine’s smug screechiness isn’t the only thing about to vanish. So is the right of all Australians to climb Ayers Rock/Uluru. Campaigner Mark Hendrickx writes:

While there remains a very remote possibility someone in Parks Australia or some mug sitting on the park board or in the minister’s chair will see common sense and ditch plans to ban the world’s most iconic hill climb, the most likely outcome is that the immoral ban will go ahead as planned on 26 October this year.

Without bags of money, legal action to prevent the ban is unlikely to proceed. Also, despite being protected by World Heritage provisions and conditions in the lease agreement, the philistines that manage the park will also likely destroy the climbing infrastructure, including the life-saving chain, 50-year-old summit monument, memorial plaques, and remove the white-painted lines that safely guide people across the summit plateau.

Hendrickx makes an interesting point, if only by omission: while the Left has no shortage of lawyers and funding with which to harass any development project it doesn’t like, which is to say all of them, those of conservative bent tend to be armed with nothing more potent than grumbles and, ultimately, resentful acceptance.

With Jon Faine about to retire, perhaps he could find time to share a few pointers on effective activism. The “unbiased” sort, of course.