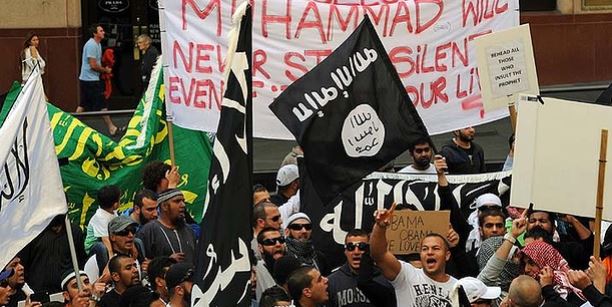 The oft-heard assertion is that multiculturalism brings us together and makes for a healthier and more vibrant society. As claims go, this one would be easier to accept were various ethnic groups themselves of one mind. As just two of the many submissions to the House of Representatives Inquiry into Multiculturalism demonstrate, this is far from the case. Consider the Islamic Council of Victoria’s explanation why Muslims tend to congregate in specific suburbs (emphasis added):

….housing affordability, access to multicultural services and a fear of racism is one of the reasons certain Muslim communities (but not all) congregate in specific suburbs (i.e. Lakemba, Broadmeadows) and not that there is a intent to create separate enclaves…

Clear on that? Well you won’t be after reading the Islamic Women’s Welfare Association’s (IWWA) submission:

In the case of migrant Muslim communities (be they just migrants or refugees) they prefer to be in close proximity to other Muslims. Primarily because they immediately feel accepted and supported hence they adapt easily and are more receptive to the Australian way of life.

So, just to be clear, one Islamic group says Australian racism herds Muslims into ghettoes, but another maintains that setting up house in an enclave of the religiously likeminded is the best way “to adapt” to the broader Australian society in which, also according to the IWWA, Muslims prefer not to live. A seemingly contradictory concept, it can be rather hard to grasp until you recall the prime article of the multicultural faith: emphasising difference and division is the key to unity and cohesion. Perhaps one needs to be a professional writer of requests for grants and funding to fully appreciate the subtlety of that position.

The good news is that unity within the Muslim community has been attained on at least one key point: the same Australian society in which Muslims decline to integrate, be that as a consequence of racism or preference, is morally bound to hand over more money. The IWWA, for example, believes taxpayers should subsidise the cost of airfares so immigrants can nip home to visit with kin and take part in cultural observances vital to their happiness.

Migrants face a lot of sacrifices such as having to travelling (sic) long distances to visit relatives, spending on communication costs, missing out on some events occurring in their native countries. This loss should be compensated by the Government in one way or the other to retain migrants in their country of adoption

Again, another strand of multiculturalism’s peculiar logic: If taxpayers won’t foot the bill for return tickets, we might be obliged to buy one-way tickets out our own pockets and leave for good. A terrible threat, indeed!

The Islamic Council of Victoria is also keen on taxpayer support. Having established, at least to its own satisfaction, that Muslims congregate in clumped suburbs for fear of racism, it follows that subsidies and programs are needed to redress the consequences of such injustice and intolerance:

Pathways to employment are harder for young Muslims due to lack of understanding of cultural norms (on the part of many newly arrivals) as well as fear of discrimination from employers. We recommend greater support of employment programs (targeting young Muslims) in areas with higher Muslim populations

Pity the young and unemployed Muslims who has braved Australian intolerance and lives other than in an Islamic enclave. No government support for him or her unless those individuals reside in “areas with higher Muslim populations.” Why, it’s almost as if Victoria’s Islamic Council thinks ghettoes are the way to go.

Worth noting is that, while the IWWA’s plea for airfare assistance (and ethnic home-buyer grants as well, it should be noted), has generated attention in today’s media, its submission was lodged way back in 2011. One can only wonder why it took so long for intrepid journalists to stumble across the story. Perhaps they were just  too busy reporting all the good news about diversity and cultural insularity.

Submissions, including the pair referenced above, can be downloaded via the link below. They make for interesting reading.