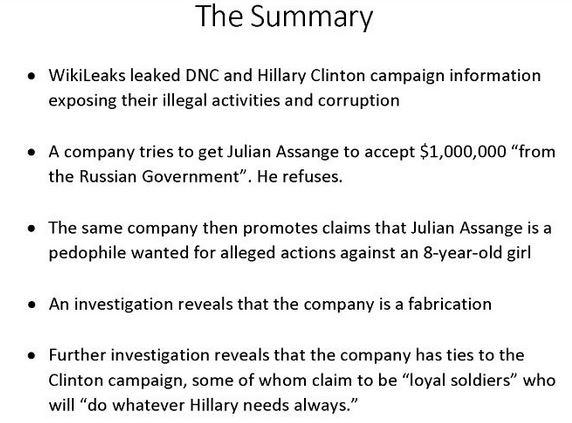 Today (Oct 20), in just a few hours’ time, Hillary Clinton will meet Donald Trump in the third and final presidential debate. Mrs Clinton, who must tread carefully, will be keen to walk the encounter toward the topic of her rival’s alleged mistreatment of women. Given that she is the enabler, apologist and wife of a man who educated a White House intern in the innovative use of unlit cigars, not to mention having been repeatedly accused of rape, this will require a degree of finesse.

Trump’s chore will be no less demanding. Throughout the campaign, and particular over recent weeks, he has attacked ‘Crooked Hillary’, attempting to turn the media’s gaze to the Clinton Foundation, its stated goals and principles, and the scrofulous states that have filled its coffers while actively suppressing any and all domestic movements aimed at achieving that which Mrs Clinton claims to hold dear. Gulf State potentates underwrite the Foundation’s feminist preachings while remaining determined to treat women as breeding stock and instruments of pleasure. The Democrat is apparently copasetic with this, just so long as the money keeps rolling in.

And Trump’s brief has just grown even more challenging, courtesy of Wikileaks and the recent ‘document dump’ that demonstrated how the Democrats’ “plumbers”, to borrow from Richard Nixon, and Hillary’s back-room operatives have schemed and conspired to suppress any further Wiki revelations. It is a complicated tale and presents Trump with the challenge of describing in but a few, sound byte-worthy words the shenanigans aimed at keeping Mrs Clinton’s chicanery under wraps, at least until after November 8.

Atop this post is a bullet-point summary of the gambits initiated by those intimately associated with the Clinton campaign and their dark dealings. The link below lays out the entire chain of bogus entities and machinations intended to put a lid on any further talk of the likely next president’s corruption.