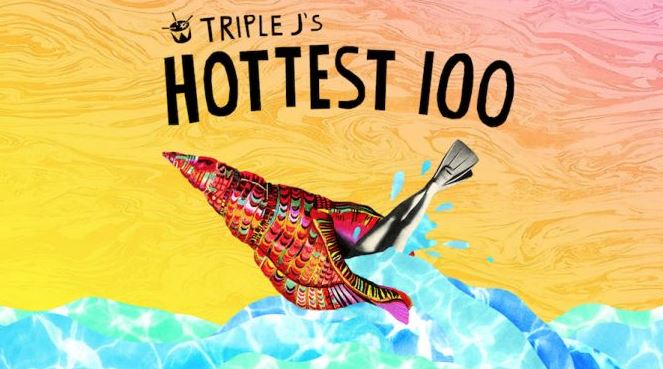 They’re  a precious lot at the ABC’s Triple J, so precious the youth-oriented station’s brass decided they couldn’t possibly put to air on Australia Day their Hottest 100, a programming staple seemingly long inspired by the national broadcaster’s perception that there simply isn’t enough discordant din being broadcast by its commercial rivals. This year, though, the programming was nudged to the day after Australia celebrated its birthday lest Aborigines be offended.

And the #1 hit? It’s a little number by US rapper Kendrick Lamar, “Humble”.  Here are the lyrics:

Nobody pray for me
Even a day for me
Way (yeah, yeah!)
Ay, I remember syrup sandwiches and crime allowances
Finesse a nigga with some counterfeits
But now I’m countin’ this
Parmesan where my accountant lives
In fact, I’m downin’ this
D’USSÉ with my boo bae, tastes like Kool-Aid for the analysts
Girl, I can buy yo’ ass the world with my paystub
Ooh, that pussy good, won’t you sit it on my taste bloods?
I get way too petty once you let me do the extras
Pull up on your block, then break it down: we playin’ Tetris
A.M. to the P.M., P.M. to the A.M., funk
Piss out your per diem, you just gotta hate ’em, funk
If I quit your BM, I still ride Mercedes, funk
If I quit this season, I still be the greatest, funk
My left stroke just went viral
Right stroke…

Readers can decide for themselves what Mr Lamar is on about, but a first impression of the rapper’s doggerel suggests he is a sexist, racist peddler of tumescent filth, much given to the use of “nigga”, that racist obscenity, and painting women as money-grubbing whores. It’s #metoo at the ABC, but only when it suits. Normally, when that ugly word comes up, the national broadcaster resorts to blizzards of coy asterisks.

But apparently no Aborigines are likely to be offended if Triple J decides as much, so that’s A-OK then.

As to Communications Minister Mitch Fifield, one gathers his favourite song remains The Sound of Silence.

For the very few Quadrant Online readers eager to endure Mr Lamar’s opus, know that you can take in his thoughts on black people, women, Parmesan cheese and face-sitting at this link or the one below.