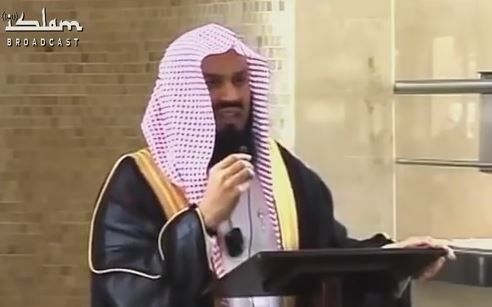 It’s a tough one, attempting to understand why some visitors to Australia warrant front-page attention and demands they be turned away while others do not. Geert Wilders, for example, prompted a hue and cry for asserting there are things about Islam which don’t sit nicely with traditional Western norms and values. His speaking tour went ahead, albeit with massive security and the usual crowds of loud, rude and sometimes violent dolts.

Same thing with Milo Yiannopolous, whose recent Melbourne address prompted both a riot and, courtesy of Victoria Police, confirmation that officialdom subscribes to something of a blacklist. The organisers of Yiannopolous’ tour were billed for $50,000, the cost of keeping him and his audience safe from the ferals who laid siege to the Kensington venue. And just by the way, a Quadrant Online question to Victoria’s police minister asking if the recent Invasion Day rally would be similarly charged for its massive police presence has gone unanswered. That would be the gathering where Oxfam worker Tarneen Onus-Williams yearned to see Australia incinerated.

Apparently the expression of some opinions comes with a price tag, while others incite no objection or media opprobrium whatsoever. Take Ismail ibn Musa Menk as another example.

Better known as Mufti Menk, some might recall him figuring in news reports back in 2016, when the RAN’s Mona Shindy was being promoted as the multiculti poster girl for the Australian defence establishment’s prevailing view that a post-modern fighting force should look rather like the Human Rights Commission’s Christmas party (except it wouldn’t be called “Christmas”). Ms Shindy urged followers of her official RAN twitter account to heed Mufti Menk’s YouTube videos, absorb his wisdom and admire his deep spirituality. Ah, but there was a problem, the usual one when Islamic advocates less slick than Waleed Aly are popped into the public pulpit:  those videos include imprecations against homosexuals, plus a variety of other fruit-loop fulminations.

In this video, for example, Mufti Menk explains to the faithful how

“99% of pop stars … sacrifice doves backstage. They all engage in Satanic behaviour. They all belong to a cult”

Readers can watch the sermon here or via the link at the foot of this post, and if paranoid ramblings about the West starving Muslims to death, demonic control of global irrigation projects and the lack of respect accorded learned scholars who know such truths all get a bit much, just skip to the nine-minute mark. You will never again look at The Wiggles the same way.

Mufti Menk’s preaching is such that British universities banned him from speaking, which is quite an accomplishment. When it comes to free speech, the academy generally limits its gagging to those on the right. He was also banned from entering Singapore, having been accused of inciting ethnic animosities and divisions.

But in Australia, well let’s just say Milo and Wilders have every right to be jealous. As the Australian Muslim Times joyfully reports,

Mufti Menk has returned to Australia but this time, his lecture series tour has made a beeline towards Melbourne for the very first time.

Two Melbourne mosques, Islamic Community Milli Gorus (ICMG) in Meadow Heights and the Australian Islamic Centre in Newport had the pleasure to welcome him in Melbourne during the first week of February 2018.

Quadrant Online is half-tempted to inquire if Mufti Menk’s handlers were charged for police protection, as were Milo’s backers, but why bother? In the Premier Dan Andrews’ Garden State the view from Spring Street is of an electorate populated entirely by vegetables happily waiting for their next manuring.