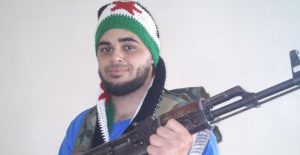 Being a generally polite and well-mannered bunch, most Quadrant readers would have little knowledge of, and less use for, the winning tactic in any and every barroom brawl: Hit the other bloke hard, fast and first. More important, if he looks like getting up, put the boot in and keep him down for good.

Three weeks after being called to account by the Abbott government over Q&A‘s hand-crafted and artfully scripted Zaky Mallah provocation, the shortcomings in the Prime Minister’s reverence for the Marquess of Queensberry’s gentlemanly rules are now apparent in Mark Scott’s return to full combative form. Capering defiantly amidst the overturned chairs, the ABC’s managing director seems to be enjoying a good laugh at the pathetic attempts of the past month-or-so to see the national broadcaster conform to basic standards of decency and fairness.

Indeed, from the distance of the livingroom sofa, that gesture he keeps making looks an awful lot like a single upthrust digit.

Meanwhile, up off the floor and back in fighting form, Mark Scott has commenced  the next stage of his two-fisted comeback. The Australian reports:

“I must say I thought it was a one- or two-day scandal that ran for three weeks, but I don’t think there’s been permanent harm done, just as there wasn’t permanent damage done when there was difficulty with governments in times gone by.

A government that understood how to deal with brawlers would be wading back into the fray, perhaps wielding budget cuts as a cudgel, even more determined than before to escalate the confrontation and win it. Alas, if Scott’s latest remarks do not inspire a response, we can conclude that Abbott’s curious and craven reticence to sink the slipper will continue to prevail.

The problem with immortality