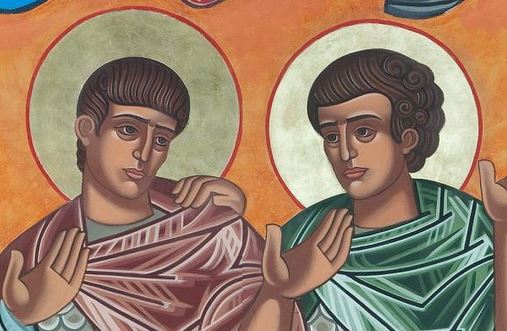 Remaining readers of Fairfax press will not have been surprised to learn that “even the Catholic Church once sanctified certain forms of same-sex relationships”, as senior lecturer in law at ANU Ron Levy asserted on Tuesday in his oped piece, “Seven common myths in the same-sex marriage debate“. They won’t be surprised because, having for years swallowed  the shock! horror! climate alarmism of The Age and SMH, not to mention the galloping victimology woven into every report on any topic that might possibly accommodate it, all the evidence says Fairfax readers will believe anything.

If Fairfax still had editors who, you know, actually edit, same-sex advocate Levy would undoubtedly have received an editorial query along the following lines:

Dear Ron,
You mention that the Church once endorsed same-sex relationships, which seems to be a claim based on the dubious scholarship of the late John Boswell, once the head of Yale University’s history department. According to his critics, and there are quite a few, Boswell’s gay activism led him to take quite a few liberties when translating the ancient documents he presents as evidence of the Church’s alleged enthusiasm for hot man-on-man matrimony. As one critic put it,

This liturgical ceremony, like all the others, specifically states that the blessing extends to a union whose love should be without offense or scandal.”

Boswell, however, didn’t like the translation “scandal,” and replaced it with “envy.” In another example of history at the service of the historian, Boswell changed the translation of one Greek term inside a blessing text from “chaste love” to “discretion,” obviously to deviate from any implication that chastity was an integral factor in monastic and temporal friendships…

Pretty damning stuff, eh? Could you get back to me ASAP about cutting or re-writing that claim? The Age and SMH have reputations to protect, and we can’t be publishing piffle, especially partisan piffle.

Alas, Fairfax no longer has editors worthy of the name, so a claim that the Church was just fine with men wearing each other’s ring went to press unquestioned and unqualified.

For an astringent critique of Boswell’s dubious scholarship, follow the link below.