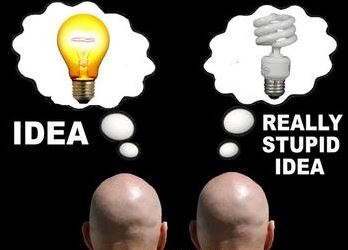 Perhaps because our species comes with ten fingers, ninth anniversaries are popularly viewed as dates of little significance in the grand scheme of things. There can be exceptions, however, and this coming weekend — February 20, to be precise — will be just such an occasion, the reason being not so much the circuits of the sun our planet has completed since a momentous decision was made, but the identity, acumen and credibility of the individual who made that initiative’s implementation his personal and moral crusade.

As of Saturday, it will be nine years since he began the process that banned old-fashioned, cheap and reliable incandescent light globes and mandated their replacement with planet-saving compact fluorescent ones (if you ignore their mercury content, health risks and landfill contamination).

Oh, but it was to have been golden era, albeit illuminated by the eye-straining white light and virtuous green penumbra of Turnbull’s great gift to Big Fluoro. What manufacturer does not dream of seeing inexpensive, off-patent technologies replaced by products, their products, costing ten times as much? That negative received little attention at the time and, when it was mentioned, carbonphobics dismissed such concerns as beneath contempt. Quibble about a few extra dollars when the fate of the Earth hangs in sweaty balance? How dare you!

The Sydney Morning Herald, to cite but one institution beset then as now by the dimmest of dim bulbs, perceived in the initiative further proof of the unique radiance that beams from every orifice of the man who would become the nation’s leader. Here is a little of that report from 2007:

Though the days of supermarket shelves full of 40-cent light bulbs may be numbered, the lighting industry predicts the price shock will not last long. In many cases, compact fluorescent lamps sell for about $10 each, but typically last six times as long as their predecessors.

Really? Six times as long? At Quadrant Online’s office in Melbourne, the fluorescent bulb above this very desk has blown out three times in the past 14 months, each replacement costing something like $4. More than that, because the light they shed is inadequate, a second bulb must burn in its desktop lamp to illuminate the keyboard. If there are energy savings in replacing a single bright light with two inadequate ones, perhaps one needs to be a psalm-singing warmist to recognise the advantage.

That is not the way it was supposed to work out, of course. As the SMH also asserted nine years ago,

EnergyAustralia says by using just one 15-watt compact fluorescent bulb instead of a 75-watt standard bulb, consumers could save about $10 a year.

Savings? If any Quadrant Online readers have seen their power bills decrease over that period, don’t hesitate to drop a line and let us know. The prospect of our email in-box being overloaded seems rather remote.

And what was it all for, this new and Turnbull-inflicted dark age in which we must wait in gloom and doorways while “eco-friendly” bulbs take their sweet time to achieve maximum brilliance, such as it is is? Why, to make the planet healthier, don’t you know! The SMH‘s prophecy:

…replacing the old bulbs with compact fluorescents in homes could cut greenhouse gas emissions by as much as 800,000 tonnes a year in 2008-12. Australia’s emissions in 2004 totalled 564.7 million tonnes.

No less absent than a sense of shame, a mastery of numbers and sums has never been a strength of those who run Fairfax Media. Were that the case, the board and editors would ritually disembowel themselves to escape the ignominy of plunging circulations, declining online subscriptions and, as the stock market has noticed, a share price that has spent so long in the cellar that the small change wasted on one copy of The Age or SMH could purchase two FXJ shares. Savvy investors spurn both options.

Why, an incredible 0.14%. Yes, a reduction of no more than a mere whisker above one-tenth of one percent! With achievements like that, is it any wonder the Dark Prince of Point Piper was destined to rest his head upon a pillow in the Lodge?

Just for a laugh, the SMH‘s unofficial press release for Big Fluoro can be read via the link below.

Reap what you sow