How to Win Elections without Getting Most Votes 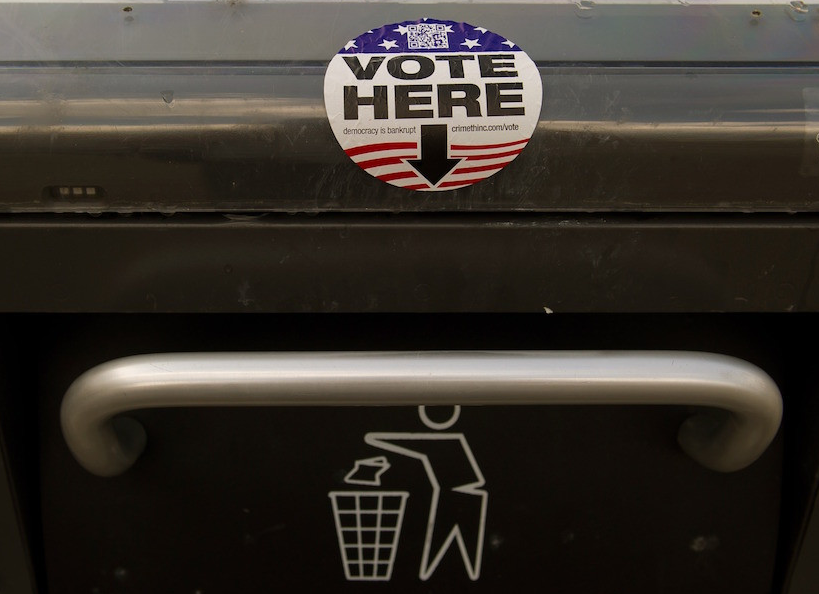 In immigration law tribunals around the Anglosphere, a rule seems to have emerged that simplifies the business of guesstimating how cases involving either the entry or deportation of migrants or refugees will eventually be decided (even after many an appeal has been turned down): It ain’t over till the migrant wins.

Thus terrorists, rapists and career criminals are permitted to stay in once-peaceful countries because their right to a family life will be denied if their families won’t return to their country of origin along with them. (And amazingly enough, they won’t.) Even when governments strain to reject or deport them—and even have planes waiting on the tarmac to whisk them off to Rwanda or Nigeria—the labyrinthine coils of migration and “human rights” law somehow encircle their nervous systems and render them helpless before some hyper-liberal judge or NGO recognised by the United Nations as a key player in “international civil society”.

And then, eventually, the appeals process exhausts the government, and the migrant wins.

Looking at the surprise results in the US mid-term elections, we may be able to discern in their long, winding and uncompleted processes the faint shimmering mirage-like image of a similar rule. Before we get to that image, however, what was the surprise in the results?

As it looks, less than one week since election day, there were two surprises. The first was that despite innumerable advantages in policy and various signs and portents in the opinion polls and the heavens, the expected “red wave” of Republican victories never occurred. Some House and Senate races are still undecided, and the GOP won seats in Florida, New York and California, but elsewhere it either trod water or lost ground in both Houses of Congress. You may know better as later results come in, but at the time of writing, (a) the Democrats control the Senate, by 51 to 49 if they either win the run-off race in Georgia, or by the Vice-President’s ability to cast the deciding vote in a 50-50 Senate tie; (b) the GOP will have a very narrow majority, if any, in the House; and (c) America’s governors are now split almost evenly between the parties. That’s not the result that either party was expecting from the mid-terms because both Republicans and Democrats had told pollsters that America was heading in the wrong direction.

Now, here’s the surprise within the surprise: the national popular vote for House candidates—which is the single best guide to the state of national opinion—was a victory for the GOP with Republicans (51.4 per cent) leading the Democrats (46.7 per cent). Not quite a landslide, but a healthy result which, however, produced a net Republican gain in House seats only just creeping into double figures.

If we compare how similar vote increases corresponded with gains in House seats in earlier elections, we find that on past performance the GOP might reasonably have expected to win anything between forty and sixty more seats. How can we explain this discrepancy?

That’s quite hard to do. It can’t be explained by some of the reasons given for the GOP’s disappointing results even if they explain particular defeats or failures to win expected ground. Two such are (a) the aversion to Donald Trump of many voters who are either ultra-progressive Democrats or Republican Never-Trumpers and (b) the adverse reaction of many women voters to the Supreme Court’s ruling that there never had been a constitutional right to abortion.

These reactions are real enough, and they explain some of the GOP’s defeats. Some Republican candidates who won their party’s nominations because of Trump’s support—for instance, Mehmet Oz in Pennsylvania—lost to quite weak opponents because either they were themselves inexperienced candidates or they were tainted by the Trump connection. Several Senate seats seem to have fallen to the Democrats because of the latter. But will Trump be on the ballot paper in 2024?

There’s a small silver lining for the GOP in that question: namely that insofar as the above explanation is generally accepted, it will weaken Trump’s prospects if he runs again for the presidency in 2024, especially against Florida governor Ron DeSantis who won a personal landslide in his home state and now looks like a very strong contender with few of Trump’s drawbacks. So far Trump is handling the prospective challenge from DeSantis very clumsily. His “De Sanctimonious” had nothing of the bite of “low energy Jeb” in 2016.

That’s only modified rapture for the GOP but it’s reinforced by the matching result for the Democrats that because electoral disaster was avoided, President Biden is likely to run again in 2024 as well, unless the Grim Reaper intervenes. He’s a weak candidate at this point, and the inflationary recession that most economists expect between now and the election will weaken him further. Unless Trump is his opponent, he’ll start at a disadvantage against almost any GOP candidate. But a contest between Biden and de Santis would have Republican strategists licking their lips in anticipation of a landslide (almost as hungrily as, er, last week).

Might the abortion issue have a similar impact in future elections? That depends. Exit polls suggest it was probably the second-most powerful impulse for voting (after inflation). But it wasn’t a monolithic defence of abortion rights. Those who voted on abortion split 40-60 for and against the Supreme Court decision. Tellingly, there were even close results in state referenda on whether babies who survived abortions should be protected in law or allowed to die.

But how many American voters actively favour infanticide? If the answer is “enough to win elections”, the Republic is in greater moral danger than we’ve hitherto suspected. It is surely likely that at least some of those who voted for such grisly measures did not realise exactly what was on the ballot paper. If so, many Republican candidates can’t escape some responsibility for that lack of understanding because they largely ran away from defending the Supreme Court’s decision and making the case against state-supported death. Unless they learn to make such arguments effectively—which should not be beyond them—they will face potential defeat in state elections and referenda between now and 2024.

Nor can they abandon pro-life issues in a presidential year because that would alienate the four out of ten voters who support their party on abortion and the other “social issues”. They had better learn that you can’t win an argument you don’t fight, and as it happens Governor de Santis has profitable lessons to teach them on exactly that.

All that said, the particular defeats arising from the “Trump Touch” and Roe v Wade can’t fully explain the discrepancy between the Republican votes cast and the GOP seats won in 2022. When one side wins more votes and the other side wins more elections, the reason might be that the votes are cast in the wrong areas—“wasted”, as the phrase has it, because they pile up uselessly in “safe” party constituencies while the other side usefully wins all the tight races.

But that possibility doesn’t seem to apply to the 2022 election because the Democrats won more than their share of close races while also winning large majorities in their own secure redoubts. So what explanation is left?

Unfortunately, the only one that appears to fit the facts is that something odd is going on, and even more unfortunately that’s an explanation we’re not allowed to consider because it comes from unrespectable sources rather than the reliable mainstream media like the New York Times and NBC. That explanation has something to do with the fact that in recent years universal voting on election day (with the result announced that evening or the next day) has been replaced with complex electoral arrangements that combine votes mailed in over a long period with drop-box ballots distributed unevenly across the states and arrangements that allow voting after the polls close, to be verified later, and also (of course) election-day voting—all the different ballots being then moved from localities to vast centralised counting halls, “put into the system”, collated, and finally revealed by degrees over a week or two to the waiting world with only one certainty or, to be fair, one likelihood: It ain’t over till the Democrat wins.

Something like that seems to happening this time around, with voting machines misfiring in some areas, vote counting that takes forever to count 50,000 votes (or the electorate of a UK or Australian constituency), and a candidate for the governorship of one state also being in charge of the electoral process.

It may be all above board, but it doesn’t look that way. As Walter Kirn explained it to Matt Taibbi on the latter’s independent news site, America This Week, about the counting in Las Vegas in the hotly contested state of Nevada: “If they counted money the way they’re counting ballots, those people would be in Lake Mead tied to a cinder block. The outsider, the American citizen, has every right to feel that these processes are simple, objective and rapid.” The fact that citizens can’t feel any such confidence has consequences—namely that neither they nor the election losers in particular will retain their confidence in the fairness of the system—and the principle of “loser’s consent” will gradually evaporate

The Catch-22 in this debate is that you’re not allowed to question either the fairness of the results in this electoral maze. If you do so, you’re an “election denier” and therefore an enemy of democracy. As President Biden’s press spokesman has said of these long delays in counting: that’s how the system is supposed to work. Well, yes.

3 thoughts on “How to Win Elections without Getting Most Votes”

Can Dumb Luck Save Malcolm Turnbull?