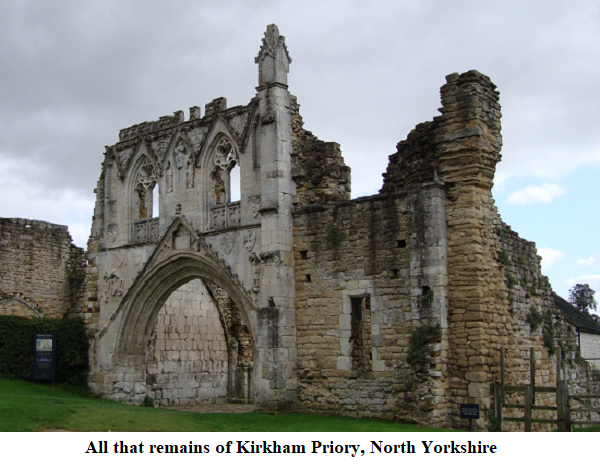 An unknown Anglo-Saxon wrote The Ruin, a poem about Roman remains, which starts: “This masonry is wondrous; fates broke it / Courtyard pavements were smashed; the work of giants is decaying …” Ethnic inheritors took up this mordant tradition, especially after the sixteenth century, when scholars like Leland surveyed the Reforming realm. They noted the state of the nation as they peregrinated along echoing highways from decaying towns to dissolved abbeys, and from forlorn great houses to silted-up ports.

Later wars and the Industrial Revolution added to plangent awareness of history’s contingency, so Matthew Green’s Shadowlands: A Journey Through Lost Britain stands in a long and lugubrious line, looking at Britain less through its attributes than its absences. Antiquarians have always sought solace for private desolation in grand historical impersonality, or see ruins as epitomising human folly and vanity, and the impermanence of all sublunary schemes.

Green starts at Skara Brae on the Orkney Islands. “Scotland’s Pompeii” was inhabited before the first stones of the pyramids were placed at Giza, and abandoned around 2500 BC. It became mounded in sand, and fell out of ken until 1850, until wilder than usual winds whipped away dunes to reveal ten sandstone houses, equipped with bedsteads, dressers and tables, and even sewerage, insulated by earthen banks. The pounding surf was then a mile away, and there was a wider world-awareness. The archipelago lay on trade routes connecting northern Europe with Ireland, and had notable sacral sites. The Orkney vole originated in modern Flanders, and there would have been drifting trans-Atlantic timbers, evoking fantastical lands out 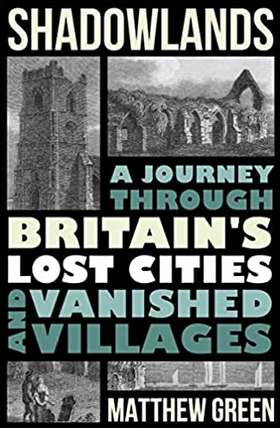 in the illimitableness. Artefacts betoken timeless comforts by these long-forsaken firesides—beads, paint-pots, and a necklace of orca or walrus teeth. The later insulation and roofed passageways which make Skara Brae unique suggest its last inhabitants may one day have had enough of the winnowing winds, or sweeping sand out of their sea-shaken houses. But their foundations foreshadow far-future cities.

In 2002, a Monmouthshire farmer noticed moles throwing up potsherds in his fields. This renewed the tradition of the lost medieval city of Trellech, legendarily the biggest in Wales. A young archaeology graduate staked his savings buying a field, and found impressive remains. He attracted the withering attentions of professional archaeologists, who doubted Trellech had been large, on this landlocked and river-less plain. Yet the times had demanded rapid constructions by Anglo-Norman earls to cow the Welsh, establish themselves, and guard against baronial rivals. The local lords, the Clares, built on a near-kingly scale across their “regalities”, and the hamlet grew into the second-largest city in Wales between 1246 and 1288, like later boom towns of America mushrooming in an unsettled West. Trellech frantically mined iron and forged weapons until the Welsh threat receded, and the male line of the senior branch of Clares ended at Bannockburn. Six decades after the iron-rush, grass was sprouting in the streets.

New Winchelsea was laid out in radical grid form by Edward I to replace Old Winchelsea, stolen by the sea in storms. It was designed to keep an eye on France, and as home port for pirates plundering foreigners, or visiting murderous mayhem on rivalrous English havens. Medieval denizens like William Half-herring are revivified on their sea-staring hilltop, alert for enemies, or traders importing Gascon vintages by the millions of tuns to keep England Merrie. Passing ships were expected to “vale their bonnets” (dip canvas) to evince respect, at hazard of attack. Winchelsea became the chief of the Cinque Ports, whose three lions-becoming-ships crest recalls the amphibious and vaunting nature of the area, and era. In 1350, Edward III’s fleet trounced Castilian corsairs off the town, scuppering the dreams of their chief, who had rashly vowed to “obtain dominion over the English sea, and then invade England and exterminate its people”. In 1360, a French force slaughtered townspeople in St Giles’s church, dumping them in what is still called Dead Man’s Lane. The harbour became blocked, the River Brede dwindled to a stream, and the town started to be pulled down. By 1831, the puissant port was a rotten borough, whose two MPs represented eleven electors.

Wharram Percy waits in Yorkshire, once property of the Percys, power-brokers of the North. Scottish moss-troopers sometimes advanced this far, but it was the Black Death that indirectly wrought Wharram’s overthrow. The village weathered the plague, but with fewer field-workers, who now demanded better wages. It became cheaper for proprietors to turn over estates to sheep, and around 3000 villages faded from the landscape between the 1340s and Tudor times, leaving just folk-memories, mounds under moors, and stranded churches to recall centuries of life.

Sea-eaten Dunwich has been immortalised by writers from Swinburne to W.G. Sebald, whose 1995 novel Rings of Saturn visualised East Anglia as a gigantic mausoleum. Out there under waves lie woods where hunters hawked, imposing ecclesiastical buildings, unavailing gates and walls, and countless houses, workshops and wharves, seaweeded spoor of ancient energies. All that survives are the westernmost fringes of Dunwich’s westernmost parishes and, in a scraggy field with ponies, the haggard arches of Greyfriars Priory.

St Kilda, 110 miles off mainland Scotland, was finally abandoned in 1930, but inhabitants had long been leaving for the mainland or Australia, worn down by isolation and endemic tetanus. The only interesting thing that ever happened was in 1918, when a German submarine bombarded the Admiralty signal station, collaterally killing a lamb. Matthew Green conveys a self-contained world filled with everyday effort, and the blasé heroism of dangling off cliffs gathering gull-eggs, an incestuous existence among oceanic immensity, its protracted winter nights lit only by flickering bird-skull lamps or the Aurora Borealis.

Norfolk’s Stanford Training Area (STANTA) comprises six settlements taken by the army in 1942. It had a “Nazi village”, a combat training zone vaguely resembling a Continental town of the kind British troops might contest. Post-war STANTA was even stranger, with a “Northern Irish” village, a “Soviet” city and “Afghani” back streets—an exotic mise en scène with fake houses, a bazaar with fake produce and chicken-slaughtering tables, artfully strewn with rubbish, and with soundtrack of Pashtun radio, attack helicopters and muezzins calling to prayer. During exercises, Afghans masqueraded as the Taliban they’d fled from, and real amputees would enact suicide-bomb casualties, leaping out at recruits, screaming and streaming “blood” so convincingly some squaddies fainted.

Shadowlands “ends” with Capel Celyn, a Welsh village drowned to make a reservoir for Liverpool—a lightning rod for nascent Welsh nationalism, and emblematic of the arrogance of big bureaucracies. Capel was not just people’s homes, but a predominantly Welsh-speaking district when the language was in retreat. The villagers turned up at Liverpool City Council’s “debate”, singing hymns until councillors admitted their spokesman (before voting to proceed with the scheme). When obtuse Liverpudlian dignitaries turned up at the official opening in 1965, activists attacked their limousines, threw bricks, and shouted down the speechifying—a rare opportunity for “shadowlanders” to make a purgative (if pointless) last stand.

There are errors: tumbleweed doesn’t blow across Britain, and the “golden pheasant” seen at STANTA was plainly intended to be “golden eagle” (incorrect anyway, because Norfolk has sea eagles). But nothing obscures Green’s empathetic erudition, or clouds his conjuration of still-potent places—redolent symbols of past sacrifices and future fragility.

Derek Turner is a novelist, and reviews for journals including the Spectator, Country Life and Irish Times. His first non-fiction book, Edge of England: Landfall in Lincolnshire, was published by Hurst in July

Religions in Decline and in the Ascendant