Down on Canal Street 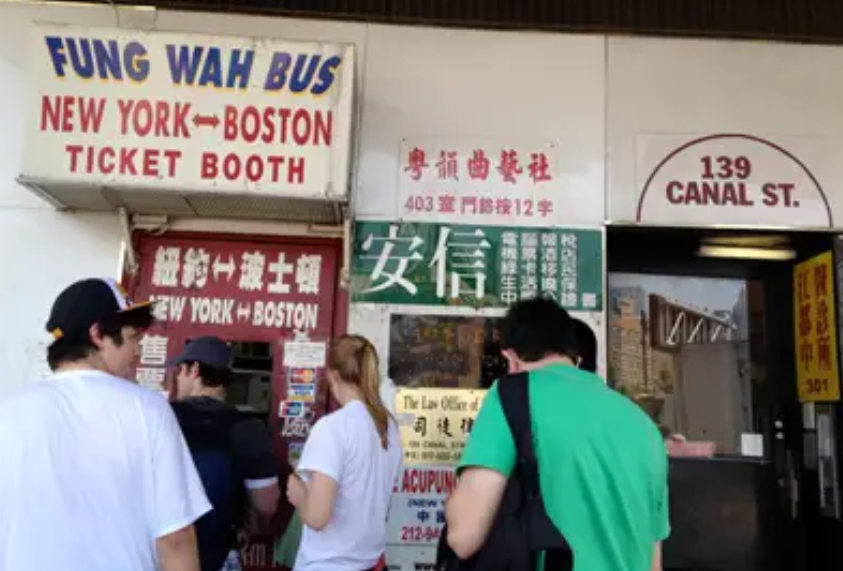 “Say what you will about the Mafia,” a Greenwich Village neighbour of mine once told me, as we were chatting on a late summer evening, “but when they were around, you could leave your wallet on the front seat of your unlocked car and it would be there the next morning. People knew not to mess with this neighbourhood.”

My neighbour is an eighty-year-old lesbian who moved to the city in the late 1950s, found her tribe in the Greenwich Village coffeehouses and dark-panelled bars, and never left. She has shown me photographs of herself as an idealistic young woman, dressed in a simple tweed skirt and sweater and sporting a short no-nonsense haircut, off to work for Democratic Mayor Robert F. Wagner, the Good Government leader of New York from 1954 to 1965.

And then a few pages on in her photo album, the tweeds are replaced by bell-bottoms and Day-Glo colours and she’s a downtown hippie marching for peace and gay rights. A few more pages: in outdoorsy clothes at a nuclear weapons protest in Washington Square Park. A few more: testifying at City Hall against the rampant gentrification of downtown Manhattan in a 1990s business suit.

Times change, of course. The current crime wave is turning old liberals into cranky conservatives, which is what crime waves always do.

These days my neighbour is mostly nostalgic about the Pax Mafiosa that ruled Greenwich Village until the late 1970s. And sometimes, after a glass or two of wine, she’s even willing to set aside her progressive politics and say nice things about Rudy Giuliani, who presided over a steep drop in crime during his mayoral administration.

Mostly though, she sits on the front stoop of the townhouse she purchased in the 1960s and complains about all of the rich people moving into the neighbourhood.

Whenever I walk by with a coffee from the local coffee shop—which happens daily—the conversation is always the same.

“Whadya pay for that coffee?” she always asks.

She shakes her head in disbelief. “Five bucks for coffee! Crazy. Wish I had your money.”

And then I smile and walk home and trudge up three flights to the apartment that I rent which is right next door to the townhouse she owns, which she purchased in 1966 for US$40,000 and is now worth around US$14 million. But whatever you do, do not mention this to her or suggest, ironically, that hey I guess gentrification isn’t so bad because, believe me, you will be in for a lecture.

A famous and successful chef once told me that he has never—not once!—ridden in an Uber. Too expensive, he said. And why, when the subway is only a few bucks? And then he added that his daughter and son-in-law confided to him that they haven’t taken the subway in twenty years. They think they’re rich, he said. (To which I did not respond: they will be, though, won’t they?)

A hedge-fund billionaire once told me about a recent visit to his East Hampton house by a plumber, who came to fix a toilet that kept running.

“Rob,” he said, “he fixed the toilet in no time, took him all of fifteen minutes. And do you know what he charged me? Eighty dollars. For fifteen minutes work!”

The billionaire shook his head in affable shock.  “Rob,” he said, “I think I am in the wrong business.”

So when my neighbour inveighs against “gentrification”, it should come with a trigger warning. What she means isn’t that the streets are cleaner and the shops more chic. What she means is that because of rising property values and a forty-year bull market, she is suddenly surrounded by people she has spent a lifetime campaigning against. Worse, she is now one of those people herself.

Manhattan, as everyone knows, has been in a continual state of gentrification since the Dutch settlers swindled the local natives out of the entire island. From that moment forward, New York was perpetually fixing itself up, moving north to the Harlem River, building and rebuilding subways and elevated trains and entire city blocks.

For instance, Canal Street runs east-to-west through the belly of the island and connects the Hudson River to the East River and across the Manhattan Bridge to Brooklyn. Robert Moses, the nearly unstoppable city planner who razed parts of the West Side to build Lincoln Center and replaced noisy, lively and untidy parts of the city with featureless, drab high-rise apartment blocks, had his eye on Canal Street for decades.

What he wanted to build was a Lower Manhattan Expressway—dubbed The LoMEx—which would replace noisy, lively and untidy Canal Street with an elevated highway for automobiles. Tear all that disordered rubbish down, was his general idea, and replace it all with smooth asphalt.

The plan was attacked by city activists like my neighbour and eventually scuttled, which is why Canal Street remains a splendidly ugly place, with sidewalk bazaars spread out on the pavement and hawkers selling counterfeits of nearly every luxury brand. Chic young women from uptown neighbourhoods walk along Canal buying fake Chanel bags and lookalike Hermès scarves, knockoffs of things they could not possibly afford to buy from the official, legal boutiques.

Chinese shopkeepers beckon passersby with offers of watch batteries, Nikon cameras, foot massages, T-shirts and reflexology treatments. On the eastern end of the street, a ramp curves up and onto the Manhattan Bridge, though Canal Street continues for several blocks in its shadow.

Which is where it gets interesting. A few streets past the entrance to the bridge is a cluster of small storefronts that are home to what is generally referred to as the Chinatown Bus, but what is actually a collection of independent companies running cheap bus lines between New York and unfashionable parts of the country.

The bus companies have Chinatown-sounding names—WandaCoach, ILoveBus, PandaCoach—but the passengers are a diverse collection of New Yorkers who are actually poor, unlike my millionairess lesbian next-door neighbour, who refuses to accept that she’s loaded.

Here is where you can buy a low-priced bus ticket to Greensboro, North Carolina, or Dayton, Ohio. Here is where passengers gather on the sidewalk surrounded by shopping-bag luggage, heading off to places it would otherwise take several unaffordable flights to reach. Kids are already in their pyjamas—most of these trips are ten or more hours—holding blankets and pillows and small bags of homemade snacks. It’s the kind of disordered and scruffy scene that would cause Robert Moses to have a nervous breakdown.

It’s unclear how Moses felt about poor people, but one thing is certain: he hated the way they looked. The public housing towers he built were designed to tuck all the ugliness away, to store it in silos and out of sight.

Moses believed in gentrification by bulldozer. The roadways he built and the public spaces he proposed required whole neighbourhoods to be demolished, crowded places where family squabbles spilled out onto the street and each block was festooned with hanging laundry. Wouldn’t this place be nicer, he thought, if we could flatten all of this crap?

My neighbour is utterly unfamiliar with the Chinatown Bus. If I could somehow persuade her to leave her sentry post on the stoop and head downtown with me, she probably wouldn’t notice the passengers waiting on the Canal Street sidewalk, at least at first.

She’d cluck-cluck at the fashion victims buying fake handbags—Gen Z materialism!—and point out the prices at the trendy drinking spots around the corner of Canal and Orchard—foodie elitism!—but she would overlook the queues waiting for a PandaCoach to Indianapolis.

But then, progressive activists always have trouble with the working poor. They prefer the kind of abject Dickensian poverty that can be ministered to, the kind that calls out for boldly intrusive policies and new government interventions. For a certain kind of urban activist, a poor or homeless person is only interesting if there’s a political axe to grind. Addressing the city’s homeless problem, for instance, is merely a vehicle for more housing subsidies and real estate regulations—despite overwhelming evidence that the two issues are wholly unrelated.

But poor people actually making do? That would be an affront to the progressive sensibility, which requires a villain—the evil landlord, the corrupt cop, the systemic bigotry that permeates all of American life, yuppies, gentrifiers, whatever—to denounce in an angry demonstration on the steps of City Hall.

I’m convinced that my neighbour’s first response—bless her—upon noticing the ad-hoc bus station on the corner of Canal and Forsyth would be to wonder if the companies were regulated tightly enough, if the buses were environmentally safe, if the passengers were required to wear masks. She might even agitate for their banning completely, on the grounds of safety, or equity, or some other nonsense.

In New York, people have a hard time being honest about money. Some buy fake purses to look richer. Millionaire homeowners grumble about gentrification. Billionaires envy the plumber. About the only honest, well-adjusted people in town are down on Canal Street, waiting for the WandaCoach.

13 thoughts on “Down on Canal Street”

Down on Canal Street