The Triumph of Memory over Forgetting 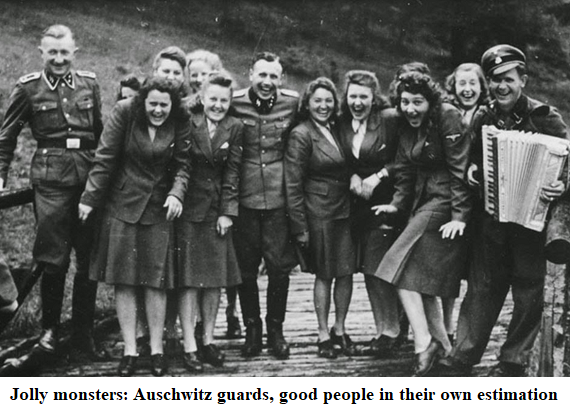 This is an extract on extermination/concentration camps from a forthcoming book on political literature titled Control Freaks Writ Large, to be published by Connor Court. The writers considered are Tadeusz Borowski and Primo Levi on the Nazi camps, and Alexander Solzhenitsyn and Varlam Shalamov on the Soviet ones.

In some extermination camps a contrast was evident between the everyday life of the guards (soccer, musical concerts, nature, sunny days) and the incomprehensible slaughter going on nearby. It was like being in another world; the narrator cannot connect the two. One passage in Tadeusz Borowski’s account claims the concentration camp is a paradigm of all life:

We told them with much relish about our difficult, patient, concentration-camp existence which had taught us that the whole world is really like the concentration camp; the weak work for the strong, and if they have no strength or will to work—then let them steal, or let them die. 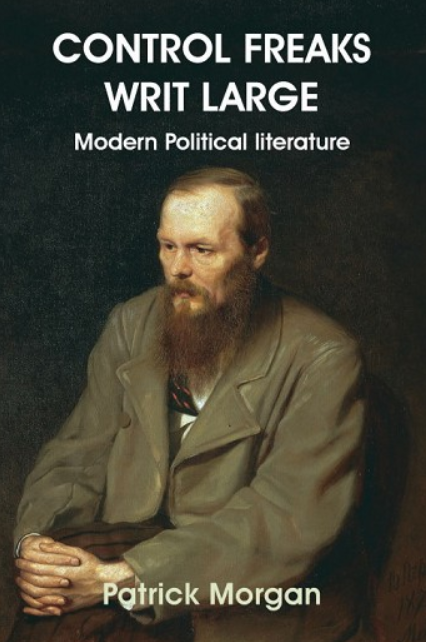 In this view the world is ruled by absolute power. Yet the whole tenor of Borowski’s writings seems to deny this, and to suggest, on the contrary, that the death camps were an unprecedented occurrence. In the story “Silence” an innocent US soldier at the end of the war tells surviving camp inmates things have returned to normal and not to exact vengeance. The inmates pretend to agree, then immediately after the soldier leaves they trample to death a captured camp guard. This reveals the unbridgeable gap between the abnormal world and the other.

Outsiders found it difficult to summon up the abilities needed to comprehend camp life. It wasn’t the imaginative faculty that was needed, it was the ability to recreate in words the actual experience. In the camps the great feat was to concentrate intensely on the moment, rather than to indulge the imagination, which could be a life-threatening distraction. In Ivan Denisovich Solzhenitsyn doesn’t pile on the horrors or point out great evils. It is all the more effective because his approach is calm, almost objective. The tone of voice of the other three narrators mirrors this. They are absolutely detached and matter-of-fact, even in the midst of horrific events. This is itself a survival technique. It may seem inappropriate, as the expected reaction would be to be outraged by the inhumanity of it all. The author, like the prisoner, must see things with absolute truth and clarity. Al Alvarez wrote: “The judgments are there by omission.”

This essay appeared in a recent Quadrant.
Subscribers had no need to wait for the paywall to come down

Around Borowski’s stories “there is a kind of moral silence, like the pause which follows a scream”. The author, like his hero, is not interested in large statements and interpretations. The feelings he wants to convey are fiercely present in the barest recital of events. He doesn’t lash out at evil. The author’s impact comes precisely from his compression and restraint. The impression that lingers is of a controlled indignation that such things could be.

The standard creative mind, oriented to highlights, invention, empathy, emotional renderings, significance, narrative sequence, dramatic effects, shaping the material and so on, no longer fitted. There were no neat endings, no closure, only dead ends, literally, in the camps. There was no need for effects, the material at hand did that itself. Quite new techniques were needed; in Ivan Denisovich there is just one day, one camp, one prisoner, with survival just possible. The perspective is sparse and limited, the scale is restricted, with no spare room to expand. There was no need for context or wider horizons nor to point out meaning: it didn’t exist; as Levi understood, there was no why. There is no narrative, no larger explanation, no need for larger statements. The experience tells its own story. All is boiled down to the smallest residue. The author is subservient and not in control of events, others are.

Drama and novels are lesser forms here; only short stories and short poems fit the bill, being small in scale and without a story line. The camp experience was a duration, not an event. All this has something in common with modernist literature, which is detached and hard-edged. Emotions have been evacuated, so the world is looked at clinically, out there, quite apart from the consciousness of the author. This is the opposite of the pathetic fallacy, an author’s sympathetic identification with events. Descriptions are often clear and tangible precisely because objects and events have no inner meaning; under pressure they have been emptied of all resonances and associations. For these reasons camp life was a counter literary experience.

For some camp victims the determination to record their experiences was the drive that kept them going. After release some prisoners had a burning desire to record their experiences, in order to redeem those who did not survive, to remember them so they would not be forgotten, and to warn future generations to take heed. The rest of humanity wouldn’t believe it, the experience was so unimaginable. Milan Kundera believed that overcoming totalitarianism was a battle of memory over forgetting. Such sentiments were in the forefront of Solzhenitsyn’s mind. As one of those who had come back from the land of the dead, he felt under an enormous obligation to speak on behalf of all those fellow inmates who had perished in the camps. He wrote in his introduction to The Gulag Archipelago: “I dedicate this to all those who did not live to tell it.” He adds that “everything will be told … on behalf of those who have perished”. In addition he states that the Gulag Archipelago still exists as he writes, it’s not just something in the past. Solzhenitsyn gives utterance to the previously silent, so that justice might finally be done and their wrongful fate acknowledged.

In retrospectively writing up the experience, the great feat was to recall it precisely; there was no need to gild the lily. The survivor author had to make another enormous effort, to suffer it all over again by endowing it with a new existence in print. This was to repeat his experiences in a different form, but also to be relieved of them. Composing a text acted as a purgative, as Shalamov reflected: “Even if you can’t get something published, it’s easier to bear a thing if you write it down. Once you’ve done that, you can forget.” By this means the experience had at last been externalised, which released pressure. Solzhenitsyn had set his milder camp in the first circle of Hell. Shalamov understood very well the uniqueness of his fate, by placing his icy gulag in the last, frozen circle of Hell in Dante’s Inferno:

Our tools are primitive
and simple:
a rouble’s worth of paper,
a hurrying pencil

That’s all we require
to build a castle—
high in the air—
above the world’s bustle.

Dante needed nothing else
to build gates
into that Hell hole
founded on ice.

For the Soviet population, whether in the camps or not, the decades of the 1930s and 1940s were a horror period. The middle sections of Albert Camus’s The Plague and Günter Grass’s The Tin Drum reveal whole societies under similar Nazi pressures. The atmosphere of death from the camps wafted over the whole of Europe, putting normal life in lockdown, as Anna Akhmatova expressed in one of her finest poems:

Wild honey smells of open air,
Dust of sun’s ray,
Girl’s mouth of violets—
And gold of nothing.

Mignonette smells of water,
Love of apples.
But—one lesson we shall not forget—
Bloods smells of blood alone.

And in vain did Rome’s Viceroy
Wash his hands before the whole people
To mob’s malign yells;
And Scotland’s Queen
In vain from narrow palms
Rinsed crimson spurts
In stifling gloom of royal palace.

Other things have fruitful associations, but not gold or blood which wipe out everything else. Blood leads to terror alone, in an atmosphere of all-pervading gloom. Akhmatova refers, like Mikhail Bulgakov, to Pontius Pilate as show trial judge, and to Shakespeare’s portrait of rulers like Macbeth besmirched in blood: “my hand will rather / the multitudinous seas incarnadine, / making the green one red”. Marina Tsvetayeva and Osip Mandelstam completed, with Akhmatova and Boris Pasternak, the quartet of outstanding but tragic Russian poets living diminished lives during the Stalin era. On one occasion in a restaurant Mandelstam impulsively snatched out of the hands of a secret policeman a list of designated victims and tore it up. Another crazy-brave action of his was more dangerous, an ode written in 1933 mocking Stalin:

Ringed with a scum of chicken-necked bosses
He toys with the tributes of half-men …
He forges decrees in a line like horseshoes,
One for the groin, one the forehead, temple, eye.

This poem sealed his fate. Out of the blue Stalin phoned Pasternak and asked if Mandelstam was really a creative genius. Stalin considered himself a creative genius, so his query implied that Russia could not accommodate two. Caught off guard Pasternak gave an unsatisfactory reply, which he ever afterwards regretted. Mandelstam was arrested but was firstly allowed to live in a kind of suspended animation in the city of Voronezh with his wife Nadezhda: “Our lives no longer feel ground under them. / At ten paces you can’t hear our words”. Akhmatova wrote similarly of the unreality of life, in “Voronezh”:

Judas and the Word
are stalking each other
through this scraggy town
where every line has three stresses
and only one word, dark.

With the lines “Judas and the Word / Are stalking each other” Akhmatova picks up a key theme in Bulgakov’s novel The Master and Margarita. At the same time Bulgakov and his wife were enduring the suspended animation of internal exile. Mandelstam was re-arrested and died in 1938, two years before Bulgakov, in terrible circumstances, on a train taking him to a Siberian camp. In an earlier poem Mandelstam had foreseen his own death and resurrection:

Mounds of human heads are wandering into the distance.
I dwindle among them. Nobody sees me. But in books
Much loved, and in children’s games I shall rise
From the dead to say the sun is shining.

This came to pass, but much later. Mandelstam’s and Bulgakov’s wives preserved their memories and their manuscripts in the hope of giving them an afterlife. The reconstructed manuscript of Bulgakov’s The Master and Margarita survived beyond the life span of Stalin, creativity painfully triumphing over destruction in the long run. In the late 1960s, decades after her husband’s death, Nadezhda Mandelstam published her remarkable volumes of autobiographical reminiscence, Hope Against Hope and Hope Abandoned. In the same period Mandelstam’s collected poems and Bulgakov’s masterpiece The Master and Margarita first saw the light of day.

A Warning from a Wiser Age