Intrepid Australian Women and Their Art 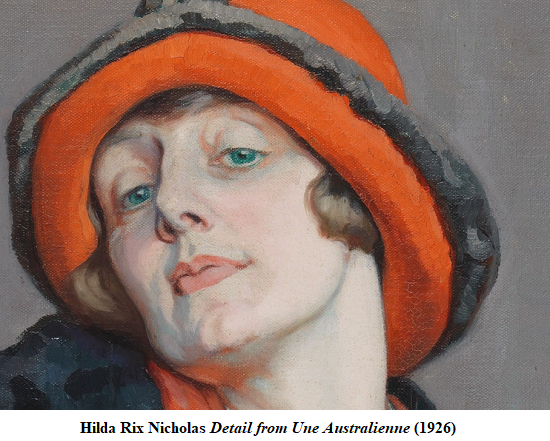 The Germans have a saying: Wie Gott in Frankreich, or more often, Leben Wie Gott in Frankreich, by which they mean “Living like God in France”. This expression seems to mean two things that are related: it parodies the belief of many that life in France, and in Paris in particular, was near to Paradise; and also the idea we express in our familiar Australian idiom as “Living the life of Riley”. Certainly, Paris was, and still is, seen by many as the greatest centre of European cultural life; and for the French, it is the centre.

This timely book, Intrépide: Australian Women Artists in Early Twentieth-Century France, by the late Clem Gorman and his wife Therese Gorman makes it clear that for the Australian women artists who 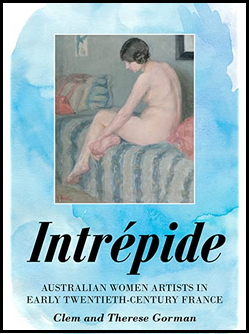 they profile as to the major importance of their respective sojourns in France and Paris for their professional careers, life there was not a matter of any such ease; and it was by no means paradisiacal. It was of course, for all of them, a massive fillip to their development as artists and it provided a broadening of horizons of cultural sensibility and a refinement of technique which they could scarcely have obtained anywhere else, the strong, but rather less colourful and vibrant, London art scene notwithstanding. But for many of these Australian women, getting to Paris in the first place from distant Australia and advancing their careers by contacts with the French schools was by no means any simple proposition.

The authors narrate the way in which twenty-eight Australian women artists made their way to Paris or elsewhere in France, mainly during the period between just before 1900 and about 1950. Each artist is discussed in a chapter of her own. One thing that is particularly interesting in all cases is the note at the head of each chapter which gives not only the artist’s life-span but also the dates for the period, or in some cases periods, spent either visiting or living in France.

This important information is good to have at a glance, as it tells much about the extent of this group of artists’ direct exposure to the French artistic milieu. Some of the artists featured are now familiar names in the canon of Australian art. These include:

Others are still perhaps less widely known, even though some of them are now well-recognised as major talents and with formidable bodies of achievement. They include:

Stokes, who possessed consummate skills in drawing and a remarkable sense of colour, has more recently come to greater and renewed attention, particularly after the two very insightful books on her, written by Ann Summers in 2010 and by Lucilla d’Abrera in 2015. When Stokes’s work featured in a major exhibition of Australian art in London in 1953, Sir Kenneth Clark noted the high quality of her drawing of figures. A product of the National Gallery Art School at Melbourne, she trained under Bernard Hall and won her Travelling Scholarship to Europe in 1929. Stokes’s later career back in Australia showed that she was able brilliantly to “combine Modernist and Classical influences in her work” and thus she was a great exemplar of the benefits these women artists brought back to Australia. 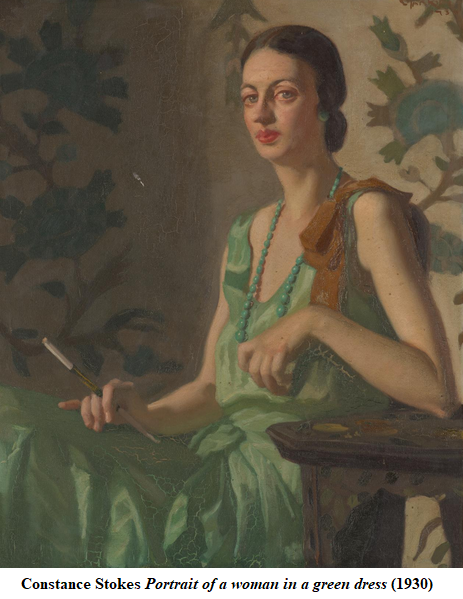 In their introductory essay, the Gormans take up some themes about this indicative group of artists as “Intrepid Women: The Wild Geese of Australian Art”. The point is made that “the movement of Australian women artists to Paris in the first half of the last century was a pilgrimage, a lay pilgrimage, but a pilgrimage just the same”. Upon their various returns to Australia, they certainly brought an infusion of greater interest and variety to the Australian art scene. Yet, as well:

these artists contributed significantly to French art, some more than others. They were in a sense, our Australian “wild geese” who flew to a creative feeding ground where the notoriously nationalistic French took them seriously and were pleased with their contribution, as the evidence [shows].

the women who sold their work easily—[Evelyn] Chapman for example—were mostly those who did not adopt Modernism, except, perhaps, a touch of Impressionism. Selling paintings in a market as competitive as Paris was far from easy, and it was not easy either to obtain exhibitions. Even when work was exhibited, sales were difficult. Those of the Australian women who sold well must, therefore, have earned considerable respect among the art-buying public and among critics.

The authors recount the financial and personal difficulties of getting to Paris, of surviving there and obtaining places with studios, schools and teachers. Some few had scholarships; whilst for some others, it is noted that generous fathers backed their aspirations, just as David Mitchell had done in the case of Dame Nellie Melba. For others, it was much harder: as witness the case of Adelaide’s Marie Tuck, who “worked in a shop for ten years to raise money for her trip” to Paris.

Further, “the work of the women reflected their Parisian and French experience [and] their work change[d] as a result of their pilgrimage” to the great artistic centre Paris then was. As well, these women:

painted Parisian scenes and they often adopted, in whole or in part, the current artistic fashions then sweeping French art … several of them remained in France … a few of them, such as Anne Dangar and Bessie Davidson “became” French. Although they did return to Australia from time to time, France was now their home and they spoke fluent French, had French friends, and were respected and accepted by the French art world.

For those others who did return to Australia and had careers here, the authors conclude that:

Their lives changed considerably as a result of their voyage to Paris. The greatest change was that they became full professional artists: their skills honed, their knowledge greatly deepened, their experience enriched, their confidence strengthened. They were across the latest world trends and on their return, or on visits home, they were able to teach many younger artists the latest techniques of Parisian art.

The authors make a good case that this “cohort of women” very considerably and even “radically” influenced Australian art for the better. This book provides additional insight into that development, which would become even more obvious later on. 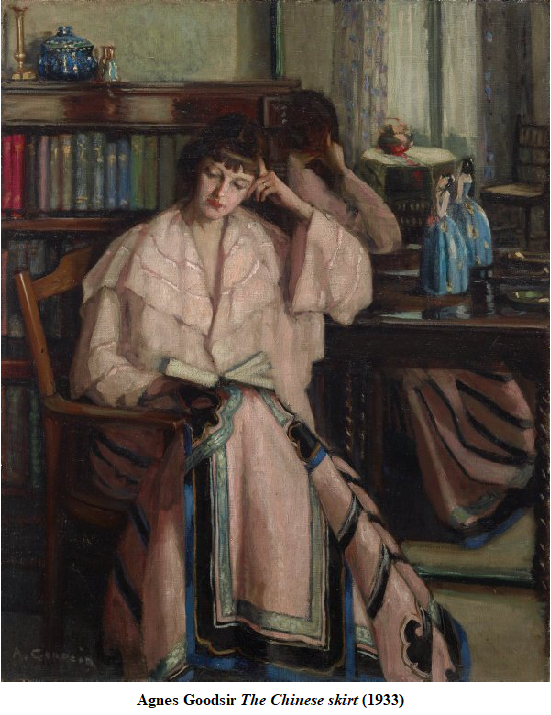 Overall, this book provides the art enthusiast with a good compendium of these women artists from Australia who took the great plunge into the French artistic world at a time when Paris was still undoubtedly at the centre of developments. The French School has had a major influence on Australian art and Intrépide chronicles one very important aspect of the exertion of that influence. In their afterword, the Gormans make the interesting point that many of these twenty-eight artists “were taught by the National Gallery Art School in Melbourne before going to Europe. Again, the disproportionate number of women from South Australia was noticeable.” This detail reflects the strong early encouragement of art in colonial Victoria as well as the dominance of Melbourne, which was the national capital from 1901 to 1927.

Intrépide augments recent studies in regard to Australian women artists, notably by such major and large art-book format studies as Paul Finucane and Catherine Stuart’s Odd Roads to be Walking: 156 Women Who Shaped Australian Art (2019) and other studies such as Caroline Ambrus’s Australian Women Artists (1992), Margaret Hazzard’s Australia’s Brilliant Daughter: Ellis Rowan (1984), Karen Johnson’s In Search of Beauty: Hilda Rix Nicholas’ Sketchbook Art (2012) which included many drawings done in Paris and other French scenes, as well as entries on some women artists in Susanna De Vries’s Great Australian Women (2001). 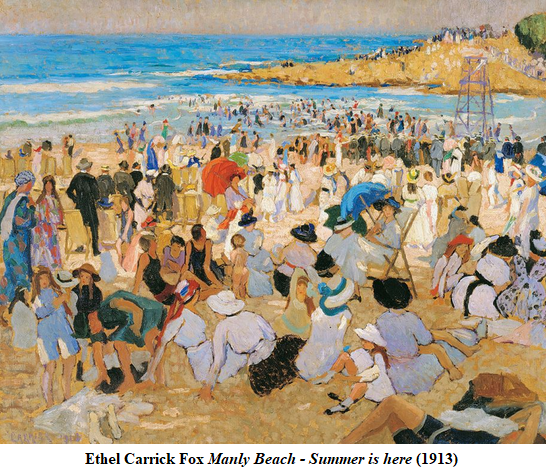 The Gormans’ book is also a salutary reminder of what might have been. For instance, it is to be regretted that many others, such as the important Australian modernist Arnold Shore (1897–1963), were prevented by various circumstances, including limited means, from ever getting to Europe and being directly exposed to the artistic mainstream there. Nowadays, pandemics permitting, travel to Europe has become more widely available to Australian artists.

This book is the product of some fairly extensive research efforts conducted by the authors both in France and in Australia. Unfortunately, archival information held in France on these artists proved to be disappointingly “scant”. There may perhaps be more to be found and the authors have made representations to the French authorities to see if more can be brought to light there in due course. The book is very well presented in paperback format, using a good choice of clearly readable type and with twenty-eight coloured plates, one illustrating each of these artists. There are some 202 footnoted entries and also a fairly extensive bibliography.

Intrépide will be welcomed by anyone with an interest in Australian artists and it is a useful addition to the history of those Australian artists who trained in Europe and especially for the influences of the French schools upon art here.

Douglas Hassall, who lives in Canberra, is a frequent contributor on art.

2 thoughts on “Intrepid Australian Women and Their Art”

The Impulse to Make Art

The Treasures of the Benalla Art Gallery