The Cherished ‘Right’ to Torture Evidence 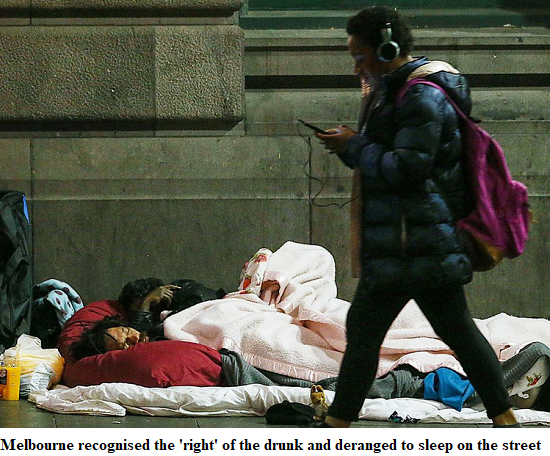 The claim that the American Constitution ever guaranteed a right to abortion is preposterous, and this is so irrespective of whether you think of such a right as a tremendous advance in human liberty or as a sacrilegious licence to kill the unborn.

The decision in Roe v Wade reminds me of the Queen of Hearts’ jurisprudence: Sentence first—verdict afterwards. The meaning of the American Constitution was tortured by the judges—by means of the most patent, one might almost say shameless, rationalisations—to a predetermined and bogus conclusion. I should perhaps here add that neither the right-to-life nor the right-to-choose arguments convince me on this matter.

Of course, I am no expert on the American Constitution. I once put it to such an expert that the right to bear arms did not include, nor was it intended to permit, taking a Kalashnikov or howitzer down to the local supermarket. If it had meant that, there would have been no preliminary clause about a well-regulated militia, but the amendment would simply have stated that the right to bear arms could not be abrogated. The expert, however, told me that I was mistaken, that when one properly understood eighteenth-century usage, it was clear that it did mean that people could not only own firearms, but take them anywhere they liked, as children take their soft toys everywhere they go.

It is a human trait to harbour a cherished opinion and then torture evidence and employ rhetorical legerdemain in its support as if it were a conclusion. Hands up all those who have never done this! There is even a certain pleasure in doing it, akin to what Francis Bacon calls “a natural but corrupt love of the lie itself”, for it assures us of our own dialectical ability, on which we then congratulate ourselves. There are few things more delightful in discussion than to get an opponent to accept a false argument.

The word right always seems to exert a baleful effect on all discussion. There is nothing quite like it for causing a mind to fly up into an ethereal world in which there are no distinctions and no qualifications necessary to be made. There is thus no distinction between a right not to be legally denied something and a right to be supplied with it, just as there is no distinction to be made between not being published and being censored.

The Soviet criticism of the Western conception of rights (as it existed in former times) was that those rights were purely formal, that in reality many, or even most, people could not avail themselves of, or exercise, them. I may, for example, have the right to eat in an expensive restaurant, but this avails me nothing if I do not possess, as most people do not possess, the means to do so. In what sense, then, am I free to eat in that restaurant? And, oddly enough, it is the Soviet conception of rights that has prevailed; in a certain sense the Soviet Union won the Cold War, culturally if not politically and economically.

The triumph of the Soviet conception of rights—that nothing counts as a right until it is exercised in practice—is caused by the apprehension, perhaps the oversensitive apprehension, of the manifest and manifold defects of our own societies. It is only fair and just, of course, that we should face up to these defects, but it is also important to make comparisons with what is possible, not with an abstract ideal held up to us that never has existed and never will exist.

It is obviously desirable that everyone should be decently housed—everyone, that is, who wants to be decently housed; there may be a very tiny minority that does not want to be. We are shocked and even horrified when we see homeless people on the street and think that something ought to be done about it. And this is a perfectly respectable response: we ought not to pass homeless people by as if they were merely part of the street furniture. After all, we are in aggregate, despite the odd downturn or two, the wealthiest people who have ever lived: and to see people dirty, sleeping in doorways, surrounded by the detritus of their impoverished lives, rightly disturbs us. But this still does not mean that, however desirable it might be that everyone should be well-housed, everyone has a right to be well-housed.

The transformation of what is desirable into a right is the delight of politicians, lawyers and bureaucrats, for the more such rights there are, the more they need to be adjudicated and disputes resolved when there are contradictions between them. Moreover, supposed rights to tangible benefits always raise tempers and the temperature of disputes: for what is more outrageous than a right denied? And once a right is granted or, if you prefer, won after a prolonged struggle, it enters the realm of the untouchable. The period before the right was recognised as such becomes, in the minds of those who believe in it, the equivalent of jahiliyyah in Islamic thought, that is to say the period of ignorance before enlightenment was attained. And in a sense, this is logical: for a right to be a true right, it must always have existed, like America before Columbus, albeit in an ethereal or platonic world. It was simply that no one had discovered it yet, usually as a consequence of the malice of the powerful or of wilful human blindness.

THE LEAK of a draft document of the Supreme Court’s forthcoming judgment to overthrow Roe v Wade could hardly have been better calculated to foster conspiracy theories, for the leak had two likely effects: the first to put pressure on the court to change its opinion, and the second to bolster the chances of the Democrats in the forthcoming mid-term elections, their chances of success having previously been slim. Whoever leaked the document probably intended these effects: for him or her the end justified the means, by comparison with which the professional duty to uphold confidentiality was so small a consideration as not to weigh in the balance. While no one (as I write this) has yet been found guilty of leaking the document, it is stretching credulity to believe that it was mere coincidence that this document, in these circumstances, should have been leaked: for such a leak was previously all but unknown.

The language of rights has bedevilled the debate about abortion in the United States for many years (if debate is not too generous a word for what has gone on). It has driven from the field all other moral considerations. Once you have chosen your side—the mother has an inalienable right to choose, the foetus (or even conceptus) has the inalienable right to life—there is nothing further to be said, certainly not to opponents. They can be shouted down, or in some cases even shot by fanatics. There is no more debate to be had than there is between a gazelle and a lion.

In this case, the ideology of rights acts as a kind of Ockham’s razor, that slices arguments away as Ockham’s razor sliced away entities that did not need to be postulated in order to explain a phenomenon. A simple single principle is intended to clear away the inevitable ambiguities of the world. Such are the comforts of ideology.

It goes almost without saying that those who support the right to abortion do not merely mean that those who procure one will not be prosecuted. They do not want to go back to the days of wire coat hangers and other instruments that caused the deaths of so many women. They mean by the right to abortion access in practice to proper, safe, medicalised termination of pregnancy. And that, of course, imposes costs on others, for there must be a duty to supply what people have a right to have. It might be that society decides that it is wiser, kinder, more charitable, even cheaper in the long run, to ensure this, but it cannot be a matter of rights.

Where rights alone determine the permissible, the government, from whom rights to tangible benefits derive, becomes the sole arbiter of conduct. “There is no law against it” becomes “I have a right to do it”, even if “it” is bound to cause the antagonism of others. The only dialogue possible is that of the deaf, sure of their rights, and irresolvable conflict is the result.

5 thoughts on “The Cherished ‘Right’ to Torture Evidence”

The Pity of it All