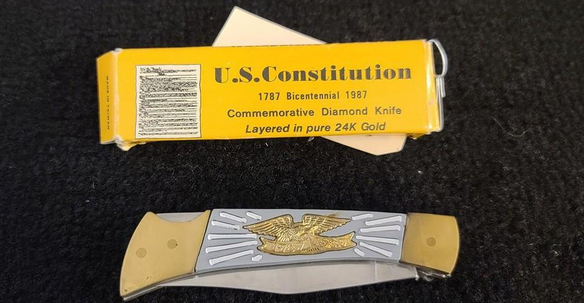 One of the great pleasures of travelling, as one or two Australians might still be able to remember, is becoming involved through simple good fortune in scenes emblematic of certain cities or countries.

For example, one would be disappointed to visit Paris and not encounter a classically surly French waiter. I’d almost given up after a week or so in the City of Light; everywhere I went, all I experienced was uncharacteristic Gallic friendliness.

It was almost as though all those stories about French hostility towards English-speakers were bigoted lies. But eventually I found a perfect house of hostility. The French-only menu in this joint was unusually complicated, so I waved over a waiter to help explain.

He slunk to my table with such exaggerated reluctance you’d have sworn he was walking to the guillotine. “Excuse me, sir,” I asked, pointing at a baffling menu item, “but what is this?”

“It’s good,” he answered, immediately writing down my non-order and stalking away. It turned out he was right. I was about halfway through a delicately layered veal and potato dish when the waiter reappeared at my table, lit a cigarette and sat down.

“Look at these people,” he sneered, gesturing smokily at the other customers. “Who tells them to dress like this? Do they not have mirrors in their homes?” He didn’t care that the customers heard every word. Nor did he care when a couple of them expressed annoyance at his fashion commentary.

It was a fantastic performance, and I was delighted to have been chosen as his primary audience. It made up for all the politeness and charm I’d suffered to that point.

Likewise, you don’t really feel like a proper visitor to the American South until you’ve enjoyed a dose of genuine southern hospitality. Some decades ago, when I was a young fellow of modest means, I found myself parked on a Texan gas station forecourt struggling to repair the engine in my elderly VW Beetle.

I’d bought the Beetle in Los Angeles for a grand or so from a Mexican named Jesus. The vehicle wasn’t blessed, however, constantly running hot and rough due to a slipping fanbelt. The belt was clearly on the way out, but I hoped some adjustments might stall the need to buy a new one.

So I was wrenching away on the thing, not making much progress, when a Texan strolled over from his Cadillac. “I had one of these in college,” he said, by way of introduction. “Same colour, too. What’s wrong with it?”

He nodded with familiarity as I explained the overheating. “Yep, they’ll do that,” he replied. Then he wished me good luck and went inside to pay his fuel bill. A couple of minutes later he returned—with a brand new fanbelt he’d generously bought for me and a handful of tools borrowed from the gas station.

“Let’s see if we can get this little feller back on the road,” he said, before quickly and expertly effecting a complete repair. That engine never ran hot again, all the way to the east coast, where I sold the Beetle to some hippies in Baltimore. Thank you, Texan stranger.

I wasn’t seeking a magical Melbourne moment when I dropped by the Victorian capital in December. In the past, such moments might have included an amusing argument with rival football fans—an enraged Carlton fan once invited me to “go rape yourself”, and that was just at a practice match—or some kind of elevated artistic performance. The Grand Prix, for example.

But Melbourne has changed. The scale of that change became obvious one evening when I returned to my inner-city hotel after an evening with friends. It was after midnight, but before retiring I lit up a footpath nightcap smoke. Pandemic-era Melbourne is deathly quiet of an evening, so the breaking glass and angry shouting from down the road were easy to discern.

A car then sped away from the dispute, with a gentleman of Sudanese or Somalian background giving chase. The fellow was waving something. As he crossed the street, walking in my direction, I saw that it was a large knife. More precisely, I saw the handle of what I presumed to be a large knife, sticking out from a leather cover.

Seeing me, the man explained his circumstances. I’m not fluent in gang talk, and am not aware of the deeper background to this chap’s grievances, but so far as I could work out there had been a fight over a prostitute. This escalated to the point where windows needed to be broken.

Mostly, though, he just screamed that he was a “one-man army” who believed himself able to take down any number of antagonistic n-words. Each “army” announcement featured a wave or two of that sheathed weapon, which was thereafter slid into his trousers.

His presence wasn’t threatening at all. He didn’t advance on me. We had a late-night chat, as one does in the company of an armed crazy person. Eventually he began wandering away. He was about twenty metres gone when the first of several police cars arrived.

At the same time I was joined on my watch by a youngster holding a can of beer. When the police turned up, he thought they’d come for him. Which is a fair enough reaction in Dan Andrews’s Victoria. As the police attempted to subdue our African entertainer, the youngster said he’d seen the man throw something under a van just as the police came into view. We walked over and looked. It was the knife.

Alerted to this, the attitude of the police towards their quarry hardened somewhat. By now a small crowd—mostly hotel staff and guests—had gathered for the show. We were about to get our modern Melbourne moment.

Despite being held by several officers and handcuffed, the man impressively and loudly resisted attempts to load him into a police van. Much of his yelling was muffled or obscure, but he did make one final, very clear call just as the door closed. “This,” he bellowed, “is a violation of my First, Second and Third Amendment rights!”

Most of the folk in our little crowd were acquainted with the US Constitution’s First and Second Amendments—freedom of speech and the right to bear arms, respectively—but the Third had us stumped. A phone web search revealed it to be this: “No Soldier shall, in time of peace be quartered in any house, without the consent of the Owner, nor in time of war, but in a manner to be prescribed by law.”

Well, the chap did say he was an army of one. And he was definitely about to be quartered in a house. Melbourne might not offer much at present, but it’s certainly the place to be for late-evening constitutional scholarship. 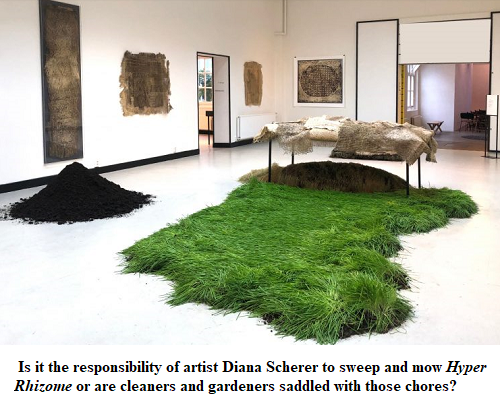 GATHER your friends, pour a few drinks and prepare to take this year’s greatest challenge: reading aloud the program for the 2022 Biennale of Sydney without anybody laughing.

It is practically impossible. This divinely pretentious art festival is funnier than all current Australian comedians combined (which, admittedly, would be this year’s easiest challenge). It’s made funnier still by the fact that the Biennale is completely, grindingly serious.

Following is a brief program extract from the Biennale’s site. It’s been deliberately kept short because you may be reading this on public transport and have no desire to alarm fellow passengers:

“Only recently have animals, plants, mountains and bodies of water been granted legal personhood. If we can recognise them as individual beings, what might they say?

“Rīvus invites several aqueous beings into a dialogue with artists, architects, designers, scientists, and communities, entangling multiple voices and other modes of communication to ask unlikely questions: Can a river sue us over psychoactive sewage? Will oysters grow teeth in aquatic revenge?”

If you’ve made it past the “psychoactive sewage” and bitey bivalves without failing the no-laughter challenge, you’ve done better than me. The program continues:

“What do the eels think? Are the swamp oracles speaking in tongues? Do algae reminisce about the days of primordial soup? Are waves the ocean’s desire? Can a waterfall refuse gravity?”

A waterfall can no more refuse gravity than you can resist giggling.

Another challenge: try to devise concepts more hilarious than “creek futurism”, “hydrofeminism” and “fish philosophy”. You can’t do it. Nobody can.

Perhaps, like me, by this point you’re gasping for breath. Here’s the cure.

Not so funny now, is it?

9 thoughts on “The Constitutional Scholar with a Machete”