The Fallacy of Presentism in History 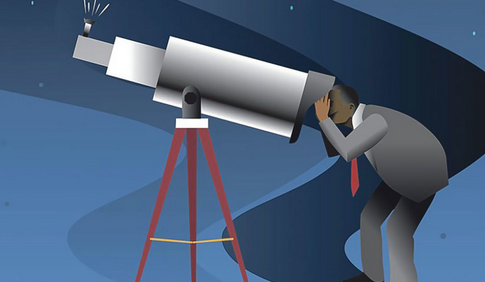 Having been educated as a historian to “look over the fence” into the backyards of neighbouring countries, I confess to a certain exasperation with those colleagues who write about Australasian military or diplomatic history without adequately trying to assess the aims and aspirations of other states with whom fate has decreed the nation’s leaders believed we had to fight. In short, one misses any sophisticated appreciation of the nation’s real place in the world.

I recall in this regard a comment made many decades ago by a well-known Macquarie Network radio commentator on world affairs named William G. Goddard. He was an expert on Chinese affairs, having lived in the country as a missionary for many years. During a visit to Australia in the 1950s he was being interviewed on the Brisbane station 4BC. I recall that he astounded the interviewer by insisting that if one wanted to understand today’s China one would at least need to study a thousand years of Chinese history.

It should be common wisdom that in order to establish the rationale of the foreign policy of any country it is essential to be informed about that country’s self-perception, and that means its history. In short, as is often said, if you want to know where a nation is going it is always wise to find out where it has been. Every history is different and every national culture is unique. So a certain amount of homework is required before one ventures to comment.

Consequently, when one reads that Australia was cajoled into fighting in the great European war of 1914–18 by nefarious imperialists in Whitehall, one is justifiably astonished. This kind of opinion seems to be held seriously by persons who arrogate to themselves the role of public pundit in Australasian history. It appears that they base their views on totally unwarranted assumptions. For example, they seem to have no idea, as naval historian David Stevens observed in his recent book on the RAN, In All Respects Ready, that:

one of the most ill-considered myths surrounding Australia’s Great War involvement suggests that it was a war of choice. Yet, no matter how distant from European affairs we may have seemed, Britain’s enemies had no inclination to view the self-governing dominions as anything but legitimate targets; if not critical in their own right, then useful for applying pressure on the motherland.

There is a tendency in much Australian historical writing for authors to make judgments about the past that are really formulated out of their concern to advance a particular political agenda in the present. Such writers have fallen into the trap of “presentism”. They try to depict the past in the way they would prefer it to have been rather than how it actually was. The fallacy consists in projecting a present political concern backwards towards a past situation in which, of course, the protagonists and decision-makers had different priorities from those of today.

Reliable historians try, as far as humanly possible, to re-experience the past through the eyes of the people living at that time. That should have been a methodological tool every student acquired when studying first-year history at university.

So instead of getting informed and dispassionate accounts of the past, one is presented with often angry, ill-informed diatribes which say, in effect, that is not how it should have been. If this attitude is rife among professional historians and teachers, it is doubtless even more widespread among putatively educated lay persons. I have heard such people voice the view that Australia was in no danger whatsoever of being attacked by the Imperial German navy during the First World War. Such ignorance is hard to fathom. When I was at primary school in North Queensland during the 1930s and 1940s, the story of the sinking of the German cruiser Emden was recounted before every Anzac Day. The existence of a German East Asia Squadron based at Tsingtau in northern China was known to anyone who read the newspapers of the time.

The task of the German East Asia Squadron was to sink all merchant shipping plying between the Pacific dominions and the mother country. SMS Emden had hived off the main German task force in the Pacific to undertake independent operations in the Dutch East Indies and the Indian Ocean. The light cruiser had proved to be extremely efficient in its assigned task, accounting for twenty-one vessels between August 4 and November 9, 1914, when it was finally caught off the Cocos Islands by HMAS Sydney, a heavy cruiser, and destroyed in the ensuing battle.

The main German squadron, however, failed to carry out its objective largely due to the fact that there existed a newly constructed Australian Fleet Unit and that in 1913 this small group of cruisers and torpedo boats had been augmented by the acquisition of a 20,000-ton battle cruiser, HMAS Australia, which outgunned all of the vessels in the German squadron because of its Dreadnought-class ordnance. The German squadron, approaching the German protectorate of Western Samoa in the early weeks of the war for bunkering and provisions, were surprised to observe on their approach the funnels of a very large warship, HMAS Australia, at anchor discharging New Zealand troops to occupy the town of Apia and close down the recently installed German radio station.

The presence of HMAS Australia was sufficient to cause the German squadron to set course further east with the intention of making it back to the Fatherland. On the way, off the coast of Chile they were engaged by a squadron of obsolete Royal Navy cruisers at the Battle of Coronel on November 1. Most of these cruisers were sunk fairly quickly, and the victorious German sailors were hailed as heroes by their expatriate countrymen residents after they made port at Valparaiso.

However, while the battle had been a great German naval achievement with comparatively few casualties, they had depleted most of their stock of ammunition, which was irreplaceable. Consequently, on the voyage homewards, they were greatly disadvantaged at the battle of the Falklands on December 8 where they encountered a vastly superior force of Royal Navy battle cruisers and cruisers. This battle group had been dispatched to hunt down von Spee’s squadron. The outcome was the almost total destruction of the German warships with the exception of one auxiliary cruiser.

The history of the presence and purpose of the German East Asia Squadron should give pause for reflection on the subject of imperial German war aims in the Pacific. Admiral Maximilian von Spee, who perished at the battle of the Falklands, was a courageous and realistic commander who knew only too well that the chances of steaming unmolested back to home waters was very slim indeed. In short, the long-forgotten naval battle in the South Atlantic at the very beginning of the war was a dress rehearsal for what eventually was to overtake the Kaiser’s navy in its vain hope to realise the ill-conceived Tirpitz plan to wrest mastery of the sea from the Royal Navy.

It behoves historians and other writers who venture to instruct their fellow countrymen and women to re-calibrate intellectually and to find out the facts before rushing into print with their “presentist” preconceived notions.

5 thoughts on “The Fallacy of Presentism in History”

The Scandals of the Scrolls, Part IV: The Codex Conundrum

The Myths of Balibo