The Eclipse of Manning Clark 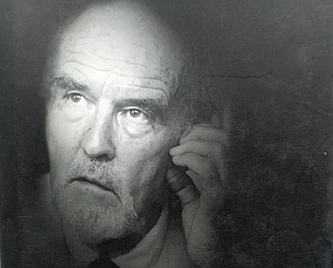 Who doesn’t love a good literary stoush? But a controversy is even more intriguing if it touches on the History and Culture Wars of recent times.

The Australian historian Manning Clark (1915–1991) and his long-time publisher at Melbourne University Press, Peter Ryan (1923–2015) are both deceased. Some younger readers might be wondering who these two gents were. But an older demographic especially might like to read my take on what was, in the mid-1990s, Ryan’s hugely public attack on the late Manning Clark’s character and work as an historian.

Prosecuted in three spirited issues of Quadrant—September 1993, October 1993 and October 1994—it became one of the most significant public intellectual spats of the decade. This sensational exposé was unusual not least because, during their twenty-five-year professional relationship from 1962 to 1987, Ryan had published the last five of the six volumes of Clark’s best-selling A History of Australia.

Ryan claimed he was not responsible for MUP’s decision to publish Clark’s History. However, in History Wars, Doug Munro suggests that Ryan played a role in all six volumes being published. In fact, Volume One was launched in the spring of 1962 when Ryan had just taken over at MUP. The work on it had already been done by Ryan’s predecessor, Gwyn James, who had been director since 1943 and who regretted the fact that he had previously turned down Clark’s two-volume Select Documents in Australian History. Clark’s choice of a key set of original documents had been published by Angus & Robertson in the 1950s.

For its part, as a consolation prize, Angus & Robertson was pleased to publish Clark’s Meeting Soviet Man (1960). Accompanied by the well-known Australian communist writer Judah Waten, in 1958 Clark had visited Moscow and Leningrad as a guest of the local union of writers. Especially after Russian leader Nikita Khrushchev in 1961 repeated his attack on the Stalinist excesses of the Soviet Union which he had first made at a Communist Party conference in Moscow in 1956, Clark’s eulogistic tract deservedly “caused him much grief in years to come”. It might surprise some readers to learn that Clark, who was at the time regarded as an anti-communist, had been recruited as a member of Quadrant’s foundation editorial board.

In 1990 Peter Ryan suggested to Robert Manne, who had just taken over as Quadrant’s editor, that as Clark’s publisher he might write a piece criticising the popular, populist historian. Later, two years after Clark’s death, Ryan thought it was time for him to take “an overdue axe to a tall poppy”.

(A disclaimer: Manning Clark was kind to me and very supportive of my work as a historian. In particular, he praised my two-volume history of Queensland, From the Dreaming to 1915 and From 1915 to the Early 1980s. He characterised my work as “lively and interesting … well-informed and illuminating”. In response to a widely publicised defamation action and a threat by Joh Bjelke-Petersen’s Attorney-General that I be charged with criminal libel, Volume Two was pulped. After slightly rewriting it was reissued in late 1984. For the record, if anyone has a copy of From 1915 to the Early 1980s which mentions the state’s chief justice, Sir Walter Campbell, who became Queensland governor from 1985 to 1992, I’m told it’s now worth a motza!)

Ever since his time in Europe with his wife Dymphna in the late 1930s and his stint as a public commentator while teaching at Melbourne University in the 1940s, Manning Clark had been no stranger to controversy. As my friend Stephen Holt wrote in A Short History of Manning Clark (1999): “In death, as in life, Manning Clark has retained the capacity to disturb and astound his fellow Australians. He continues to generate conflict.”

Channelling Sir Humphrey Appleby, I would venture to say that almost everyone who writes about this “courageous” historian makes mistakes and errors of fact and provides questionable interpretations. This includes some of his biographers. Throughout his huge History, Manning Clark was guilty of numerous inaccuracies and omissions himself.

Doug Munro, who points out that he is no apologist for Clark, claims that History Wars is “the first systematic and extended attempt to get to the bottom of the Ryan-Clark controversy, and to trace its broader cultural significance”. Early on, he asks a pertinent question. What does a controversy that he claims lasted a fortnight as a media and talkback radio event mean to us almost thirty years later? He answers his own question: “The Ryan/Clark imbroglio is noteworthy because it extended well into the public realm, to the extent of being debated in Britain.” As well as being memorable in itself, Munro argues that “the controversy also matters because it exposed fault lines in the ongoing Australian History Wars”.

The issues laid bare by Ryan’s ferocious lambasting of Clark’s magnum opus as a fraudulent “imposition on Australian credulity” have, according to Munro, “not gone away”. This claim seems doubtful to me, or to use the Scottish legal term, “unproven”.

In this heavily footnoted book, Munro makes it clear that he rejects Ryan’s extremely negative assessment of Clark as a person and a historian. In particular, he argues that much of what Ryan writes “is inaccurate” and that “he is not a trustworthy source of information”. Munro claims, rather unconvincingly, that “Ironically, the most incriminating evidence against Ryan’s [version of events] is found in his own papers and in his autobiography, Final Proof: Memoirs of a Publisher.” This lively work was published in 2010 by Quadrant Books.

Yet while he repudiates much of Ryan’s writings about Manning Clark, Munro acknowledges that the publisher’s wartime memoir, Fear Drive My Feet (Angus & Robertson, 1959) is “rightly regarded as a classic”. It demonstrates, he says, Ryan’s affection for the people of Papua New Guinea where he “served with distinction behind enemy lines in intelligence-gathering operations”. Utterly unlike Clark, Ryan took pride in his war record and his Military Medal.

In 1956, the year of the Melbourne Olympics, Barry Humphries’s creation Edna Everage made her theatrical debut; Quadrant first appeared in Australia; and while on study leave in Oxford, Clark, who early in his career admitted he had severe problems with the booze and “hungered for publicity”, began writing his bold narrative history.

Of all historical works, Manning Clark’s History continues to remind me of the imaginative Scottish historian and essayist Thomas Carlyle, whose three-volume narrative history The French Revolution was published in 1837. Yet in his life and in his histories Manning Clark, unlike Carlyle, seemed to suffer from a cult of personality, which led to followers regarding him as somewhat of a prophet. Perhaps this is why there was such a divide between his defenders and detractors.

The radical Melbourne-based historian Stuart Macintyre likened the reviewing of successive volumes of Clark’s History to “a perpetual, if sporadic, duck-shooting season”. Some writers have observed that Clark’s academic detractors seldom went into print or if having done so once, refrained from doing so again. A number of historians who had been hurt by previous critical involvements did not want to be involved in further disputation, while other mainly empiricist academics argued that Clark’s work was full of factual errors and overburdened by dubious ethical and moral judgments.

Munro dismantles exaggerated claims that Clark heavily influenced the ideas and actions of the Labor Prime Minister from 1991 to 1996, Paul Keating, and vice versa. The self-described “crazy brave” Keating and the highly public Clark were both pro-republican, pro-Aboriginal land rights and against the British monarchy’s influence in Australia, but that’s about as far as it goes.

Importantly, Munro accepts that Clark was not in Germany in early November 1938 at the time of Kristallnacht (“Night of Broken Glass”), as Clark had repeatedly written, “when Nazi stormtroopers went on their state-sanctioned rampage against Jewish persons and property”. In fact, Clark arrived in Germany a fortnight later. As Munro writes, in subsequent years the historian “appropriated the account in Dymphna’s letters and made their contents his own”, claiming that what he witnessed was “an epiphany”. According to Munro, discovery of this blatant falsehood in 2007 led to “assertions that Clark was indeed a fraud, as he was on that occasion”.

The Documents, and to a lesser extent the early volumes of the History, had an appreciable effect on the understanding of Australian history: his view of the convicts, his attention to the religious dimension, his treatment of the explorers, his account of self-government, etc. But it was rare to find any reference to Manning in (Australian academic) work after the 1970s.

It is a shame that Munro’s even-handed approach to the Ryan–Clark imbroglio degenerates into abuse in the final chapter. He unfairly claims that since 1994 Quadrant has “maintained its onslaught against Manning Clark”. To claim that Quadrant continues a one-sidedly venomous attack on Clark is plain wrong. For example, since he became editor of Quadrant in 2008, Keith Windschuttle has published articles by Stephen Holt, and by me, which are favourable to Manning Clark.

It is hard to disagree with Munro’s more considered conclusion that, “as a public intellectual [Clark] was a man of the moment” and that “by the turn of the century, he had passed his use-by date”. Clark’s excellent biographer Mark McKenna has acknowledged that, by the end of the twentieth century, the once controversial historian would have been “laughed out of court”.

Yet as McKenna said in an interview in 2011 with ABC broadcaster Michael Cathcart, in the late 1960s, the 1970s and early 1980s, “Australians wanted someone, or needed someone, to talk, or point to [their] identity, their future—who were we as a people?” “Whereas today,” McKenna continued, “we are standing solidly behind a more conservative and less critical view of ourselves.” Cathcart had published a one-volume abridgement of Clark’s six-volume History. First released by MUP in 1993 and then by Penguin in 1995, it also became a best-seller, read by many school and university students.

McKenna’s biography An Eye for Eternity certainly stands the test of time, as, do Stephen Holt’s A Short History of Manning Clark and Manning Clark and Australian History. These three fine books are more than useful companions, and correctives, to Munro’s History Wars.

Ross Fitzgerald is Emeritus Professor of History & Politics at Griffith University. His most recent books are the Grafton Everest adventure The Lowest Depths, co-authored with Ian McFadyen, and a memoir, Fifty Years Sober: An Alcoholic’s Journey, published by Hybrid in Melbourne

One thought on “The Eclipse of Manning Clark”

The Landscape of Humanity: Art, Culture and Society, by Anthony O’Hear

New Hope in the Culture Wars