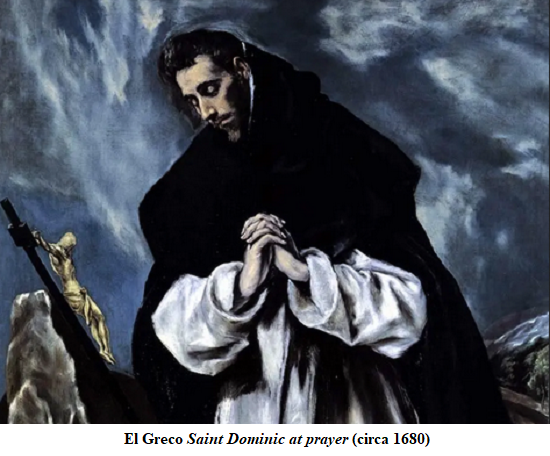 Retort, the noun, is a homonym. It might refer to a sharp and incisive reply to a remark. But it could also be describing a tool of the distiller’s art. In The Hardest Path is the Easiest, Gary Furnell uniquely combines both definitions in this compendious approach to Abrahamic wisdom as a bulwark against the fads of madmen.

The book is subtitled “Exploring the wisdom literature with Pascal, Burke, Kierkegaard and Chesterton”. By choosing to narrow the reader’s attention, he succeeds in expanding the reader’s horizons—and perhaps in a way he may not have intended.

Gary Furnell is a writer, essayist and man of strong faith. Quadrant readers will recognise his name as the by-line of many an engaging short story and review. A former librarian, he now works part-time for a funeral director. (It follows that his sense of an ending is a work in progress.)

How did the book come about? Furnell says he “began making notes for a thematic treatment of Proverbs (later adding Ecclesiastes) in 2010 but didn’t complete the project until mid-2021. The long gestation and gradual development—over 11 years—is intrinsic to the project because as [he] read and wrote, thought and re-wrote, [he] realised that long stretches of time are essential to any examination of wisdom.” (Taken from Furnell’s piece written for the Defendant, quarterly magazine of the Australian Chesterton Society, of which he is secretary.)

What is “wisdom”? Is it thought? Feeling? It’s something between the two, if Carl Jung is to be believed: “Where wisdom reigns, there is no conflict between thinking and feeling.” Is it common sense? Arguably Aristotle thought so, “common” at least among men who live the Good Life. Furnell’s own definition is broader: “Wisdom is humanity’s mutually-held inheritance.” As an accomplished writer from the show-don’t-tell school, Furnell guides the reader’s own discovery, but “long stretches of time are essential”, still. Un-put-downable is the standard puff for cheap novelettes, but you’ll put this book down and pick it up again many times, for edification is a process of accretion. If man could bottle the stuff, he would.

In choosing to rely upon the explications of four noted thinkers, Furnell brings to the reader the wisdom of the ancients as interpreted by these modern successors, themselves monuments to great literature and Christian piety. Furnell’s strategy renders his final product double-distilled, a prize for anyone who values spirit of the other kind, the bottled kind.

Blaise Pascal (1623–62), philosopher, theologian and mathematician, is best known for Pascal’s Wager, his proposition that man wagered his life on the existence or not of God. Edmund Burke (1729–97), Irish statesman, philosopher and economist, was prescient in both his opposition to the French Revolution and support for the American one. Soren Kierkegaard (1813–55), Danish theologian, poet and “philosopher of existence” as Furnell describes him, nevertheless paved the way to the atheistic existential philosophers of last century. Gilbert Keith (G.K.) Chesterton (1874–1936), writer, lay theologian and critic, has been referred to as “the prince of paradox” for his constant resort to this rhetorical device as a tool of argument in favour of all things mysterious and therefore divine.

This short book is divided into eight chapters. The first two deal in turn with introductions and definitions. “Four Follies to Avoid” constitutes the next, while Chapters 4 to 8 deal with Wealth, Asset Management, Government, Relationships, and Reverence—all as they are shown to benefit from wisdom as summoned through the media of four writers. Some examples follow.

Here is Burke on the Folly of Insurrection:

The speculative line of demarcation, where obedience ought to end and resistance must begin, is faint, obscure, and not easily definable … The wise will determine from the gravity of the case; the irritable, from sensibility to oppression, the high minded, from disdain and indignation at abusive power in unworthy hands; the brave and bold, from the love of honourable danger in a generous cause: but, with or without right, a revolution will be the very last resource of the thinking and the good.

Ecclesiastes on the Folly of Laziness:

Through sloth the roof sinks in, and through indolence the house leaks.

I [wisdom personified] love those who love me, and those who seek me diligently, find me. Riches and honour are with me, enduring wealth and prosperity. My fruit is better than gold, even fine gold, and my yield than choice silver. I walk in the way of righteousness, in the paths of justice, endowing with wealth those who love me, and filling their treasuries.

In short, as long as we combine ceaseless and often reckless scientific speculation with rapid and often very random social reform, the result must inevitably be not anarchy but ever increasing tyranny … Scientific imagination and social reform between them will quite logically and almost legitimately have made us slaves.

Kierkegaard on temperance in speech in Rel­ation­ships:

And this is so, not merely because then he would not betray his foolishness, but also because his self-control would help him to become conscious of himself as an individual, and would prevent him from adopting the crowd’s opinion.

Pascal here draws the battle-lines implicit throughout Furnell’s book. How does anyone lead something like a fulfilling life, even a Good Life, if one is without Christian faith?

In his Nicomachean Ethics, Aristotle wrote a wholly practical guide to the ethical life, necessarily avoiding as it did any discussion of how The Good could be common among men: a reference to Plato’s theory of Forms which in turn supported a metaphysical realm Christians call Heaven, overseen by one God. (The Hebrews’ monotheism predated Aristotle by many centuries, of course.) The Ethics influenced later Christian philosophers such as Aquinas, so the utility of ethical instruction has long been important to Christians besides their obeisance to God. Did Aristotle teach wisdom?

Epicurus held that the objects of life were friendship and the avoidance of physical and mental pain. He taught there was no afterlife and no supernatural god. Early Christians persecuted his many followers. Did Epicurus teach wisdom?

Stoics taught that because “virtue is sufficient for happiness”, a sage would be emotionally resilient to misfortune. Epictetus, Seneca and Marcus Aurelius are among its famous proponents. Is wisdom to be found here?

Dante placed Aristotelians, Platonists and Stoics in limbo, the first circle of hell—a kindness of sorts to pagans—because each allowed the existence of an immortal soul or a prime-mover. Epicureans, by contrast, were sent to the sixth circle where they were subjected to terrible torments. Even wisdom is subject to a brand struggle for market share, it seems.

How does Christian wisdom stand up without God? “It is possible to attain a significant level of temporal wisdom without reverence for the personal creator,” states Furnell at the outset of Chapter 8, Wisdom and Reverence:

Anyone could follow the practical principles of the wisdom literature and live with good sense: faithful in their relationships, prudent in their decisions, measured in their responses and appetites, conservative yet generous with their resources. Thankfully, there are plenty of people with these lovely qualities. Nevertheless, Proverbs and Ecclesiastes join the rest of the Judeo-Christian scriptures commanding reverence for the creator and sustainer of all. Personal goodness is valuable, but by itself it’s incomplete: piety completes humanity.
[emphasis added]

The Hardest Path is the Easiest succeeds in expanding the reader’s horizons. An article of faith to the reverent, it is also neo-Aristotelian in its practical usefulness to a non-believer. But there is a third use available to the discerning reader: the work summarises and depicts the essentialism of Christian faith, for without piety we are incompletely human. In our times, we bear witness to growing social, cultural and political polarity, a polarity many church leaders deplore while at the same time rehearsing an ancient divisiveness of their own.

In order to combat the socio-cultural fads of madmen, perhaps this remove to exclusivity is necessary: continuity is consistency, and vice versa. Those flaneurs for whom human institutions hold endless fascination will find this book has great merit on this subject alone. It is a worthy contender in the old Athens v Jerusalem (Reason v Revelation) debate. Whatever the nature of the appeal this book has to any particular reader, appeal it has, and in abundance.

This small review of large concerns concludes with Gary Furnell’s own commendable summary from the Defendant article:

Many people today are uneasy with mysteries and paradoxes, especially religious paradoxes. The wisdom literature is currently unfashionable, but for two millennia the easily remembered sayings of Proverbs and Ecclesiastes were the common wisdom of European, Mediterranean, Byzantine and Levantine cultures. We’ve lost much of that wisdom, but it’s worth reclaiming; first for our own good and the good of our family, and then for the good of the broader communities. Wisdom brings direction, healing and hope. And, as the wisdom literature repeatedly emphasises, it also brings lasting joy.

The Hardest Path is the Easiest: Exploring the Wisdom Literature with Pascal, Burke, Kierkegaard and Chesterton
by Gary Furnell
Connor Court, 2021, 252 pages, $29.95

Trevor Bailey lives in country New South Wales. Some of his poetry has appeared in recent issues of Quadrant, including this issue.

The Dangers of Technocracy