Corruption Just Isn’t What It Used To Be 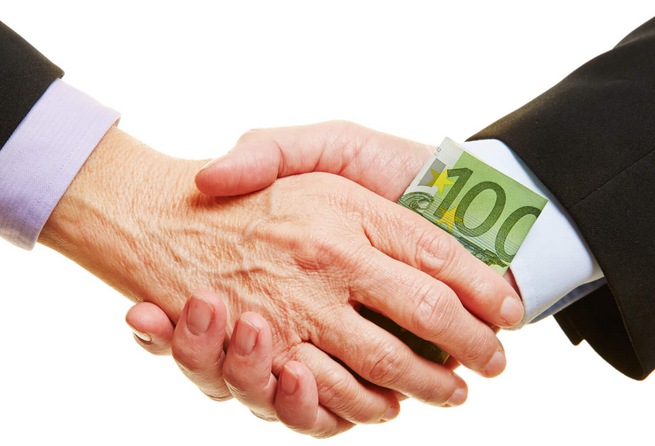 A delusion is defined as a fixed false belief that is impervious to reason or evidence and that is out of keeping with a person’s cultural background. The last condition has to be added because, without it, everyone would believe that all those who disagreed with him were deluded. A Muslim would think a Christian deluded, a Christian would think a Muslim deluded, and an atheist would think both deluded. If everyone is deluded, however, no one is. It is therefore dangerous to diagnose delusion in a politician just because you don’t like him.

Nevertheless, twenty years ago I felt that there must be something wrong—medically wrong—with Mr Blair, then Prime Minister of the United Kingdom. I could not quite put my finger on what it was, however. It came to me in a flash, though, like the illumination of Archimedes in his bath: he was deluded!

His delusion was of a new kind, not the vulgar common variety such as that of persecution, or the jealous delusion of the wife-murderer, or even of grandeur. No; he had an unprecedented species of delusion, appropriately enough for a man for whom novelty was a virtue in itself. He suffered (or at least had; it was others who suffered as a result) from a delusion of honesty.

When a man has a delusion of honesty, he believes himself to be honest despite abundant and repeated evidence that he is not. When caught out, he protests his innocence; surely, he says, you cannot suspect that I acted from dishonourable motives? Even if what I did was disastrous from the practical point of view, I meant well because I always mean well; and I always mean well because I am a good man, none better in fact.

When I relayed my blinding flash of insight to others, they too experienced it as insight. And if they all agreed with me, could I possibly have been mistaken?

Now I am not so sure, because I suspect that the condition for a delusion, that it should be out of keeping with a person’s cultural background, is not met, or met no longer. It is now normal for everyone to proclaim his honesty despite patent acts of dishonesty, even when caught in the act. Thus, genuinely to believe that you are honest while you are nakedly pursuing your own self-interest under the guise of some elevated general principle has become almost the normal state of mankind, at least that part of it that enters the politico-administrative class. Towards the end of my hospital career, for example, I heard several times a senior manager say that he was passionately committed to this or that department, that he wanted to extend its magnificent achievements and service to the public; these eloquent pronouncements were invariably a prelude to closure.

I do not think that the manager was straightforwardly lying. When he said that he was passionately committed to the department, it was true, at least in his own mind; it was just that he also thought that the best thing for the department was closure. And he thought this because he had been told to think it, and he was always in agreement with anything he had been told to think. After all, “take but degree away, untune that string, / And hark what discord follows.”

Very shortly after hectoring the world about climate change and the imminent extinction of life on earth because of climate change caused by humans (a very different tune from that he sang as a journalist only a short while ago), the British Prime Minister, Boris Johnson, took a private plane rather than the train from Glasgow to London, principally, it seems, because he did not want to miss a convivial dinner.

I am the last person to condemn convivial dinners and have even been known to make exceptional efforts to attend one. But I would not make a speech just before doing so lamenting starvation in Africa, say, and advocating a fairer distribution of the world’s food calories. The attempted defences of Mr Johnson, no doubt with his approval or acquiescence, were startling in their dishonesty (I leave aside the larger question of whether his climate catastrophism was justified).

The aircraft in which he travelled was a small one by comparison with that of other leaders. It used the least polluting fuel permissible. It permitted the best use of the Prime Minister’s time. The dishonesty of all this is patent. The question was not whether he could have done worse if he had tried, but whether he could have done better—if, that is, he really believed what he said at the conference on climate change.

In all probability he believes himself to have been justified by the ridiculous rationalisations of his apologists, and therefore still to be an honest man. If so, he is prey to delusions of honesty.

One swallow doesn’t make a summer and one decline from probity doesn’t make a man dishonest by character. A man of complete and inflexible uprightness would probably be terrifying to meet and not much fun to be with. On the other hand, a repeated pattern of dishonesty disqualifies a man from the respect due an honest person. In this case, Mr Johnson’s climate hypocrisy followed hard upon a public defence of a Member of Parliament whose conflict of interest was so great that it was hardly a conflict any more, it was more of a no-contest.

Of course, the moral waters are muddied these days by the claim that everyone, or at least many people, are doing precisely the same. Some form of the tu quoque argument is perhaps the characteristic exculpation of our time. When the French presidential candidate François Fillon (who was widely expected to win the election) was revealed as having employed his wife and daughter in largely fictitious posts at public expense for twenty or so years, it was urged in his defence that many others in his situation did the same and that in any case the revelation of his wrongdoing was only a political manoeuvre by his opponents who wanted to sink his election chances—which they did, very successfully.

Both these arguments were factually correct, no doubt: M Fillon was no worse than many others, and probably better than some; and it could not possibly have been the case that his exploitation of the system to his family’s advantage over many years was discovered by sheer coincidence precisely at the time he was running for the highest office, and was likely, without some such scandal, to have won it. But what were these arguments supposed to prove? That corruption is so generalised that we may as well accept it as if it were a mere fact of nature, and not to do so is a sign of naivety and a lack of sophistication? (To be thought naive and lacking in sophistication is a source of great fear to the educated.) At any rate, we are a far cry from the days of de Gaulle when the General, whatever his other faults, was as straight as a die financially and would ask for the bill to be sent to him for the slightest private expenditure while he was in the Elysée Palace.

Regulatory corruption is much worse than the traditional illicit-payment type, that is to say money passed under the table, for the latter can sometimes actually help to get things done where there are official obstacles to doing them, whereas the former politicises everything and is completely obstructive, uncreative and leads inevitably to the legalised looting of the public purse on a scale that the traditionally corrupt can only dream of, the difference being between wholesale and retail. Moreover, the more traditional kind of corruption is relatively easy to spot and clearly defined, and therefore potentially controllable by means of the law, insofar as anything that is consonant with human nature is controllable by the law, while the intellectual corruption of (say) regulations enforcing positive discrimination exerts a much more baleful effect on society and requires an assault on both freedom and truth.