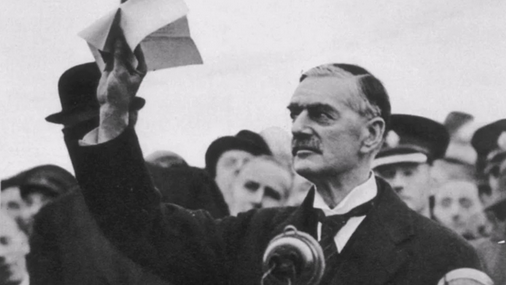 Bashing the Brits all over the place has always been a popular approach to modern history, not least with regard to appeasement in the 1930s, and Jonathan Haslam is in that long tradition with The Spectre of War: International Communism and the Origins of World War II. Overt in his dislikes, for example of “well-groomed” diplomats and “the British who lurked”, he has clearly never met a cliché that he is unwilling to copy again, and again. Thus, Europe “lost its way” or arrived “at a crossroads”, while Britain kicked “an inconvenient ball into the long grass”, and the “Germans sliced through Belgium and Holland”. Could an editor not rescue him from this triteness?

This review appeared in a recent Quadrant.
Subscribers had no need to wait or the paywall to come down

Moreover, Haslam’s take on the 1920s and 1930s is one in which simplification is to the fore as in “clerical-fascist Austria”. Apparently, “in the end it all came down to money … Empires had never appeared for any reason other than the accumulation of wealth and its secure protection.” Maybe being George F. Kennan Professor in the School of Historical Studies at the Institute for Advanced Study at Princeton, as well as a fellow of the British Academy, makes Haslam feel that he has carte blanche for such rubbish, but rubbish it is. Ironically—or is his psyche coming back to offer a truth?—soon after in the text we have reference to what Haslam castigates as “dangerously simplistic … it opened the door to political polemic”. 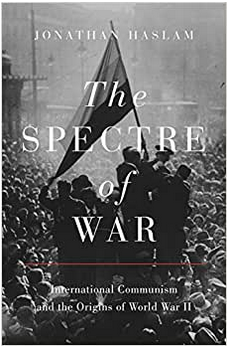 At any rate, Britain is to be castigated. We are invited to be “justifiably contemptuous of Britain’s attitude” towards Japan’s policy in Manchuria, in a passage that, typically for this book, exaggerates what Britain could have done and neglects the military dimension. Baldwin and Chamberlain are misrepresented, and Britain is blamed for leaving “the door ajar for the Nazi-Soviet pact”. Apparently “drastic measures were inflicted on the mutinous troops and naval ratings of Britain and France” in the First World War. In fact, there were very few and most fought without any coercion or intimidation.

Many others are lined up for blame, including German Social Democracy in 1919 and the French at Versailles; where apparently “German Bohemia was handed to infant Czechoslovakia”; so much for the Austro-Hungarian empire. More consistently, Haslam underplays military perspectives, both the military as a source of plans, notably with Tukhachevsky, who is largely ignored, and military practicalities, as with the treatment of the Russian Civil War. As a minor point, Haslam neglects to note eventual Soviet success in the Winter War with Finland, which is part of a broader pattern of flawed assessment.

There are really three sections in this book. In the preface and introduction, Haslam offers a perspective on the subject that will surprise no specialists. He has rediscovered the wheel in that ideas matter and diplomatic sources have to be triangulated, contextualised and interrogated. Readers of both diplomatic history and international relations studies will know that Haslam misrepresents the field.

Fortunately, the bulk of the book has more to offer in its discussion of international relations from the perspective of the “Soviet Question”. Here, there is a useful deployment of sources, not least intelligence material. Useful material includes that arising from Soviet subversion, notably in China and (less successfully) Britain, and the extent to which intercepts made others aware of the situation. Soviet links with the British miners in the 1920s are part of the background to the 1980s struggle. The Comintern receives due attention, although an “over-excited” Zinoviev does not emerge as impressive. Soviet mistrust of Poland is as a consistent theme, Haslam arguing that “in thus antagonising the Russians, Pilsudski and Beck were playing for high stakes based on very uncertain knowledge”. There is a critical view of the post-Pilsudski government and military.

On the Soviet side, there is discussion of Popular Front policies, and of the complex interaction of developments abroad and in the Soviet Union where Stalin is presented as having an instructive aversion to events taking place under foreign communist auspices that he could not control were they to reach the point of revolution. Haslam, like Stalin, is inclined to under-rate the degree of autonomy in developments abroad, as, for example, for 1938: “On 13 June French Prime Minister Édouard Dalardier finally closed the frontier to arms traffic heading into Spain. Thereafter the Republic was doomed.” Actually no, for the key military developments in 1938 were occurring within Spain. Turning to what Haslam considers the “overriding and debilitating preoccupation with Bolshevism” as crucial in a failure to stand up to Hitler, Mussolini and Japan, aside from an innocence about practicalities, he also does not adequately address the problems of prioritisation, and one wonders for the present day how he would chide policy-makers in Washington, Berlin and London for not understanding whatever he thinks obvious in terms of priorities with regard to such joys as China, Russia, Iran and North Korea.

The discussion of the Hess mission is interesting, but again serves to enable Haslam to beat up the Brits for supposedly providing Stalin with fresh material for his obsessions, when in practice they were in good fettle anyway. Haslam argues that a continuing obsession with Hess was most evident “during the fateful battle of Stalingrad, where the ultimate fate of the Soviet Union would be decided”. Aside from the overwriting, the battles of 1941 were more significant, notably those near Smolensk and Moscow, and the German strategy in 1942 was poor: had Stalingrad fallen, the Soviet Union would not have done.

More generally, the contextualisation is limited, and notably so in terms of giving full weight to domestic and fiscal pressures, as well as (certainly for Britain), the full range of international and military commitments. Moreover, there is a tendency to make national policies more coherent than was the case, which is an aspect of a more general simplification.

In the closing pages, Haslam comes up to date, considering briefly the Iranian Revolution and, separately, the possibility that fiscal crises, namely the high level of debt, will provide the opportunity for extremists. Propping up the banks (again Haslam offers a new image) in response to the crisis of 2008 is presented as a mistake, as is the expansion of the money supply in response to the Covid epidemic. The future is presented as far more alarming than any climate change. The last three sentences offer room for reflection:

The bare bones of the archival record—the skeletal past—alone, vital as they are, give us the framework, but little of the essence. The meat of history comes to us only through the restoration of the prevailing ideas and dominant assumptions of an era, and the way in which these interacted with material life to push us to the edge of disaster. Writing the origins of the Second World War in ignorance of them cheats subsequent generations. History does offer warnings, if we care to recognise them for what they are.

We can all agree, I am sure. Unfortunately, Haslam does not really meet the challenge.

The Spectre of War: International Communism and the Origins of World War II
by Jonathan Haslam
Princeton University Press, 2021, 504 pages, US$35

Jeremy Black is a senior fellow at the Center for the Study of America and the West at the Foreign Policy Research Institute in Philadelphia. Among his books is Imperial Legacies: The British Empire Around the World (2019)

Emerging from Our Shells