The Cambridge Economist Seduced by Australia 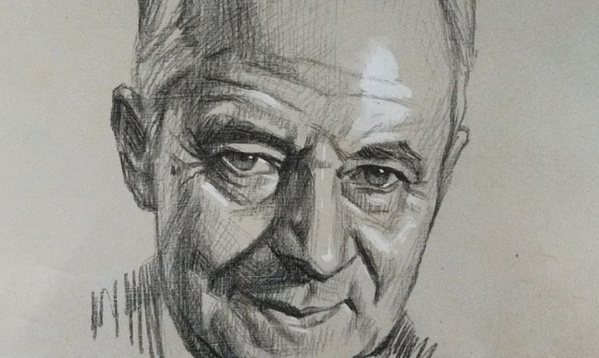 In May 1938 a young Cambridge economist entered the portals of the Queensland Treasury Building. He had three heavy tasks to occupy himself with: State Statistician, Financial Adviser to the Treasury and Director of the Bureau of Industry. It was a seven-year appointment. Colin Clark (above) was just thirty-three and considered “a bit of a genius” by J.M. Keynes, who had secured his appointment as a lecturer in statistics at Cambridge. As with Keynes, Clark’s degree was not in economics; he had studied chemistry at Oxford before picking up an interest in statistics that would be the making of him.

In June 1937 Clark arrived in Australia on sabbatical to do a term’s teaching at the University of Melbourne before planning to go on to America to undertake a lecture tour promoting his new book, National Income and Outlay, on national income accounting. At the time Clark was probably the world’s leading authority on national income accounting, having devised the concept of GNP. He found Australia such an interesting place that he decided to cancel that lecture tour, telling a friend it would allow him the “opportunity of seeing this rather isolated country with a peculiar set of economic problems of its own”. His interest in Australia deepened when he was invited to Brisbane to look over that state’s economic statistics. When he visited North Queensland he was staggered by what he saw, excitedly telling his wife back in Melbourne:

The sea and sky are an intense blue and the hills are covered with a very dark green tropical scrub. The soil on the plains is bright red, like Devonshire, and covered by very bright green sugarcane … And the people—it is like being in Norfolk again. Country people are always more friendly than town people, but these are particularly delightful.

He was impressed, too, by the resource potential of Queensland, particularly its ability to produce primary products, not just sugar.

As chance would have it, an opportunity arose of becoming an economic adviser to the Queensland government. Clark jumped at it even though it meant turning his back on Cambridge and Keynes. He told Keynes it was an ideal opportunity to put economic science into action. A salary four times what Clark was getting at Cambridge 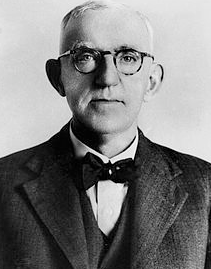 The Queensland ALP Premier, William Forgan Smith (left), pulled off quite a coup in securing the services of Clark. In his 1938 re-election policy campaign speech, he cited Clark’s findings that Queenslanders enjoyed some of the world’s best living standards.

In Cambridge, news of Clark’s defection was a bombshell; many were mystified why he would want to remove himself to the humidity and isolation of Brisbane. The mystery deepened when, two years later, in the foreword to his greatest book, The Conditions of Economic Progress, Clark praised Forgan Smith as “a far-seeing patron of economic science”.

Clark had finished off what was one of the first books on development economics whilst working in Queensland. There was something in the Premier’s life and philosophy that made Clark see him as a kindred spirit. They shared a focus on ruralism, decentralisation, closer land settlement, the upholding of agriculture over industry, and rejection of the ills of urban life.

As Director of the Bureau of Industry, Clark would become the Premier’s Stolypin, exerting a strong influence on the economic direction of the state. Clark would go on to serve three other Queensland premiers, but it was Forgan Smith that he was closest to. He sought his advice when deciding to resign from his Queensland job in 1952 because the incoming Premier, Vince Gair, wanted a greater economic focus on developing urban-based manufacturing and rejected closer land settlement.

Biding his time in Brisbane, Clark diversified into economic consultancy and forecasting before Oxford offered him the directorship of a research institute delving into agricultural economics.

Despite the dreaming spires and life of a fellow at Brasenose College, Clark was restless and hankered to be back in Australia. He told the Australian diplomat Walter Crocker, “I enjoy being here but should prefer to be engaged in controversy in Australia again.” He applied for at least four high-level posts in Australian academe. There were no takers.

Why was this? It went back to 1940, when Clark astounded many by converting to Roman Catholicism; his Fabian socialist beliefs were quickly discarded. It was all part of his sweeping odyssey from rabid socialism in his youth to libertarianism in his prime.

During the Second World War, Clark fell into company with B.A. Santamaria and the Catholic Social Studies Movement. With all the zealotry of the convert Clark raged against the idea of birth control and contraception. In one radio debate on the future of Australia’s population he went on a religious diatribe and made frequent reference to the “perversion” of contraception devices, saying only a “debased minority” of Christians did not share his views on birth control. 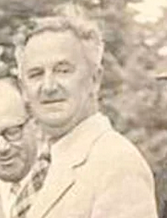 Trading on an old fear, he warned that, if Australians did not have enough children, the country would be “submerged under a flood of uninvited immigrants but more probably the country will be taken over from us by violence”. Afterwards the producer of the program, William Macmahon Ball (right), confronted Clark, saying his contribution had been:

strident, ill-tempered, and discoloured with spleen. What has the Queensland climate done to you? If you merely wanted to give effective expression to your religious convictions, surely you could have done that more forcefully by displaying some of the urbanity and graciousness that used to mark your temperament.

Clark knew that some of his other controversial views against federalism, tariffs, urban industrialisation and centralised wage arbitration had made enemies. He had already removed himself from the local economics profession and their preference for centralism, tariff protections and a collective form of social security for post-war Australia.

Another intractable enemy was Bob Hawke, whom Clark had clashed with at Oxford. The young upstart had been told that his purported study on Australia’s arbitration system was not strictly an economics dissertation.

In 1962 Clark told an Australian correspondent in London that he felt he had “been expelled from Australia” by a number of interest groups including unionists, manufacturers and academics. Clark did get back to Australia in 1969 when Santamaria and the Catholic Archbishop of Melbourne, James Knox, placed him in charge of a research think-tank called the Institute for Economic Progress based at Mannix College, Clayton. He was also offered an honorary research position at nearby Monash University.

Over his life Clark had seen several prophets of doom come and go, invariably telling people that the world was running out of food, resources, water, land or energy. In the 1960s he sought to overturn this prevailing mood of negativity by scientific and empirical persuasion. He believed it was important to confront such prophecy since widespread disillusion about the Earth’s future, coupled with a low level of scientific education, spread anxiety about the future and lay behind the falling birth-rates which depressed him.

Besides contesting many of the claims by the Zero Population Growth movement, Clark also confronted the Club of Rome on its environmental pessimism and preconceived idea of food production falling behind population growth and related fears of the world “running out” of resources.

His criticism of the neo-Malthusians was not, as some might believe, based on his Catholic faith. In 1935 he had discovered that Malthus’s dire prophecy of population growth outstripping food production was predicated upon diminishing returns; however, global agricultural production was tending to outpace population growth. Diminishing returns could be forestalled by improvements in agricultural technology.

He also challenging the bleak dystopian picture put out by the Club of Rome in its report The Limits to Growth. He was quick to point out that there was no chance of an exhaustion of resources since many were actually indestructible, meaning huge potential for recycling. Clark was also adamant that pollution was not directly related to population growth and was conquerable, though most societies were reluctant to devote the 1 to 2 per cent of GDP that was needed, he felt, to abate it. He did warn, however, that economies could not continue to burn fossil fuels, especially coal, as a form of energy.

2 thoughts on “The Cambridge Economist Seduced by Australia”

Blame the Empire: The History War in Britain

Banksia Men and the Transit of Venus