Statement from the Mind? 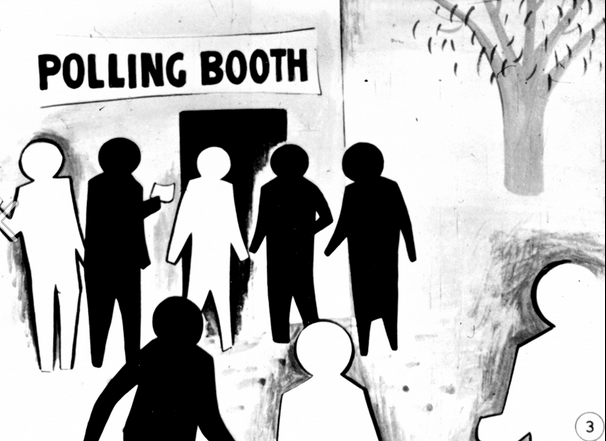 The fundamental paradox of indigenous sovereignty is the challenge of creating a state-within-a-state. In this short book, political philosopher Duncan Ivison searches for a solution. An Anglophone Quebec native who teaches at the University of Sydney, where he is the Deputy Vice-Chancellor (Research), Ivison brings a welcome comparative perspective to Australia’s indigenous debates. He is especially concerned to explore how liberal states like Australia, Canada, New Zealand and the United States should react to demands for indigenous sovereignty and self-government; he does not consider the more repressive environments for indigenous peoples found in parts of the world like Central America and South-East Asia.

Ivison opens with a sympathetic consideration of the 2017 Uluru Statement that makes clear his book is more concerned with begging the question of the title than with answering it. Although Ivison recognises that the key demand of the Uluru Statement for “the establishment of a First Nations Voice enshrined in the Constitution” would create group rights that challenge the system of individual rights that lies at the core of liberalism, he is more interested in justifying that challenge than questioning it. A professional philosopher, he bases his arguments on the philosophy of John Rawls. But like Ivison in this volume, Rawls was really more concerned with what non-academics would understand as justice, not liberalism. The rough and ready equation of liberalism with justice leads Ivison into logical dead ends that can only be solved by a presupposed consensus on the desired outcome.

For example, Ivison stresses that “an Indigenous people is not a racial entity, but a political one: they are a polity”. He argues that this gives indigenous Australians “a collective and corporate right to self-determination” that is not possessed by other interest groups in Australia’s liberal society. He explicitly rejects the notion that indigenous rights can be granted or governed by the (liberal) colonial state, tracing them instead to indigenous specificity and the basic human rights due to indigenous peoples as peoples. Yet he wholeheartedly embraces the solution (in Australia) of a constitutionally-enshrined indigenous Voice to Parliament, which would advise on parliamentary legislation that it deems relevant to Australia’s indigenous peoples.

The authors of the Uluru Statement claimed that the many “Aboriginal and Torres Strait Islander tribes were the first sovereign Nations” (plural) of Australia. Indigenous peoples (plural) may be (or have been) polities, but the collective composed of all of Australia’s individuals of indigenous descent was never historically a polity. Under the influence of a national indigenous intelligentsia, it may be emerging as a polity today, but if so, then it is a polity that lacks a historical sovereignty that “has never been ceded or extinguished” (to use the language of the Uluru Statement). But indigenous intellectuals and political theorists can’t have it both ways: either the many indigenous peoples of Australia have inherited the unextinguished historical rights of continuously existing pre-colonial nations, or the individual Australians of indigenous descent form a unified racial minority group possessing race-based claims to historical justice.

There are thus two striking elisions in Ivison’s arguments—which, to be fair, merely reflect the elisions found in most politically-correct discourses regarding Aboriginal and Torres Strait Islander rights. First, the Voice demand implicitly accepts the legitimacy of the liberal colonial state to adjudicate on indigenous affairs. Political correctness forces Ivison to reject the legitimacy of the colonial state, but his argument that the Northern Territory Intervention could have been legitimated by the assent of an indigenous Voice accepts that the colonial state can legislate for individuals of indigenous descent. Second, indigenous sovereignty claims only make sense within the context of (plural) indigenous nations. Yet the Voice demand homogenises all Australians of indigenous descent into a single indigenous constituency.

Ivison laments the fact that Australia, Canada, New Zealand and the United States voted against the United Nations Declaration on the Rights of Indigenous Peoples in 2007. He might have noted who voted for it: for example, states like Guatemala and Myanmar that have horrific records of indigenous repression. While Ivison and the Uluru Statement focus on indigenous incarceration, the exceptional characteristic of indigeneity in the liberal Anglosphere is the non-indigenous majority’s genuine desire for social inclusion. Sovereign indigenous states might choose not to incarcerate people for murder, rape, child abuse or domestic violence, but inclusion in the wider liberal polity implies an acceptance of its laws. In the abstract, it sounds absurd to talk of incarceration as a form of social inclusion. In practice, it means the ability of individuals of indigenous descent to call upon the protection of the colonial state, and receive it—even if called in against members of their own indigenous communities.

The colonial settlement of Australia was an often violent, profoundly illiberal process through which many people were dispossessed of their land and livelihood by an ostensibly liberal state. Over a slow historical evolution, the descendants of people who were external to the liberal colonial polity came to be included within it. Their liberal rights and freedoms are derived from the colonial polity itself, not from the profoundly illiberal polities of their ancestors. The avoidance of that uncomfortable reality pervades nearly all academic writing on indigenous rights. This book is no exception to that general rule. Can Liberal States Accommodate Indigenous Peoples? is provocative, engaging and commendably readable. It does not, however, confront head-on the truly difficult question posed in its title.

Salvatore Babones is the Philistine

15 thoughts on “Statement from the Mind?”

Too Much the Quick Fix