A Virus That Leaves Even Less Trace Than Turnbull 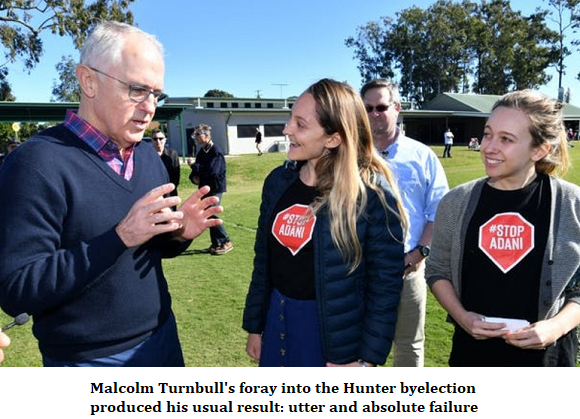 Certain structures in London still bear evidence of bomb damage from German attacks during the Second World War. The same city invites tours of Roman ruins excavated in recent decades. Not too far from London, far more extensive evidence of Roman occupation may be observed.

Big events tend to leave a mark. A friend who’d grown up in Darwin once walked me to a tree in his old neighbourhood. Embedded in that tree, exactly as he remembered from 1974, was a long, twisted piece of metal forever lodged there by Cyclone Tracy.

Even 100 years after the storming of Normandy, beachcombers will still be retrieving bullet shells, helmets, barbed wire and other landing traces. In 2018, metal sheets wearing distinctive US military markings were found holding together a ceiling in Bonn, Germany. Investigation revealed these sheets to likely be repurposed bonnets from some of the thousands of Jeeps used seventy-four years earlier and 700 kilometres away in Normandy during the 1944 Allied air and sea assault.

Besides gravestones, however, very little physical evidence remains of the 1918–1920 Spanish flu pandemic. It ended the lives of millions but left no earthly scars. Statistically, it is highly probable—since many of Australia’s 17,000 or so Spanish flu victims were adults aged between twenty-five and thirty-four—that at least some of those victims had helped build monuments to our First World War fallen.

Let those monuments also stand for those who died in the pandemic, for little else does.

What evidence may survive to remind future Australians of our current coronavirus pandemic? Barely any at all, by the looks of things. Supermarket floor stickers urging customers to keep their distance are already fading due to foot traffic. They’ll shortly be worn away entirely.

As well, protective shields at cash registers will also be removed, along with other barriers put in place at moments of peak government and medical panic. Give it a few more years and the only physical reminders of our pandemic response may be the occasional discovery of old, unused masks in handbags, car gloveboxes and medical cabinets.

A few grams of paper and fabric aren’t much of a souvenir from a time of such devastation. But those masks may prompt future discussions of how a phenomenon emerged parallel with the pandemic—a phenomenon that proved insanity to be just as infectious as any Chinese virus.

Some had hoped that the woke movement might be stalled by the pandemic. After all, why worry about pronouns, wholly imaginary racial slights and the terrors of gendered language when millions of people were actually dying and once-healthy economies were being destroyed?

The optimistic among us believed rational priorities might prevail. We could always go back to caring about the opinions of autistic Swedish teens or the alleged sexism of ancient Warner Bros cartoon characters, for example, once all the deaths were done with.

Instead, the pandemic has plainly supercharged the woke movement, possibly due to so many people being stuck with nothing to do while schools and businesses were closed. Combine widespread inactivity with social media and fashionable political lunacies and you’ve got yourself a platform for viral insanity more ruinous than even the least sanitary Wuhan bat salad bar.

“It’s not possible to know a person’s gender identity at birth,” a recent CNN news piece bluntly asserted, “and there is no consensus criteria for assigning sex at birth.”

A mainstream news outlet doesn’t arrive at those ridiculous conclusions without several years of intensive, collective and deliberately-inflicted mental damage. “In fact, as most of us are willing to acknowledge, for all of human history we’ve all relied upon a very simple way of actually knowing sex at birth,” wrote PJ Media’s clear-thinking Ed Driscoll in response to CNN’s report.

“The concept of ‘assigning’ sex at birth, far from being based on any ‘consensus criteria’, is a progressive invention designed to inculcate new parents into believing that a child’s biological sex and gender are sometimes, or even often, misaligned, and that it would be damaging to them to merely accept the reality of their biology at birth.”

Seems about right. Speaking of “progressive inventions”, Australia’s green Left/Labor elements lately joined forces to compel a parliamentary inquiry into media diversity. According to them, media diversity is severely limited and under further threat.

They claim this in 2021, when the media has never been more diverse in Australia’s or the planet’s history. Anyone with a mobile phone can easily demonstrate this within seconds. The aim of diversity claimants is in fact to reduce diversity by delegitimising conservative points of view. Furthermore, this absurd inquiry is under way as our economy faces its greatest challenges since the end of the Second World War.

The ruins left after the coronavirus won’t be in the form of anything three-dimensional. Nobody will be able to point at any bomb craters or smashed buildings. But they will be able to identify the destruction of logic brought about by a society gone woke.

Problem is, they may not be allowed to say so. Leftist wokens are censorious. They erase that which offends them, from logical views on gender to media voices that express views contrary to their own. Social media companies last year scrubbed from the internet reports exposing international influence-trading scams run by the Biden family. The same companies also diminish accounts presenting unapproved views on everything from climate change to the effectiveness of mask wearing.

Nobody wants bombs to rain down upon our cities, but there is definitely something to be said for dangers that turn up unconcealed. Right now, our primary threats—both medically and morally—arrive invisibly and leave in their wake a terrible emptiness.

DURING the early weeks of Malcolm Turnbull’s prime ministership, in September 2015, Sydney Morning Herald columnist Elizabeth Farrelly offered what proved to be the most wayward prediction in Australian political history.

“Malcolm—who like Beyonce is known universally by his first name—will be the longest-serving prime minister since Menzies,” Farrelly announced. “Possibly ever.”

Elizabeth was originally hired by the SMH to cover issues relating to architecture, an area in which she has some expertise. Perhaps she should have stuck to her initial brief. In any case, that prediction again comes to mind as Turnbull’s latest political venture ends in easily-foreseen failure and acrimony.

We’re forever being told by Turnbull and his kind to alter our behaviour for the sake of climate change, but Turnbull never changes his own stance or tactics at all. In 2009, he was removed as Liberal leader after siding with Labor’s Carbon Pollution Reduction Scheme. In 2018, he was dumped as Liberal leader and Prime Minister after again proposing climate change policies that were rejected by the Liberal Party core.

And in 2021 Turnbull was again cast aside after just one week as inaugural chairman of the New South Wales Liberal government’s Net Zero Emissions and Clean Economy Board. Overall, Turnbull is net zero from his three attempts to turn Liberals into Greens.

Meninga departed without complaint. Not so the ex-PM, who in the wake of his dismissal continued his curious recent project of becoming Kevin Rudd. “Thugs and bullies” had brought him down, Turnbull raged.

“The fossil fuel lobby, the coal lobby with their supporters in the Murdoch media are very influential, very powerful,” he claimed. “They don’t believe in net zero emissions. They don’t believe in global warming or doing anything about it. So someone like me who takes those issues seriously is someone to be opposed.”

More than ever, Australians take jobs seriously. They also take seriously the idea of regaining our economic independence and our industrial power. Those who believe Australia’s insignificant contribution to so-called global warming gases should be further reduced to appease the climate gods will always be opposed.

Turnbull has had twelve years and now three humiliating rejections to discover this, yet onward he blunders. Simple farm creatures are able to grasp the notion of cause-and-effect. It’s why cattle only require a shock or two before they learn to avoid electric fences. Turnbull keeps grabbing the fence with both hands.

He’d pick up more political insights from observing cows at his Hunter Valley farm than he’d ever do from watching Attenborough documentaries or checking the stock price for renewables.

Readers are invited to consider Turnbull’s next climate-based removal. Might he be ditched by a Liberal branch, or perhaps by a book club weary of weekly readings from Tim Flannery? Could he be relieved of his NRMA Roadside Assist membership by a rogue mechanic?

Anything is possible with Malcolm Turnbull. Anything except change.