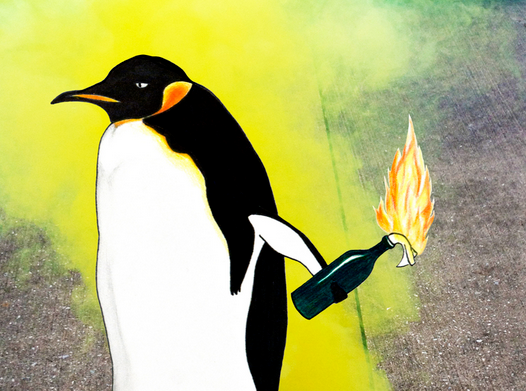 Just as cash gave way to credit cards and in-person transactions yielded to online purchases, our social currencies have also changed. Previously, a person’s standing in the community was determined by the level of regard for that individual’s achievements—or perhaps ambitions, if we were discussing someone youthful.

As for the background of those people, we might have known something of their place of birth, education, some of their broader interests and so on. Their accomplishments, however, were the main act. How they arrived at the circumstances that allowed those accomplishments was, understandably, of lesser interest.

During the late nineteenth century and for some decades into the twentieth, explorers, adventurers and the like would often seek to recoup the cost of their activities by presenting paid town hall lectures. In May 1919, for example, polar explorer Sir Ernest Shackleton appeared at West Hartlepool’s town hall to address attendees on “The Endurance of the Antarctic Expedition”.

Shackleton obviously had no small amount of material upon which to draw for his many lectures and other public appearances. His polar journeys are among the most harrowing ever undertaken. But suppose he’d been a pioneer in a field other than Antarctic exploration. Suppose Shackleton had led the world in pity-pleading and victimhood, after the modern fashion.

If Sir Ernest had veered from the core subject of expeditionary endurance to instead tell of an anguished childhood or his pain over anti-Irish bigotry, that West Hartlepool crowd might very well have demanded refunds. They didn’t pay their ten shillings and sixpence (more than $50 in today’s money—Shackleton was quite the draw) to hear a self-obsessed whiner. They wanted heroism, and to celebrate that heroism.

In 2021, one hundred years after Shackleton commenced his third and final (and fatal) expedition, social and financial rewards are not won through accomplishments. Rather, they are won through claimed oppression and injustice.

The Marxist organisation Black Lives Matter spent most of 2020 setting fire to buildings, looting stores, physically attacking people and otherwise laying waste to cities across the US. Many of the businesses and neighbourhoods they targeted were run and occupied by black people.

Overall, the insurance bill for all that destruction is estimated at up to $2 billion. And then one must add the uninsured losses. Those colossal deficits turned into mighty gains for the Black Lives Matter movement. The victimhood-pleading Black Lives Matter Global Network Foundation reported in February that it had taken in more than $90 million in donations from people convinced they were helping combat racism.

And why were so many donors so keen to fund Black Lives Matter? A clue may be found in a survey conducted in the US earlier this year. It found that nearly 45 per cent of left-leaning respondents believed 1000 or more unarmed black people had been killed by police in 2019. The real figure, as pointed out by journalist Matt Walsh, is thirteen—“and even thirteen is an overstatement”.

Those suckers are donating money to solve a problem that is only one seventy-seventh the size they imagine. Into the bargain, they’re funding a crowd that reverses black advancement by torching black-owned enterprises. Black Lives Matter rivals the Ku Klux Klan as a force for race-based destruction.

Sir Ernest Shackleton may have accomplished great feats of bravery, daring and perseverance, but judged by modern social justice warrior standards he comes up negative. He was male, heterosexual, and didn’t—so far as anyone knows—struggle with body image issues or gender dysmorphia. As well, his expeditions may easily be considered a form of Antarctic colonialism. Penguin Lives Matter.

Worst of all, Shackleton was white, which is why next year’s centenary of his death very possibly will pass unnoticed. The push to eliminate white historical figures is not limited to statues. “We don’t call them Newton’s laws any more,” a student at New York’s fancy Fieldston School told journalist Bari Weiss for a City Journal piece published in March. “We call them the three fundamental laws of physics. They say we need to ‘decenter whiteness,’ and we need to acknowledge that there’s more than just Newton in physics.”

There’s only one way for whitey to dodge this “decentering” and receive any positive acknowledgment. It isn’t by making a material difference to the lives of black people, otherwise Tony Abbott’s frequent, largely unpublicised visits to remote Aboriginal communities would have been celebrated. And it isn’t by protecting black people, otherwise calls would be heard across the US to double police funding.

No. The only way for white people to score any points in this game is by denouncing the racism of others while parading their own suffering. Prince Harry may not be the brightest royal, but he has perfectly intuited the current mood. His Oprah Winfrey interview alongside partially-black wife Meghan Markle was a masterclass in modern social positioning.

During that interview, Markle claimed there had been “conversations” between Harry and an unidentified member of the royal family “about how dark [son Archie’s] skin might be when he’s born”. Harry, Markle continued, “did not share the identity with me, but he wanted to make sure that I knew”.

And now the world knows, to the couple’s great advantage. They’re the world’s wealthiest, least-accomplished victims. Mourn for them. And then pay up for their new Netflix special.

Shackleton never achieved anything nearly so heroic as smearing his own family with an unsourced accusation of racism. He just kept on exploring, right up until the morning of January 5, 1922, when, feeling poorly, he summoned Dr Alexander Macklin to his ship’s cabin.

Following an examination, Shackleton—moments prior to expiring—asked the physician: “You are always wanting me to give up things. What is it I ought to give up?” Macklin replied: “Chiefly alcohol, boss.” That’s another mark against the explorer, I’m afraid. “These days,” a New York Times reporter wrote two years ago, “many women are citing sobriety as a pillar of their feminism.”

So Shackleton was a misogynist as well. Frankly, his erasing from history cannot come soon enough.

THESE days I’m mostly just sitting around waiting to be cancelled. It’s obviously only a matter of time before the forces of woke take me down.

At least I’ll be in good company. Several Dr Seuss children’s books were recently banned due to what were claimed to be racist images. Pepe Le Pew, the amorous Warner Bros cartoon skunk, also copped it. Coon cheese—named after the inventor of a breakthrough dairy process—now goes by the name Cheer.

Twitter has blacklisted the word blacklisted. Confectioners Nestlé ditched Red Skins and Chicos. US supermarket chain Trader Joe’s came under attack over its range of imported products, which carried names reflecting their nation of origin: Trader José’s, Trader Ming’s, Trader Giotto’s and so on.

As this is written, consumer goods manufacturer Unilever is crowing about the inclusiveness of its decision to delete the “normal” category from its range of shampoos, soaps and skincare products. According to the company, which took this action unprovoked by any public pressure, this move will “tackle harmful norms and stereotypes”.

That’s right. “Normal” is now a stereotype. Do keep that in mind the next time you’re describing any standard or average occurrence. Claiming you drove the normal way to work, for example, may result in woke censure.

That’s some pretty high-minded philosophical theorising from some bloke who sells soap. Do tell us, shampoo man, of your other profound and esoteric existential concepts. You know, in between putting different varieties of the same stuff in plastic bottles.

When even normal is dismissed as discrim­inatory word, we’re entering a whole new realm of cancellation possibilities. The notion of time may now be subject to critical review by our woke cultural overlords. In fact, it already is: Prime Minister Scott Morrison last year unilaterally changed a line in our national anthem from “young and free” to “one and free”.

This was done in order, Morrison said, to recognise thousands of years of Aboriginal occupation. But he left “free” in there, which may be troubling to university philosophy departments and their kindred spirits in the mass-market beauty product caper. Freedom doesn’t exist, they may posit; we don’t think it means anything to anyone.

And we’re losing the freedom of language. When it comes, my cancellation may be less a punishment than a liberation. I’ll be free.

The Nicest Country They Couldn’t Wait to Leave