Fifty-Five of the Best, and the Worst 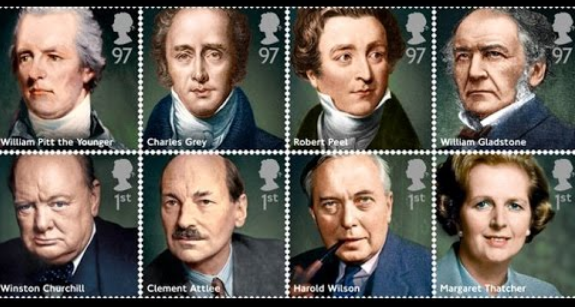 Iain Dale’s The Prime Ministers is a cornucopia of delights for British history buffs. It covers 300 years of history, and an extraordinary range of personalities that have held the prime ministerial office since Sir Robert Walpole effectively invented it in 1721. Each of the fifty-five portraits is composed by a different writer, so they vary wildly in quality and outlook, but the best of them are very good indeed. One can quibble at the general Whiggery of the writers, and their over-valuation of the dunces who held office during most of the twentieth century, but then, arguing with the book’s conclusions is half the fun!

As you would expect, the eighteenth-century portraits are least contentious. The portraits of the Pelham brothers overvalue Newcastle and somewhat undervalue Henry Pelham, whose invention of Consols in 1751 was a financial masterstroke that enabled Britain to finance its increasingly costly wars for the next sixty years. Bute is given his proper due as a man whose year in office, by ending Whig one-party rule, changed British politics forever. Rockingham is grossly over-rated. We are told that his ideals “remain inspiring to this day”—only if you are a Whig; he was in office for only sixteen months and his most notable achievement, repealing George Grenville’s Stamp Act, gave a disastrous victory to the most uncouth and rebellious elements in the American colonies.

There is more contention when we get to the Napoleonic Wars premiers, who had a far more difficult job than their predecessors or their Victorian successors. Mark Garnett compares Pitt to Mozart, a comparison that would have seemed reasonable a century ago, but which seems a little overblown today, given Pitt’s questionable management of war strategy and finance. Addington is given his due; Stephen Parkinson recognises that he was a better administrator than Pitt, who made Pitt’s income tax work by inventing tax withholding. William Grenville was cleverer and better than he is given credit for here—in the job only a year, he managed to abolish the slave trade, which Pitt had failed to do in two decades.

For Spencer Perceval, Iain Dale recruited Lord Bellingham, a descendant of his assassin. I think that was in poor taste—like getting a Wilkes Booth descendant’s view of President Lincoln. Bellingham devotes part of the short biography to his ancestor, appears to dislike Perceval’s successful conservative policies and praises him (together with a slur at his successor, Liverpool) for the Navy’s West Africa Squadron to root out the slave trade. That squadron was however formed in 1808, when Perceval was merely Chancellor of the Exchequer and not directly involved.

On Peter Riddell’s study of Liverpool, I must declare an interest, having recently written a biography that proclaims him “Britain’s Greatest Prime Minister”. Since he won the Napoleonic Wars, presided over the crucial phase of the Industrial Revolution and achieved the unique feat of winning four successive general elections, he has at least a claim to that title. Riddell, a distinguished economic journalist, alas neglects his economic achievements and dismisses him as “unexciting but committed to the public good” which is too close to Disraeli’s verdict on him as the “Arch-Mediocrity”. Conversely, Canning is given high praise by Theo Barclay, who ignores the universal distrust in which he was held by his colleagues.

The Victorians are generally over-rated; looking from 2021 they appear to have had it very easy, with none of the military or financial threats faced by their Napoleonic predecessors or twentieth-century successors. Disraeli’s achievements as prime minister are fairly treated, though the lily of his personality is excessively gilded, but Gladstone is hugely over-rated. As Chancellor of the Exchequer, he had none of the difficulties faced by the great Nicholas Vansittart earlier in the century; his first ministry was full of achievement, but subsequent ministries were disappointments and his use of the touchy issue of Irish Home Rule as a cheap electoral weapon, instead of introducing legislation when he had a solid majority, appears irresponsible folly to those who know the unhappy history that followed.

On the other hand, Aberdeen and Derby are treated well here, rightly rescued from some of the oblivion into which they have fallen—the Aberdeen biography revealed much that was new about a neglected figure. The best of the Victorian bunch were Palmerston and Salisbury; Roy Hattersley, while unsympathetic to Palmerston’s conservatism, recognises his popularity while in office, while the Liberal Democrat Tony Little does full and thoughtful justice to Salisbury.

Around 1900, the environment for British prime ministers became far more difficult. Balfour, the first in the new century, was an incomparable bungler, which Jack Brown tries but fails to skate over. Campbell-Bannerman, on the other hand, coped rather well with the new world, and his descendant David Campbell-Bannerman does justice to him. David Laws, a former Liberal Democrat minister, is also fair to Asquith, who had the most difficult tenure of any British prime minister. On the other hand, Damian Collins, a Tory MP, is far too kind to Lloyd George, who was personally and financially dishonest, but had the dumb luck to manoeuvre himself into Downing Street four months before the Americans joined Britain’s side in the First World War.

The inter-war prime ministers are also a little unbalanced; the writers are generous about Bonar Law and Baldwin, niggling about Ramsay Macdonald and Neville Chamberlain. I would be the other way round. Ramsay Macdonald started from very impoverished circumstances and became the effective creator of the Labour Party, the first Labour leader to enter Downing Street. As for Chamberlain, you can argue about Munich, but you cannot deny his six years as Chancellor of the Exchequer from 1931 to 1937, when he led Britain to its biggest five-year growth rate ever, at a time when the rest of the world was in deep recession.

Churchill and Attlee, as you would expect, are treated as demi-gods, with Sir Anthony Selden’s piece on Attlee insufficiently critical of the economic contradictions in the government’s approach between 1945 and 1951. Then we come to the mere mortals within living memory. Eden is given the consensus condemnation, then Macmillan is given high and unjustified praise—no matter how good his PR was, his economic policies, together with those of Wilson and Heath, led Britain to near-bankruptcy by 1976. His hurried, poorly thought-through African decolonisation is damned by the awful record of African governments from 1960 to 2000, and their better progress since—maybe another forty years of outside guidance was needed.

Rachel Reeves on Wilson and Wilf Weeks on Heath are both too kind—Weeks served as private secretary to Heath, surely a conflict of interest—but Lewis Boston on Callaghan is justifiably gentle. Then Julia Langdon, who reported on Thatcher’s tenure, gives a somewhat acerbic review of Thatcher—we should soon pass through the era of denigration and come to view Thatcher as unquestionably one of the top three twentieth-century prime ministers, along with Churchill and Attlee.

Probably the worst of these biographies is John Glover’s grotesquely over-favourable review of John Major. Grossly underqualified for the job, Major should have resigned over the Black Wednesday crash out of the European Monetary System, which was all his fault. He then came close to destroying Britain’s democracy by refusing a referendum on the Maastricht Treaty, rejection of which might have pushed the EU into becoming the free trading, small government, democratic single market that the British people wanted. Remainers should join me in condemning him, since an option available then was lost by the time Cameron restored British democracy with the referendum of 2016.

Blair is written by the extreme Blair acolyte and Remainer Andrew Adonis; that choice was a mistake. Of the other recent biographies, Adam Boulton’s on Cameron is notable for getting Cameron’s long-term reputation precisely backwards; the 2016 referendum, far from being a blot on his record, will surely in future years be its highlight, although overall I believe he will be viewed quite favourably.

Dale’s book is well constructed and most enjoyable to read; far more enjoyable than it has been to live under the post-1951 occupants of the prime ministerial office.

Martin Hutchinson is a former banker and financial journalist and the author of Britain’s Greatest Prime Minister, a biography of Lord Liverpool (Lutterworth Press, 2020)

Steadfast in the Midst of Chaos

No Need to Apologise, Alas