Losing Faith in the Future of Democracy 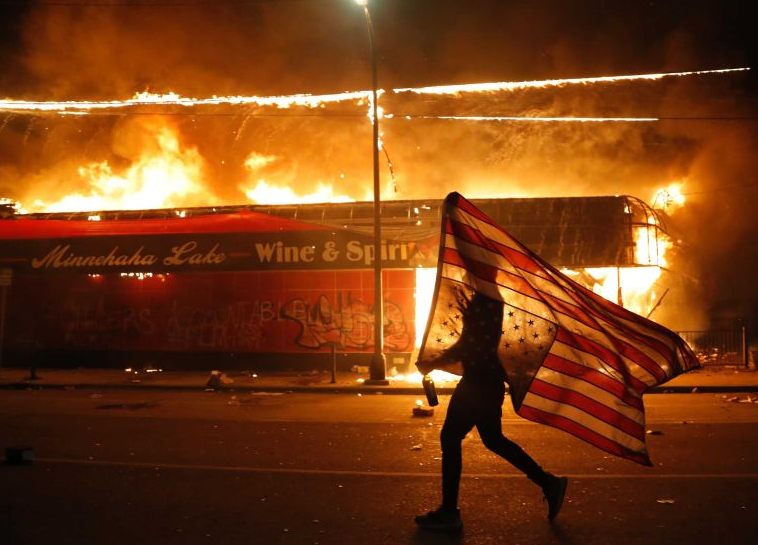 The sacking of the Capitol building on January 6 embarrassed the US in the eyes of the world and did little to advance a liberal universalism that has long held that representative democratic institutions best answer the needs of pluralist, ethnically diverse populations in a complex, interconnected, but by no means integrated world.

But was it, as Harvard Kennedy School professors maintain, “the most dangerous threat to American democracy in our history”, trampling over its norms and exposing its fragility? Was the “insurrection” the premonitory snuffling of an impending kristallnacht or merely, in the words of Elias Canetti, the action of a “stagnant crowd” anticipating its own “immediate death”?[1]

Rather than taking a pessimistic view of the future and an anachronistic view of the past, it might be worth considering what more prudent observers of republican and democratic practice in its historical context from Machiavelli to Hannah Arendt considered necessary for an enduring political order.

Observing the past and applying its prudential reasoning to the present, Machiavelli found that, in virtuous republics, conflict “between the populace and the Senate” may be looked on “as an inconvenience” which it was necessary to endure “in order to arrive at greatness”. Machiavelli was the first to point out that political conflict may be functional for class-based democracies like those of the West. Significantly, the American Founding Fathers closely attended to Machiavelli and the classical republican model in framing a revolutionary constitution for a novus ordo saeclorum. More precisely, they were “if anything more learned in the ways of ancient and modern prudence than their colleagues in the old world”.[2]

Yet interest in these principles dried up almost immediately after the task had been achieved. What was lost through this failure of thought and remembrance were the revolutionary ideals of “public freedom, public happiness and public spirit” that began something both new and enduring. This has been the chief reason the American revolution, unlike the French, has remained largely neglected in world politics.

As Hannah Arendt explained, the American aversion to conceptual thought meant that the interpretation of American history, ever since Tocqueville, succumbed “to theories whose roots of experience lay elsewhere”. As a consequence, the US, its mainstream media and professoriate, have shown “a deplorable tendency to magnify almost every fad and humbug which the disintegration … of the European political and social fabric … has brought into intellectual prominence”.[3]

In the context of the current democratic malaise, this American inattention to its own revolutionary, constitutional particularity reflects a broader mood swing in comparative political science from liberal optimism to Spenglerian pessimism about democracy’s future. The reasons for this loss of faith, however, reveal a crisis not so much in democratic institutions themselves, but in the limited and abstract democratic theory the media and social scientists employ to compare systems of government and promote a rationalistic rather than a historically informed account of how they should function.

Casting our minds back to the end of history, we might recall that in the 1990s, both conservative and liberal political scientists from Samuel Huntington to Seymour Martin Lipset, Larry Diamond and Robert Dahl identified a “third wave” of democracy sweeping the globe. Dahl wrote that an unprecedented political change had occurred. “All of the main alternatives to democracy had either disappeared, turned into eccentric survivals or retreated from the field to hunker down in their last strongholds.”[4]

Yet what democratic theorists understood by democracy proved curiously mutable over time. During the Cold War, the inchoate American discipline of comparative political science opted for a parsimonious definition. Following Schumpeter’s work on Capitalism, Socialism and Democracy (1943) political scientists considered “the democratic method” as that “institutional arrangement for arriving at political decisions … by means of a competitive struggle for the people’s vote”. [5] Dahl spelt out its minimal procedural requirements: elected officials, free, fair and frequent elections, freedom of expression, alternative sources of information, associational autonomy and inclusive citizenship. It also eschewed unelected “tutelary” authorities like monarchs, militaries and priesthoods.

Samuel Huntington added that this realist democratic model involved two dimensions: contestation and participation.[6] From this perspective, Seymour Martin Lipset identified the economic preconditions that determined the processes of liberalisation and democratisation in developing as well as developed states.[7] Subsequently, his student, Larry Diamond, in In Search of Democracy (2016) found that although it has many causes a common thread linked regime effectiveness to democratic accountability.

Even authoritarian regimes that survived this inexorable global movement felt, it seemed, constrained to offer some form of electoral competition, however specious.[8] Yet as 1990s-style electoral democracy became “the only game in town”, the concept itself also stretched to include something more virtuous than mere procedure. The democratic package increasingly came with the additional norms of good governance, accountability, transparency, the rule of law and respect for civil liberties alongside equitable economic growth. As the Third Wave peaked, Dahl regretted “that every actual democracy has always fallen short” of the requisite criteria he and his fellow liberal academicians increasingly demanded. Democracy extended elastically to embrace both an ideal as well as “a procedural actuality that is only a partial attainment of the goal”.[9]

Introducing progressive values into what is an empirically measurable procedure is a recipe for confusion, and the fact that those defining the values were partisans of this idealist agenda did not help. Diamond, who launched the Journal of Democracy in 1990 to decode, advance and promote the democratic model, found that “democracies in trouble were virtually all illiberal”. [10] To avoid illiberal breakdowns, he averred, states must achieve “democratic consolidation”. This required “horizontal accountability”, different means of “checking and restraining the abuse of power” and “truly free, accountable, honest, just, inclusive and responsive government”. Daniel Levitsky and Steven Ziblatt stretched the concept further, “precising”—to use their preferred participle—democracy with an additional attribute, “the existence of a reasonably level playing field between incumbents and opposition”.[11] Without such morally accountable and socially just governance, democracy was vulnerable to breakdown. Consequently, many democracies were by 2016 in “recession”, “degraded by the actions of their own democratically elected executives”.[12]

This diagnosis eschewed the fact, however, that in its first American “wave” democracy assumed something rather different: namely, a state where impersonal law regulated personal freedom. It implied that governments were responsive to the desires and opinions of the governed and responsible to them. A government regulated by law and responsible to the body politic was a constitutional government, and constitutionalism or republicanism is therefore perhaps a more adequate appellation for this form of government than democracy. Indeed, in the careless hands of political scientists, the term “democracy” has suffered a form of verbicide.

This becomes evident when the political science departments of most Anglo-American universities attribute the current democratic crisis to “authoritarianism”. Curiously, according to this way of thinking, it is only Republicans that cultivate this intolerant, politically polarising disposition. Black Lives Matter, Democrats, or unelected tutelary bodies like the universities themselves, have, we are told, “not been the principal drivers” of “deeper polarisation”.[13]

Instead, democracy in the US is “dying from within”, slowly eviscerated by conservatives with a penchant for something only recently added to the political science vocabulary, namely, authoritarianism. “Authoritarian”, and its cognate terms, “authoritarianism” and “the authoritarian personality”, do a lot of work in this vocabulary of democratic decline, but what do they actually mean? Their origins may be traced to the Marxist Frankfurt school of Theodor Adorno and Max Horkheimer who first detected authoritarianism corrupting European politics between the wars.[14] Somewhat predictably, democracy theorists find similarities between contemporary US politics and the collapse of the Weimar republic in 1933. The rise of fascism in Italy and Germany, it is alleged, “highlight the type of fateful alliance that often elevates authoritarians to power”[15]. 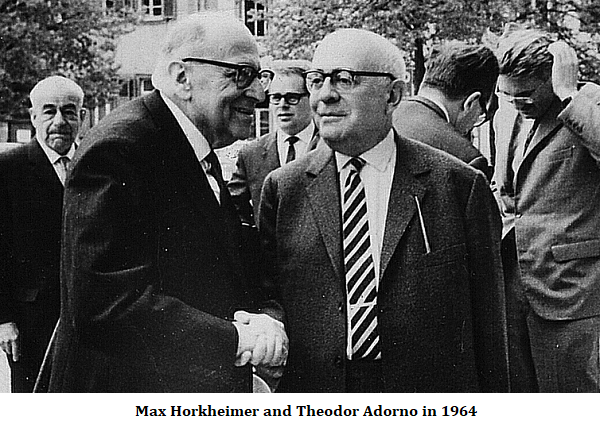 However, to reduce contemporary political outcomes to an “authoritarian personality” disorder requires a certain amount of academic gerrymandering. The term is a Marxist ideological construction, not a political theory. Fleeing Germany for a more tolerant America in 1938, Adorno subsequently floated the concept as a device for smoking out concealed fascism everywhere and especially in the false consciousness of successful post-war liberal, consumer capitalism in the United States.

Such theoretical fads crossing the Atlantic, Arendt observed presciently, lost their basis in reality and with it all limitations of common sense. As a result, democratic theory increasingly came to accept almost anything critical and abstract when its foremost task, the comprehensive understanding of reality and the coming to terms with it, is in danger of being fatally compromised.

For as Montesquieu and the authors of The Federalist Papers recognised, democracy’s virtues of liberty and equality require limits, not progressive extensions. The preoccupation with permanence and stability, not abstract norms, or authoritarian predispositions, runs like a red thread through the American constitutional debates, which were conducted in terms of the ancient notion of a mixed form of government which combined the monarchic, aristocratic and the democratic elements in the same body politic, thereby “arresting the cycle of sempiternal change”.[16] When John Adams, following Montesquieu’s understanding of democracy, wrote: “Power must be opposed to power, force to force, strength to strength, interest to interest, as well as reason to reason, eloquence to eloquence, and passion to passion”, he obviously believed he had found in this very opposition an instrument to generate more power, more strength, more reason, and not to abolish them.[17] On the level of practice and the erection of institutions it required proportion and the balancing of power. Montesquieu’s reasoning in fact suggests that once invested with power, even liberals are apt to abuse it and will carry authority as far as it will go. Virtue, and especially virtue signalling, also requires constitutional restraint.[18]

Sustaining this balance in a complex, modern and increasingly polarised society requires concerned democrats to recall the “prudent diffidence” of classical scepticism that informed the thinking of the Founding Fathers. This will be crucial to offsetting the growing predilection for an apolitical, rationalist, managerial omnicompetence. Before embarking on new schemes of progressive perfection, the new administration should perhaps recall the advice of the authors of The Federalist Papers. They were profoundly aware that government had to perform its office of preserving order and balance “relevant to the current conditions of society”.[19] This requires both “a balance of attention” and a recognition of the need for an internal “balance of power”.[20]

David Martin Jones’s most recent book, History’s Fools: The Pursuit of Idealism and the Revenge of Politics, was published by Hurst & Co last year.

[11] Daniel Levitsky and Steven  Ziblatt How Democracies Die what history reveals about our future London 2018 p.22

11 thoughts on “Losing Faith in the Future of Democracy”

The Elite Charade of Reforming the Elite

Pax Americana and US Decline

Trump: Not Business as Usual in Asia