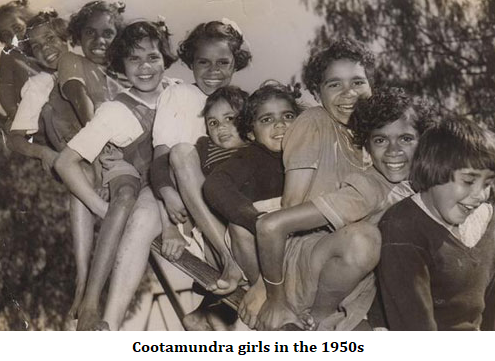 Though its target is Australia’s past, the main aim of this crusade is to erode the legitimacy of the nation in the here and now. The protesters against the statues of historic figures and their supporters in the media and other cultural institutions are in effect calling into question the moral integrity of present-day Australia … As far as they were concerned the past was so contaminated by systematic acts of malevolence that the foundation on which the Australian nation rests must be destroyed. —Frank Furedi

This statement was part of a feature story in the Australian on February 13 in which Frank Furedi compared the leftist demonstrations against Australia Day on January 26 to other recent radical protests in Britain and the United States.

Furedi argued that this movement was not simply a response to misdeeds committed in Australia’s colonial history but was an integral part of a wider global conflict that has engulfed much of the Western world. “In recent times,” he writes, “hostility towards the foundation on which different Western nations rest has acquired a systematic form.”

The trend was most strikingly articulated, he said, by the New York Times’s 1619 Project. This is a reinterpretation of American history that claims 1619 and not 1776 constitutes the true origin of the nation. African slaves arrived in Jamestown in 1619 and leftists are determined to make this event the recognised foundation of national history. “Like the attempt to rebrand Australia Day into Invasion Day,” Furedi says, “the ambition of the 1619 Project is to devalue and criminalise the founding of the United States.”

This is a sentiment that is no longer confined to the university sector, where it originated. Furedi argues its claims have been now widely internalised by societies’ cultural elites:

The embrace of the 1619 Project by celebrities, online influencers and leaders of the US’s cultural industry highlights one of the most important developments that encourages the cancelling of American culture. The most significant feature of the war against the past in the Anglo-American world is the complicity of cultural institutions and their leaders in the project of estranging society from its traditions and history.

The same edition of The Australian that published Furedi also contained an article by the Morrison government’s Minister for Indigenous Australians, Ken Wyatt, reminding readers that the date, February 13, was the thirteenth anniversary of Kevin Rudd’s national apology for the Stolen Generations. Wyatt’s article is proof of the depth to which the story of the Stolen Generations has been internalised not only by Australia’s cultural elites but also by the Morrison government itself.

In fact, this is one area where Australia has been well in the lead of the international movement to devalue and criminalise the founding of the nation. Wyatt calls it “undoubtedly one of the darker chapters in our nation’s story. It’s a day for us to reflect on practices undertaken by governments in the past that sought to disrupt and destroy the world’s longest living culture.”

Wyatt begins his piece with the story of Isabel Reid, born in 1932 near Wagga Wagga, who told him how she was suddenly seized in the street by officials and taken away without her parents’ knowledge:

One afternoon she was walking home from school with her brother and sister when she was taken from her family by the government. Her parents did not know what happened to their children. Aunty Isabel was to become a domestic servant, sent to the Cootamundra Domestic Training Home, where wages for her work were paid to the NSW government. She was denied the opportunity of a good education, denied a bond to her family, community and country, and was targeted for no other reason than the fact she was Aboriginal.

It is not hard to show that Wyatt is repeating a story that is largely bogus. The workings of the Aborigines Protection Board in New South Wales in the first half of the twentieth century are analysed in detail in Volume Three of my series The Fabrication of Aboriginal History, which shows there were two principal reasons why the Board removed children from their families.

The first was the traditional grounds of child welfare such as neglect or abuse by parents. In such cases, Aboriginal and white children were removed from their families for exactly the same reasons.

The second was the board’s vocational training scheme for teenagers living on Aboriginal stations (or missions) in New South Wales. If Isabel Reid went to the Cootamundra Girls’ Home, her parents would have known where she was and would have agreed to her going there. She would have been trained over a period of from three to eighteen months in domestic service (at that time still the biggest single occupation for teenage girls of all colours) and then given a four-year apprenticeship with either a rural or city family.

There was never a government policy to sever contact with “family, community and country”, as Wyatt claims. Isabel’s parents could have visited her at Cootamundra, as others often did, or at her subsequent place of employment. She could have gone home for annual holidays, as many did. Once her four-year apprenticeship contract was complete she could go home to her family, as Aborigines Protection Board records show that a majority of its trainees did. The board gave them the train fare home.

The underlying idea in Wyatt’s claim that governments wanted to sever all contact between parents and children is that the Aborigines Protection Board’s ultimate aim was the elimination of the Aboriginal race, that is, genocide. Wyatt should know the High Court of Australia put paid to this notion in 1997 in Kruger v Commonwealth, and only one Aboriginal complainant has ever been successful in the state courts. But there is an even better refutation in the historical record. This is the attitude of Aboriginal activists of older generations.

The Stolen Generations story only became a public issue in 1981 after a white ANU postgraduate student, Peter Read, wrote a twenty-page pamphlet on the topic. If, as Read said, and Wyatt obviously accepts, the removal policy goes back as far as the nineteenth century, why didn’t earlier activists realise what was going on?

At the high point of Aboriginal radicalism in the late 1960s and early 1970s, the attempt to put an end to Aboriginality by removing children never received a mention in any major agenda of Aboriginal political grievances. During the lead-up to the successful 1967 constitutional referendum to give the Commonwealth powers in Aboriginal affairs, not one of the political activists campaigning for reform mentioned stolen children as an issue to be rectified.

In 1970, neither the ten-point Policy Manifesto of the National Tribal Council, nor the Platform and Program of the Black Panthers of Australia, nor the 1972 Five-Point Policy of the Aboriginal Tent Embassy at Parliament House, Canberra, or any other political manifesto of the time, mentioned stolen children, let alone the genocide that Aborigines had purportedly been suffering for the previous sixty years.

Aboriginal activists of that era proved very adept at gaining attention from the news media and very capable of articulating their case. Black Panthers spokesmen included Gary Foley, later a university lecturer, Paul Coe, subsequently a barrister, and Dennis Walker, son of one of Australia’s leading Aboriginal literary figures. They and their colleagues were politically astute enough to mount the Aboriginal Tent Embassy on the lawns of Parliament House—an inspired piece of political symbolism—yet could not recognise the genocide and child stealing purportedly taking place at the very same time.

Some of the best-known of the earlier generations of Aboriginal advocates had been in an even better position to see what was going on. In the 1940s, when Isabel Reid would have been at Cootamundra Girls’ Home, three prominent Aboriginal activists, William Ferguson, Walter Page and Pearl Gibbs, served as directors of the renamed Aborigines Welfare Board. Yet they supposedly never realised what was happening right beneath their noses. How could they possibly have missed it?

If the Stolen Generations story was true, then at that very time, right across Australia, in all states and territories, scores of white welfare officials, backed by parliamentarians and senior public servants, were forcibly removing Aboriginal children to put an end to Aboriginality. How did these hundreds of white people, for a period of more than sixty years, maintain the discipline needed to keep the whole thing so quiet that Aboriginal activists like Ferguson, Page and Gibbs were oblivious to its existence? How come the first person to see the light was a white, male, left-wing academic?

On these grounds alone, the inherent implausi­bility of the Stolen Generations thesis should always have been self-evident. Yet Ken Wyatt, desperate to shore up public support for constitutional change for “the Voice”, has now placed it firmly within the policy repertoire of the Morrison government. Oh! what a tangled web.