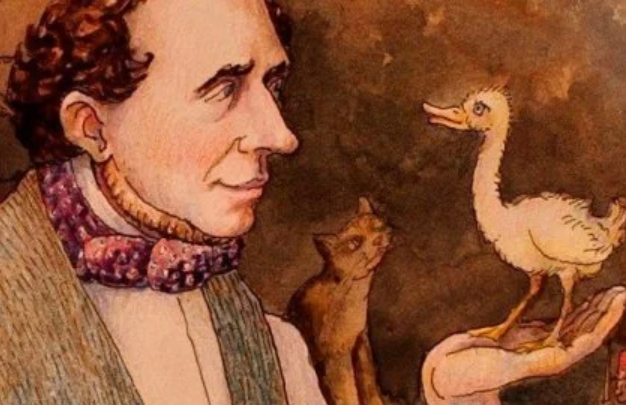 Our family is very black, and we do the best we can. My Aboriginal cousin, 3 per cent DNA, gets land rights and government handouts, and with my Nordic Noir heritage, 3 per cent Scandinavian DNA, I have Hans Christian Andersen and Vikings. My cousin has a book about the Dreamtime, I have an expired boarding pass for Copenhagen—from several years ago.

In the Danish capital we walked away from H&M stores and tourist crowds and stepped through a discreet stone entrance, perhaps on Krystalgade or Skindergade or even Nørregade, into the dull gloom of a sensible, serious covered passageway—shadowy with dim natural light, brown stone and a formal demeanour. Here we walked, passing no one. At one point the calm facade on our left was broken by a bright rich-red painted door which was worn and slightly battered. It was half open, revealing a small brick-paved courtyard with a canopy of shiny deep green leaves on several thin branches. The picture framed by the doorway could have been the cover of a modern Danish crime novel, fashionably dystopian and perhaps with Princess Mary, presently playing at the Palace, as the tough feminist sleuth. It could also have been the entrance into what I had been hoping to find in Copenhagen, the setting of an Andersen fairy tale.

Reading the image before us there was, on the far side of the courtyard, a tall-paned window, or it may have been a glass door for there did seem to be a stone step below it. It was made remarkable by the warm quality of the yellow light coming out from a lamp we vaguely made out in the otherwise impenetrable interior. The yellow light either lit or was reflected back from parts of the uneven courtyard floor. Only later, looking at the poor photo I swiftly took, did I notice glassy-looking patches on the courtyard—they resemble carelessly-tossed shards of a shattered mirror. Like the one made by the troll in “The Snow Queen”, the one that caused so much trouble in the lives of Kai and Gerda, the evil one that “broke into a hundred million billion pieces and more”—or perhaps not.

And on the right in my photo, which I didn’t notice at the time, is the swinging upward curve of a cast-iron spiral staircase leading to I have no idea where. This scene, and not the pestilence of bicycle riders, was exactly what I had hoped to find in Copenhagen, even though back then I was only a tourist while now, after Ancestry uncovered my welcome slice of DNA, I explore my Nordic Noir heritage with skin in the game. Taking up my new copy of Hans Christian Andersen’s Fairy Tales (Penguin), the stories already in my head from childhood, I find that my timing is right, for the tales are now so much better than they were when I first read them.

Once upon a time a friend and I discovered we both admired the same Chinese poem, even though his had different words from mine and was written by a different author. We both loved the same poem from reading very different translations. Neither of us had a clue how close to the original our favoured texts were, and we each preferred our own familiar reading. This time my reaction is different and with pleasure I give up my old memories of Andersen’s stories because these new ones are so much better, having been remade in English through lively new translations from the original Danish texts by Tiina Nunnally. The tales I remember always had a certain coldness of prose, very noticeable to a child reader, and not surprising as all along it seems I had been reading Victorian-era English translations made from poor German translations roughly built on the original Danish.

Nunnally introduces a new Andersen, and he is a marvellous new acquaintance—though from the introduction by his biographer Jackie Wullschlager a better acquaintance made on the page than in person. In the fairy tales Andersen, constantly present, speaks directly to the reader and can be very funny, witty and sometimes cruel. There are some familiar stories in this collection of thirty tales, which I began reading with reluctance because repetition over the years has made them too familiar to the point of staleness—but Nunnally’s translation presents them with complete and unexpected freshness.

The young who go in for literary criticism read Andersen’s tales as being other than they are, and there are even some who would have us believe that “The Ugly Duckling” is about Andersen’s own harsh youth and his later success. The old, of course, know this is complete rubbish, for Andersen was a realist: “It doesn’t matter if you’re born in a duck yard when you’ve been lying inside a swan’s egg.” He is also a truthful observer: the story opens in country summertime fields “where the stork was walking around, speaking Egyptian, because that was the language he had learned from his mother”. His appreciation of duckyard motherhood is precisely correct, as anyone who has ever known a duck will observe. The hatching mother’s offspring was ugly, she thought, because he “was too long in the egg, and that’s why he isn’t the right shape”. And Andersen depicts evidence of duck multiculturalism with the precision of a sociological study: “‘You’re awfully hideous,’ said the wild ducks. ‘But that doesn’t matter to us, provided you don’t marry anyone in our family.’”

The opening of “The Tinderbox”, which has a soldier marching home from war, is surely nothing more than real-life reportage: “Then he met an old witch on the road. She was so hideous, her lower lip hung all the way down to her breast.” Nowadays it’s the tattoos that give them away.

Old people understand that inanimate objects, as we call them, do talk and have feelings and astonishing adventures and that life is cruel and meaningless. After all, what old man does not look around at his possessions, his companions of always, and not know that they will soon be leading quite different lives in quite different homes, or be flung into the rubbish dump and forgotten along with him: the fairy tale to read is “The Old House”. A visit to the tip shop is a lesson in mortality, reading Andersen a lesson in reality.

“The Steadfast Tin Soldier” tells of the one-legged tin soldier who loved the paper dancer who stood in the doorway of the paper castle, before the soldier fell out a window. His adventures, which included travelling through the belly of a fish to return to the very place where his story had begun, are more true than most modern Australian history writing. And his end is an honest depiction of inexplicable fate. He is back from adventuring and a happy ending seems assured until, “At that moment one of the little boys picked up the soldier and tossed him right into the stove, giving no explanation at all.” All that was left was “a little tin heart”.

In “The Sweethearts” the unhappy love of the top for the ball is toy experience and human experience: “And the top never said another word about his old love, which fades when your sweetheart has lain in the eaves for five years, seeping water. Why, you wouldn’t even recognise her if you met her in the trash bin.” Lovers separate forever and the cold often wins in Andersen’s stories. He speaks truly, with a fine understanding of human desires, as when the Snow Queen attempts to enchant young Kai by offering him “the whole world and a new pair of skates”. Surely nothing could be truer; who wouldn’t be tempted?

The proper response to a fairy tale is belief. Applying literary analysis is like applying paint stripper to a daffodil. If a reader, of any age, does not understand what the stories are about they have opened the wrong book.

Strange that these nineteenth-century fairy stories now feel like an act of resistance against our intolerant present. Loathing dim cancel-culturist barbarians I find myself completely open to the humanity of the poor young man who discovered at the age of twenty “something restless and impulsive” in his soul. Biographical notes portray Andersen as temperamental, petty and difficult. His visit to Charles Dickens’s home, where he overstayed his welcome by five long weeks, fills in his story with elements of foolishness and oddness. Though as the source for this particular anecdote seems to be Dickens there may be another side to the tale, as a remark in “The Marsh King’s Daughter” suggests: “Love turns to hate if he stays too long in another man’s house.”

Strange too that the old Danish writer could so accurately have foretold modern Australian life and the feelings of those who have protested to an uncaring nation about the Dark Emu hoax: “Things were not going well for the learned man. Sorrow and torment plagued him, and what he said about the true and the good and the beautiful was for most people like tossing roses to a cow. In the end he was quite ill.”

The truthfulness of the tale of the wood nymph who lived in a chestnut tree outside Paris and longed to visit the great city and did so for a single night before dying was attested to by Andersen himself: “All this happened and was witnessed. We saw it ourselves, during the Exposition in Paris in 1867, during our time, the great wondrous time of fairy tales.” In the same tale, “The Wood Nymph”, Andersen provided a fine image of authorship  as observed by a fish, “an algae-covered maidenly carp”, looking out at the world: “‘A writer,’ she said, ‘in fish terms, in understandable terms, is a kind of octopus among humans.’”

And yet what I find personally depressing in my exploration of Andersen and my cultural minority roots, and also reading The Penguin Book of Norse Myths by Kevin Crossley-Holland, a superlative and poetic retelling of Scandinavian myths which begins, “Burning ice, biting flame; that is how life began”, is that my 3 per cent Aboriginal cousin is also 4 per cent Scandinavian—Oz Noir today, Nordic Noir tomorrow. Life isn’t fair—but if you’ve read Andersen’s “The Shadow”, you already know that.

Golding on the Fall

Poetry and the Life Well Lived