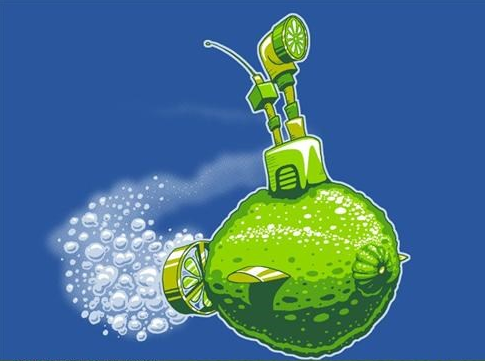 The challenge facing Australia is huge, and self-inflicted. We have denied ourselves a nuclear industry, and we are in the process of spending $90 billion on a conventionally-powered submarine fleet which is out of date before it is built, when all around the neighbourhood nuclear-powered and -armed submarines are proliferating.

We have one deterrent in the F-35 strike fighters we are buying from the United States. We should be equipping the navy with a second deterrent, nuclear-powered attack submarines that are able to stay submerged indefinitely, and to roam our seas from the Antarctic to the Aleutians.

Instead we are investing in submarines that are obsolete and useless before the first one is built. We have embarked on this shameful course because our political leaders have lacked courage and honesty.

The submarine program is what the Americans call a boondoggle, the awarding of major works to states where they will create jobs and transfer wealth in order to secure votes. The minister who organised it was Christopher Pyne, a South Australian, who since has left parliament.

It has happened before. Thirty years ago an ALP government built the Collins-class underwater lemons. They were a Swedish design, because the ALP government admired the Swedish industrial relations system. We knew from the outset that the submarines would be no good, and that their performance would be well below that of vessels with nuclear engines. They are slower by far than nuclear-powered submarines. They do not have the  range. They cannot stay submerged indefinitely. We have seldom had more than one at sea at any time.

Navy personnel didn’t want to serve in them. Naming them “Collins-class” was an insult to a gallant Australian naval officer. The final irony was that when the government changed and the coalition parties gained office they had to defend these submarines on their non-existent merits, to conceal the nature of our misjudgment, a melancholy task which fell to the new minister, Ian Sinclair.

Marise Payne, the Defence Minister who inherited the current submarine project, must also have known about their unsuitability, because she was so advised. We will never know what she thought because she was reshuffled to Foreign Affairs.

Australia has managed to achieve this fiasco as the result of a failure of political courage superimposed on a constitution designed to give all shades of opinion parliamentary representation, when the job of the electorate is to send to Canberra people who can form governments and run our country.  The most unfortunate instance of this has been the Greens. They are the ALP’s allies, exchanging preferences on polling day, combining forces in the Senate, backed by supportive media.

It takes courage to defy such an alliance. It is next to impossible to find. John Gorton, when he was prime minister, tried to establish a nuclear power plant on Commonwealth land at Jervis Bay but was howled down. Malcolm Fraser was secretly working on plans to convert to metal the uranium oxide that Australia exports as yellowcake, but lost office before it happened.

During the Falklands War a British submarine headed across the Atlantic to Antarctic waters, sank the Argentinian capital ship the Belgrano, and nobody saw it until it returned home. It was an illustration of the long-range projection of submarine force that only nuclear power provides.

We don’t have nuclear power because the Hawke government destroyed it at conception. It shut down the nuclear physics faculty at Sydney University. The Australians who were studying there left Australia to work abroad.

Nobody could deny that Scott Morrison is politically cunning. He came through the middle to become Prime Minister when Malcolm Turnbull’s challenger was Peter Dutton.

One can only respect the way in which he has handled Australia’s response to the global Covid crisis. Inventing the national cabinet enabled a unified  presentation of the measures devised by bureaucrats while isolating the federal opposition and leaving it unable to engage in the carping that is the way of  oppositions and would have made it difficult to secure public response to difficult measures. If he is to become a great prime minister as well as a cunning one, he will also have to bend his mind to an even bigger issue than dealing with a plague.

Morrison is handling a domestic crisis with accessibility and openness. He can expect to go into the next election in a winning position. Assuming the Covid crisis goes away—and history would point to two years duration—Morrison now faces other greater challenges. As head of the national government his prime responsibility is the defence of the realm. That is why the states came together to federate 120 years ago, when Australia shared with the United States the world’s highest living standards.

Since then the manufacturing sector has shrunk to a quarter of what it once was, and is now smaller than any other country purporting to be among the developed nations. We exported our manufacturing sector to Asia, most notably China. The economy is at crisis point because of the measures necessitated by the Covid crisis, as is our education system. We can fix those problems, over time.

The decision to commit to a dozen diesel-powered underwater lemons at a cost of $90 billion was irresponsible, and reversing it should be the absolute priority. Those submarines planned to be built do not meet the prime requirement that falls on the national government—to defend the realm. The Collins-class submarines were not built to defend Australia but to create employment in South Australia. Now we are doing it again.

The starting points for the new submarines are the French attack submarines, which are nuclear-powered and effective. The design changes demanded by Australia replace nuclear engines with diesel electric propulsion powered by batteries. They will be heavier, slower and more vulnerable because they have to travel with their snorkels raised to recharge their batteries. Even the wake left in the sea by those snorkels can be detected by radar.

The RAAF is being equipped with F-35 strike aircraft which will now be our only deterrent. Ninety billion dollars worth of submarines should have been our other deterrent. Without courage and vision at the top we won’t have that second deterrent.

Of course, Australia would need a nuclear industry to support nuclear-powered submarines. The way in which the ALP and its Green allies have managed to convince people in Australia that there is no difference between a nuclear bomb and a nuclear power plant is politically impressive but disastrous for both economic policy and defence requirements.

The facts that we are choosing to ignore are that battery-powered submarines are in every way unsuitable except for political convenience. The F-35 strike aircraft with which the RAAF is being equipped are state-of-the-art, but aircraft can be shot down, unlike high-speed, invisible, underwater craft, able to operate at depths down to 800 feet, and to cruise at thirty knots.

Japanese submarines operated along Australia’s east coast during the Second World War, sinking Australian shipping with impunity, including a hospital ship, and penetrating Sydney Harbour to sink a moored ferry being used as a barracks for naval recruits.

A nuclear-engined attack submarine is what Australia with its extensive trade routes requires. The French make good military weaponry. The French attack submarine would also be good if it were not being redesigned to suit Australian political considerations. An attack submarine is a defensive weapon. It does not fire ballistic missiles at distant lands. It sinks enemy warships, in the way the Spitfires and the Kittyhawks downed enemy bombers during the Second World War.

Battleships were dominant in the First World War, and aircraft carriers were dominant in the Second World War. Next time it will be the nuclear submarine. Only nuclear-powered submarines have the endurance and range to protect our network of trade routes, and only a vessel that can go at high speed through the Pacific, Indian and Southern oceans would meet our needs for a second deterrent.

The American Virginia-class submarines have a sealed nuclear reactor. Both submarine and reactor are designed to have a life of thirty-four years. We don’t know what the French attack class would be capable of, were it not being reworked into a lemon.

What of the neighbourhood? Russia has four ballistic missile submarines. India is building  nuclear-powered submarines able to launch ballistic missiles, of its own design, and selling them to Russia. Part of the island of Hainan, facing the South China Sea, has been hollowed out to hold China’s fleet of nuclear submarines. They are able to enter and leave the base under water.

The Collins-class submarines had a range of 480 nautical miles. Their diesel engines are wearing out. We are going backwards. Replacement is imperative. The virtue of Collins experience is that it constitutes a compelling case for nuclear-powered vessels able to match or exceed the speed and range of surface ships while remaining undetected. We did not get that thirty years ago and we are not getting it now.

Only a resolute and politically courageous prime minister able to act swiftly, as Scott Morrison did in response to the pandemic, could rescue Australia from a terrible mistake. We are yet to learn whether Morrison’s courage extends that far. All that one hears is that he shies away from the word nuclear. That is not in the nation’s interest.

David Barnett wrote the memoir “My Pioneering Role in Sino-Australian Relations” in the July-August issue.

4 thoughts on “Defending Australia with Lemons”

The Miseries of a Defence Minister

Pushing and Shoving in the South China Sea