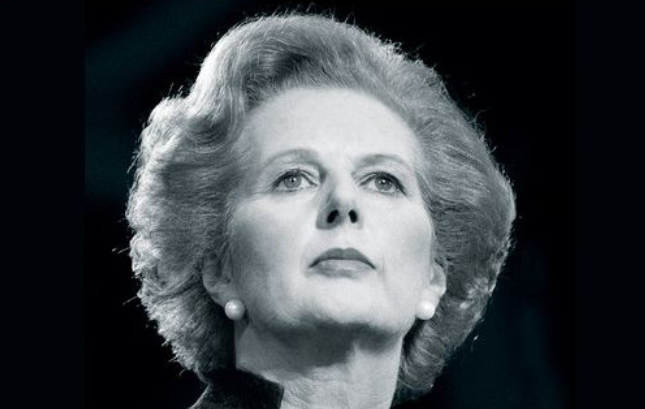 Margaret Thatcher embarked on 1989 at the height of her political authority at home and abroad. She was the recipient of Ronald Reagan’s last message as president, as she had been his last official visitor in November 1988. That visit had been a nostalgic celebration of their joint stewardship of the Anglo-American special relationship. She was the guest of honour at dinners given by Reagan and his successor George H.W. Bush and at a farewell lunch given by Secretary of State George Shultz. As a former Thatcher aide living in Washington, I was invited to the last of those occasions, which was bathed in an atmosphere of warm affection. She and Shultz had generally been on the same side in diplomatic rows and even inter-agency disputes within the administration—and to amused applause he gave her a large expensive handbag as a parting gift.

Most observers assumed that the British Prime Minister would continue to enjoy the same warm personal and political alliance with the first President Bush. They had been friends during the previous eight years, liked each other, and were on the same broad ideological wavelength. But the expectation of another Anglo-American partnership unravelled quite quickly.

Bush spent early 1989 conducting a review of foreign policy. The first smoke signals from it suggested that the Bush administration would be tougher than Reagan on the Soviets. That might have helped Thatcher, who since Reykjavik had worried that US policy was dangerously flexible on nuclear weapons. Soon, however, a different mood music began to be heard: the Brits were too obstructive not only on NATO but also on European integration; Germany was the leading economic power in Europe and US policy should reflect that; and Thatcher, though admirably brave and principled, could sometimes be rigid and preachy; and not least, Kohl, a loyal ally, needed NATO’s help to stay in office on the issue of medium- and short-range nuclear weapons in Europe, which Germans feared might one day be landing on both sides of their East-West border.

As Charles Moore makes clear in the third volume of his superb biography of Thatcher, it also became clear by degrees that though Bush liked Thatcher, he wasn’t comfortable or easy with her. He was too much the gentleman to say so. But his aides were not averse to taking her down a peg.

In the usual crabwise diplomatic dance, therefore, the Bush administration gradually swerved to support Kohl over Thatcher. At the NATO summit it was decided that nuclear negotiations would cover medium-range missiles and not completely rule out covering short-range ones in time. It was seen in the media and elsewhere as an unambiguous defeat for Thatcher. That judgment is confirmed by Moore, who quotes Thatcher’s diplomatic alter ego, Charles Powell, as saying, “Once Bush turned to Germany, that was the end of it all.”

To that Moore adds: “He meant it was the end of the Anglo-American dominance in international affairs which she and Reagan had achieved and which, she believed, had brought victory in the Cold War.” There is a great deal of truth in that. The later drift of her premiership seemed to be downwards.

Her two main problems were “Europe” and the UK economy. In September 1988 Jacques Delors, the EU Commission’s energetic president, had urged British trade unions to challenge her economic and social reforms by using the regulatory mechanisms of the single market she had championed. She responded twelve days later in a speech in Bruges by declaring that she hadn’t brought market freedoms to Britain only to see them reversed by Brussels. The Bruges speech ignited a debate within the Tory party that won her strong support from ordinary party members but also pitted many of her most senior colleagues against her on the single biggest issue in UK politics.

The UK economy suffered a return of inflation that Chancellor Nigel Lawson sought to restrain by putting the pound into the EU’s Exchange Realignment Mechanism (a sort of anteroom to the euro). He was joined in his campaign by her Europhile Foreign Secretary Geoffrey Howe, and for two years both men pressed hard on Thatcher to do so. She lost both of them—Lawson resigned in late 1989, Howe the next year—through her resistance. And the difficulties caused by the inflation, the measures to restrain it, and the dispute over joining the ERM all weakened the government. By late 1989 the seeds had been sown that would lead to her failure to win the 1990 Tory leadership election and her resignation.

Powell, who was both a great public servant and, together with his wife Carla, a devoted and attentive friend to Lady Thatcher to the day of her death, had written a prescient personal letter to her on the morrow of the 1987 election suggesting that she should retire while she was at the height of her success. The letter became public only years later. But it has shaped the conventional wisdom, namely that she stayed on too long and her reputation has suffered as a result.

It’s a more than arguable view, but does it do justice to the achievements of her final two years (in which Powell played a distinguished part) and of events beyond that? Her most unknown achievement was her shepherding of South Africa out of apartheid and into democracy without the bloodbath that many thought would inevitably accompany that transition. From the mid-1980s she had waged a vigorous diplomatic engagement with the South African government. But she lacked a South African Gorbachev until February 1989, when F.W. de Klerk became President. She helped him persuade the white electorate to accept freedom for Nelson Mandela and a multi-racial democracy. We now have all the details of that diplomacy thanks to Moore’s comprehensive biography, the book describing it by her ambassador to Pretoria, Robin Renwick, and the testimony of Mandela and de Klerk.

Her greater achievement was her role in ending communism, symbolised by the fall of the Berlin Wall. Her reactions to the event, however, are more controversial. Her first response was simple delight that people across Central and Eastern Europe had recovered their freedom. Her second was a nervous anxiety that the reunification of Germany risked both making Germany too powerful and undermining Gorbachev’s position, perhaps even reversing his perestroika and glasnost reforms in the Soviet Union. Her third response was to reject the argument that the reunification of Germany should be accompanied by a rapid progress towards the political unity of Europe, since that would strengthen rather than restrain German power. She also questioned why the restoration of liberty and independence to Central and Eastern Europe was a problem that had to be remedied by the surrender of sovereignty to Brussels by all Europe’s democracies.

As she admits in her memoirs, her German policy met with unambiguous defeat. As with the earlier NATO decision on nuclear weapons, Bush gradually moved to support Kohl on German reunification. And when Bush moved, Thatcher’s allies in high places, notably Mitterrand, left her side one by one. But though her anxieties over German reunification were driven by a visceral dislike of Germany, her arguments were far-sighted. In particular there was a real possibility that Gorbachev might be overthrown if it seemed that the USSR’s strategic position was being undermined. The 1991 Soviet counter-coup demonstrated the reality of that, but significantly that occurred so late as to make its failure almost inevitable. And when it came, Thatcher helped ensure the survival of post-Soviet democracy.

She lost office in the dying days of 1990, having received the decisive blow at the Paris Conference that ratified the liberation of Central and Eastern Europe, the end of the Cold War, and her own world-historical status. She then went into a deep depression. Friends and colleagues rallied round to help. They arranged a private office, a business manager and team of talented advisers, accommodation in Westminster, and a crowded social diary. But no one could provide her with what she really needed: the challenge of serious political activity that counted for something.

In August 1991 she got it. Soviet hardliners imprisoned Gorbachev in his Crimean villa, announced a state of emergency on television, sent tanks and troops into Moscow, made some arrests, and planned to attack the Russian Parliament, where Boris Yeltsin had repaired to lead the resistance. Western governments initially dithered, some assuming the coup would succeed. President Mitterrand referred to Yanaev as the “new leader” of the Soviet Union on television; Helmut Kohl said merely that he hoped the Soviet Union would respect the agreements made by Gorbachev; others disappeared into meetings. Thatcher happened to be meeting with Galina Starovoitova, a former spokesman for Yeltsin, and learning she had his mobile number, rang him up on the barricades. He answered the call, and asked her to help. She immediately stepped onto the street outside her office and told the world via television that “we shouldn’t necessarily assume the coup would succeed” because the “young people were no longer servile” and “people power could prevail”.

In short order the coup collapsed, Gorbachev returned to Moscow, Yeltsin took charge, the Soviet Union was constitutionally buried, and it was replaced by independent republics including a sovereign Russia governed by Yeltsin. Bush and John Major had been irritated by Thatcher’s intervention, but Yeltsin was “thrilled” by it; and Thatcher was reinvigorated, going on to write her memoirs and to remain a powerful presence in British politics for another decade.

Britain crashed out of the ERM a year later, effectively dooming any chance of Britain joining the euro, and justifying her earlier resistance to it. From the grave she won the internal British debate over EU membership when the country voted for Brexit in one referendum and two elections. And it’s becoming clearer daily—see the decision of the German constitutional court that challenges the EU’s legal supremacy—that Euro-integration is not solving the problem of German power but making it more problematic for both Germany and the EU.

Would those things have happened as they did if Thatcher had retired in 1987? Or would they rather have been tackled earlier if she had remained in office after November 1990? Over to the counter-factual historians.