Great Writers on the Great Stream 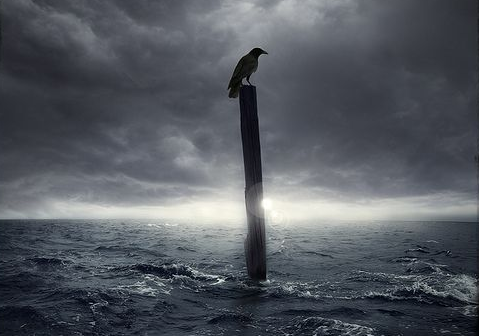 An optimistic view of history leads to Francis Fukuyama’s “End of History” idea: all nations converge to a democratic model. A pessimistic view is that the struggle of all against all continues apace and that a black hole yawns wider. Douglas Murray’s The Strange Death of Liberal Europe documents the tiredness of Europe, weary of the burden of history pressing on it from which it cannot escape. A whole continent is suffering burnout, with dwindling cultural capital, threatened by mass immigration from poorer societies, and these and other factors are dragging it down. In the scenarios in Eastern Europe described by the Nobel Prize-winning novelists, the Romanian Herta Müller and the Belarusian Svetlana Alexievich, vital human well springs dry up; there are few inputs, cushions and connections. A whole society can die—a very unusual phenomenon.

Milan Kundera wrote in The Book of Laughter and Forgetting:

None of us knows what will be. One thing, however, is certain. In moments of clairvoyance the Czech nation can glimpse its own death at close range. Not as an accomplished fact, not as the inevitable future, but as a perfectly concrete possibility. Its death is at its side.

The Polish writer Kazimierz Brandys caught a whiff of this in Poland. As 1980 passed into 1981, the Russians threatened, shortages became endemic and suppression reappeared. Things began to close in. The force that moved a whole people was, Dostoevsky wrote, “the spirit of life, as the Scripture says, ‘rivers of living water’, the running dry of which is threatened in Revelation”. This running dry portends a new connection between the personal and the communal, as Brandys noted in his Warsaw Diary:

Every grownup must come to terms with the prospect that he will cease to be. Now however for the first time I see a new kind of phenomenon—society fearing the end of its own life as a society. For some time now, nightmares have been troubling society’s unconscious. Everyone is afraid, afraid to think about the void that threatens them. For the first time in my life I feel a fear that is more than personal, fear on a national scale. Yesterday the government announced that it was withdrawing a few dozen trains from service and that production has declined as much as fifty per cent in certain branches of the industry. After this bulletin, there was a deadly silence in the television room. You could feel the fear in the air—fear of collective death.

In Brandys’s view Central Europe preserves a truly European culture which is threatened with desiccation from both East and West. From the east the Russians apply “that grinding down of small souls, that degrading burlesque of despair”. This is a pressure that Brandys believes the West will not resist. In a much-quoted passage he writes:

It is not only Poland that the eastern empire seems to be ingesting into its monstrously distended belly. All Western Europe seems diminished by it, as if shrinking in fear. If you listen and read carefully, you can hear the West’s faint-hearted recognition of its own biological weakness; they know their fatigue, the exhaustion of an old race that has to preserve carefully what strength it has. They don’t want to perish. They see no values in the world worth dedicating their lives to … Today the West is emitting cries of horror; the intellectuals are grumbling; the consciousness of impotence is everywhere. They know already and are preparing themselves to be raped. All that matters now is that that rape not be a sexual murder but that it happens calmly, in some comfortable French bed.

The idea that society itself is dying, and that the planet is tired, appears in the West as well as in the East. In Saul Bellow’s Herzog the main character remembers his friend Nachman saying: “Perhaps people wish life to end. They have polluted it … So that we loathe the daily bread that prolongs useless existence … Death himself must be tired of us.” In Bellow’s Mr Sammler’s Planet Sammler asks the scientist Lal: “Do you think the species doesn’t want to live?” and Lal replies: “Many wish to end it … There is no sovereign obligation to one’s breed. When biological destiny is fulfilled in reproduction the desire is often to die.” Later Mr Sammler reflects: “New York makes one think about the collapse of civilization, about Sodom and Gomorrah, the end of the world. The end wouldn’t come as a surprise here. Many people already bank on it.” In another of Bellow’s novels, The Dean’s December, the possibility is raised that a whole society can move into anarchy and die, dissolving its connections, with no cushioning devices: “there is no culture, it’s only a wilderness … we are talking about a people consigned to destruction”.

The idea that the earth itself is running out of energy features in Robert Lowell’s poetry, as in “Waking Early Sunday Morning”:

sounds through the Sabbath noon, the blind
swipe of the pruner and his knife
busy about the tree of life …

Pity the planet, all joy gone
from this sweet volcanic cone;
peace to our children when they fall
in small war on the heels of small
war—until the end of time
to police the earth, a ghost
orbiting forever lost
in our monotonous sublime.

In Tom Wolfe’s novel The Bonfire of the Vanities a similar foreboding is evident. A bonfire originally meant a bone-fire, the great late autumn feast when all the animals which couldn’t be carried through winter were roasted and consumed. This was mardi gras, a last gorging before a long period of hunger and other deprivations. In the dinner party scene in the novel, the elderly English poet Lord Aubrey Buffing shocks the gathering by stating, via the medium of Poe’s story “The Masque of the Red Death”, that American society is dying from satiation:

The Red Death has entered the house of Prospero. Now the exquisite part of the story is that somehow the guests have known all along what awaits them in this room, and yet they are irresistibly drawn toward it, because the excitement is so intense and the pleasure is so unbridled and the gowns and the food and the drink and the flesh so sumptuous—and that is all they have. Families, homes, children, the great chain of being, the eternal tide of chromosomes mean nothing to them any longer. They are bound together, and they whirl about one another, endlessly, particles in a doomed atom—and what else could the Red Death be but some sort of final stimulation, the ne plus ultra.

In Bellow’s Humboldt’s Gift Humboldt realises there exists a wider realm which gives comfort against these grim forebodings of the death of civilisation, the idea that generations past and future are present to us, part of a larger dimension, yet connected to our essential self, not torn away from it by distractions:

I do not believe my birth began my first existence … I am obliged to deny that so extraordinary a thing as the human soul can be wiped out forever. No, the dead are about us, shut out by our metaphysical denial of them … Our ideas should be their nourishment. We are their grainfields. But we are barren and starve them. Don’t kid yourself, we are watched by the dead, watched on this earth.

This is Bellow speaking too through Humboldt. There exist, Bellow believes, ways of knowing beyond earthly limits:

there’s something in human beings beyond the body and brain and we have ways of knowing that go beyond the organism and its senses. I’ve always believed that. My misery comes, maybe, from ignoring my own metaphysical hunches.

Similarly, Wolfe developed in one of his essays the notion of serial immortality, how “the great chain of being, the eternal tide of chromosomes” can operate fruitfully beyond our lifespan:

The husband and wife who sacrifice their own ambitions and their material assets in order to provide a “better future” for their children … the soldier who risks his life, or perhaps consciously sacrifices it, in battle … the man who devotes his life to some struggle for “his people” that cannot possibly be won in his lifetime … people (or most of them) who buy insurance or leave wills … are people who conceive of themselves, however unconsciously, a part of a great biological stream. Just as something of their ancestors lives on in them, so will something of them live on in their children … or in their people, their race, their community—for childless people, too, conduct their lives and try to arrange their post-mortem affairs with concern for how the great stream is going to flow on. Most people, historically, have not lived their lives as if thinking “I have only one life to live”. Instead they have lived as if they are living their ancestors’ lives and their offspring’s lives and perhaps their neighbors’ lives as well. They have seen themselves as inseparable from the great tide of chromosomes of which they are created and which they pass on.

As Edmund Burke understood, past, present and future generations are linked together in time by the longitudinal glue which constitutes “the great stream”. Serial immortality elevates civil society to a higher order of reality, available to those of a secular as well as religious frame of mind. Even in dark times deep underlying structures are likely to prevail over prevalent doomsday scenarios.

Patrick Morgan, who lives in Gippsland, has contributed to Quadrant since the 1960s. He wrote on Ned Kelly in the April issue.

The Other Side of Sunset: Memories of One of the Last True Pioneer Settlements in Victoria, by Campbell Curtis