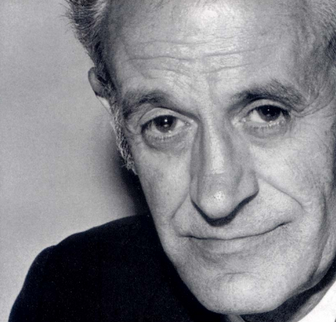 When one of our finest contemporary political writers died in August 1999, at the age of seventy-nine, few of us noticed. In the Sydney Morning Herald, where H.G. (Harold Gemmell) Kippax (above) had spent all his working life, Katherine Brisbane wrote an obituary which dealt with him as a professional drama critic. She did not mention that between 1952 and 1983 he had published 3456 unsigned newspaper editorials.

In The Voice of the Thunderer (2006)—the title is a reference to the SMH—Harry Heseltine published a wide-ranging selection from the huge collection of Kippax’s non-theatre journalism. The newspaper critic was already famously unknown for his editorials when was interviewed about his life and career in 1972:

This is the part of my life that remains hidden, because it is unsigned of course. I find, often to my irritation, that people think that all I do is write drama criticism and occasionally literary criticism, that sort of thing, but the big part of my life for fifteen years has been writing about foreign affairs, and I hope and trust it will be for the rest of my life.

And then came the Whitlam government and he turned his attention to strange local affairs.

Heseltine’s choice of texts, with articles written in Europe and America as well as Australia, includes a section called “The Dismissal”—six editorials by Kippax which offer a rich, Left-irritating contemporary view of the most dysfunctional Australian government in our history not led by Kevin Rudd. “Kippax’s personal unease about the Whitlam Government,” writes Heseltine, “was based on a perception, honed through years of observation and analysis, of the potentially damaging interaction between philosophic ideals and the realities of the political arena.” In other words, when Kippax confronted Whitlam he smelt a rat.

In the beginning of this section of texts, February 28, 1974, Kippax praised the Prime Minister: “Mr Whitlam deserves credit for the appointment of an eminent, and eminently suitable, Australian to be the next Governor-General.” Choosing John Kerr, he felt, was commendable for “it plainly owes nothing to partisan considerations”. Kippax’s view of Kerr was very probably the way the Whitlam-pick Governor-General would be remembered by Left historians if November 1975 had played out the way they think it should—Gough victorious and Malcolm malodorous: “He is one of the most outward-looking and forward-looking intellectuals of his generation.” It is a relief to meet Sir John Kerr without the suffocating overcoat of prejudices inflicted on modern readers by Paul Kelly, Troy Bramston and Jenny Hocking.

By September 25, 1974, Whitlam had won another election and should have been in confident control of his party and the nation but the performance Kippax observes had developed second-act script problems. His editorial that day, “Outburst”, discussed the Prime Minister’s insultingly intemperate language towards his colleagues over tariff policy, and drew a conclusion which would soon be publicly evident when the Prime Minister set the loans affair in motion:

How much longer can Mr Whitlam remain the leader of a Government and of a party in which, as he has publicly demonstrated, he lacks confidence and over which his control is faltering … His reckless intemperance bears all the signs of the strains upon a leader no longer confident of the loyalty of his party or its cohesion.

If he had said straight out that union officials were scabbing on Australia in the company of multinational corporations, the arch-villains in Labor demonology, he could hardly have insulted and offended the trade union movement more crudely.

On April 30, 1975, the SMH front page was of the Vietnam War and a happy re-marriage. On one side “Storm over Secret Messages” dealt with the latest Whitlam misadventure and on the other the photo of a happy couple: “The Governor-General Marries”. Inside the paper carried one of its longest editorials and a historic headline, “A Government We Cannot Trust”: a choice of words guaranteed to cause the breakfast-time grinding of teeth at the Lodge. Kippax first fired three short sharp projectiles into Whitlam and then seriously set about flaying his victim: “The Prime Minister has lied to Parliament. He has deceived the Australian people. He has abused the trust in him.” Kippax was accusing Whitlam of supporting the communist invaders of South Vietnam and betraying our allies in Saigon in the last violent days of the war in cables sent to the South and the North:

The bias and, it should be said, the peculiarly nauseating hypocrisy contained in them will be evident to all who read them impartially, whatever their views on the Vietnam war. So will be the Prime Minister’s deceit. The cable to Saigon is cold in tone. There is no reference to North Vietnam’s violation of the Paris agreement nor to its massive military offensive. Instead “all parties in Vietnam” are enjoined to “work together peacefully” (the effrontery and callousness of this advice to South Vietnam as a victim of invasion and renewed aggression take the breath away) “towards a peaceful and enduring settlement”.

Whereas the cable to Hanoi contains:

a passage of kindly, statesmanlike advice which is probably unique in the records of modern diplomacy. Our Ambassador is instructed to advise the Communists how to conduct their public relations, how to bamboozle world opinion.

Graham Freudenberg is an unlikely source for unsolicited praise for Kippax’s writings and their influence. Freudenberg, a highly respected Labor wordsmith, is the author of the Whitlam apologetic A Certain Grandeur—perhaps the first time a ventriloquist has written the life of his puppet. The book includes a long extract from this editorial which has been edited to emphasise the invective and exclude the arguments. Before publication, five last words on the Whitlam government were added to Kippax’s text by the newspaper’s editor, Guy Harriott: “It should be brought down”. Freudenberg, with a short memory for Labor scandals, decided the April editorial was the beginning of November: “Thus did the Sydney Morning Herald first set the line which would doom the Labor Government—that, on moral grounds, it should be destroyed by any legal means.”

However, before the stern justice of Remembrance Day there was another piece of theatre to be played out and Kippax’s editorial on July 9, 1975, dealt with a special meeting of parliament called by Whitlam to discuss “the loans affair”. The leader-page headline placed inverted commas around a quote from Labor’s 1972 policy speech (and possibly Freudenberg’s prose) but added a question mark: “‘Labor Will Trust the People’?”

Kippax was typically forthright—he was an honest opponent:

November 12, 1975. The day after the dismissal Kippax’s editorial, “Cutting the Knot”, was published on the front page of his newspaper. It rightly gave prominence to Kerr’s words: “It is for the people now to decide the issue which the two leaders have failed to settle.” Unlike historians who construct books to argue the opposite, Kippax accepted that “the course he [Kerr] has taken was the only course open to him”.

Kippax supported the lonely correctness of the Governor-General’s actions:

It is important, too, that the restraint, care and calm he has exercised in this unprecedented crisis be appreciated as they deserve. Until today, when the meeting between Mr Whitlam and Mr Fraser showed that only the people could resolve the deadlock, he has consistently sought to induce a compromise. It is not his fault that he has failed. Mr Fraser went some way to meet him with his promise of Supply if there was an agreement on a full election in June. Mr Whitlam chose to put aside constitutional convention in an attempt to govern ad hoc without parliamentary approval. The Governor-General had no alternative but to intervene as he has: “No other decision open to me would enable the Australian people to decide for themselves what should be done.”

Having heard broadcasts of Whitlam’s words on the steps of Parliament, Kippax recorded a sensible judgment: “Mr Whitlam’s splenetic and grossly improper outburst after the proroguing of Parliament yesterday is an ugly omen of the demagoguery, the appeal to mindless passions, which may lie ahead.” Whitlam’s anger would later be fabricated into what is now held up as the greatest political speech in our national history.

What this election is about is not the means used to procure it. It is about the Government’s record. Hard-headed judgment of its problems, aims, decisions and plans is needed from the people. It will be little short of tragic in the exceptionally difficult times ahead of the next Government if the rational, patriotic judgment those times require is confused or distracted by appeals to class and tribal emotionalism.

No present-day male commentator would dare appeal to patriotism in a moment of crisis.

The last text Heseltine has chosen for this account of the Dismissal is “The Verdict”, published on December 15, 1975: “Australia has returned the Liberal-National Country Party Coalition to power with the biggest majority in the history of the Federal Parliament.” Kippax suggested the victory was due to the electorate’s:

This reality continues to trouble the so-called progressive cultural and political elite and is the basis for their detestation of our democracy:

It is, above all, a rejection of Labor’s wilful misunderstanding of what kind of society Australia is—an overwhelmingly middle-class society, ready to respond, as 1972 showed, to programs of reform and social amelioration, but realistically concerned also that its living standards and expectations, the substantial product of generations of work and hope, should be preserved by sensible management.

Harry Heseltine has discovered an unknown literary land and sketched the first map of its vast interior. Over thirty years of anonymous editorials, in what was once an important cultural newspaper, are revealed as the work of a single author.

At the beginning of his book Heseltine places a quote from Katherine Brisbane’s obituary: “H.G. Kippax wrote with the corporate voice of his newspaper: authoritative, impartial and implacably right.” Though those words could also describe her theatre writings in the Australian, Kippax’s editorial writings also exhibit an individuality and a humanity which complement his confident conservatism and impatience with leftist mendacity.

Belonging to the wrong tribe, Kippax may be denied the civilised study and readership he deserves, yet a collection of his writings covering the brief and disastrous life of the Whitlam government would sit well beside John Kerr’s Matters for Judgment and David Smith’s Head of State and provide some balance on shelves of overweight, pompous Whitlam fanzines that contain everything but the truth of the matter.

The Meaning of Anzac Day