The Lost World of Cliff Hardy 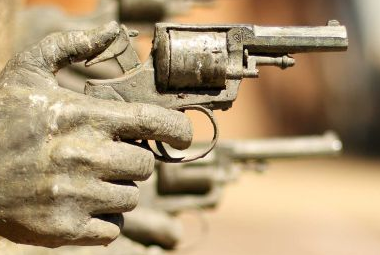 When Peter Corris wrote the first Cliff Hardy novels, Australian crime fiction was pretty well out of fashion. The 1970s had seen a vigorous re-emergence of a literary tradition, but genre fiction was low on local publishers’ priorities. The success of the Cliff Hardy novels changed all that. But back in 1980 Corris initially had difficulty in finding a publisher.

See You at the Toxteth is a splendid retrospective for fans, and a marvellous introduction to Corris’s writing for those unfamiliar with it. Sensibly, Jean Bedford has chosen to select a dozen short stories rather than include excerpts from the novels. Excerpts are too often frustrating and inconclusive. But the stories represented here are all self-contained. They do, however, feature some of the recurrent characters from the novels.

One of the strengths of crime fiction is that it allows an investigation of social and political issues. Through the latter part of the last century, and indeed beyond, literary fiction was becoming increasingly etiolated. The realist tradition surrendered to postmodern games, self-referentialism and fantasy as writers avoided contentious or problematic political themes in order to attract Literature Board funding and win prizes. Crime fiction was not generally taken seriously by funding bodies or prize-giving committees, and this liberated its writers to deal with corrupt police, politicians and businessmen, as well as with low-life standover men, junkies and informers. And to see them as all of a piece. “I took the money, I didn’t have any qualms about the way it was earned,” Cliff Hardy says in one story, “hell, I’d worked for doctors and lawyers, all manner of professional people.” And on another occasion he observes, “We’re associating with criminals all the time—motor mechanics, doctors, real-estate agents.” This was the tradition of Raymond Chandler, and Corris took to it wholeheartedly.

It is not all corruption, however. Born and educated in Victoria, Corris spent most of his life in Sydney, and Sydney is where most of the Cliff Hardy books are set. The forty-two volumes sing a song of praise for Sydney, the sun, the beaches, the prosperous suburbs, the dives of the inner city. The richness and diversity of the city, whether at work or play, are celebrated here. Greyhounds, boxing, tennis and golf all feature in these stories, along with brothels and brothel owners, police on the take and the genre’s necessarily problematic female persons.

Perhaps even more than the novels, the stories are classically formulaic. Or, to put it another way, old-fashioned. And that is part of their appeal. The formulae are the formulae of the old pulps—concussive blows to the head, some deft footwork and well-aimed punches, and the inevitable blaze of gunfire. They do not have the wanton, excessive body count of Dashiell Hammett. But Cliff had been a soldier in Malaya and is as much the man of action as an analytic investigator. He belongs to a world before the roll-out of data-recording surveillance devices. As Corris observed, the development of email, mobile phones and the internet “has had a profound effect on the plotting and texture of crime fiction”. But, he adds, “typically, characters like Harry Bosch and Jack Reacher have only a nodding acquaintance with the technology. Their talents lie elsewhere.” And so do Cliff Hardy’s—though Peter Corris himself was comfortable with digital technology and delighted that most of his fiction has been made available in e-books. When his eyesight failed in his seventies, e-books allowed him to continue enjoying fiction and biography with their facility to enlarge type. And his last novel, Jean Bedford tells us in her introduction, he wrote in a thirty-six-point font.

To read the Cliff Hardy novels and stories is to enter a past world, as past as the world of Maigret or Sherlock Holmes. This is not a negative criticism. The world Corris created had a coherence, it was grounded in reality, in recognisable settings. It captured an era of Sydney now lost. Even some of the physical settings have vanished. The Toxteth Hotel still stands, but the nearby Harold Park racetrack of the 1985 story “The Arms of the Law” exists no longer, submerged beneath apartment blocks.

The bulk of the book consists of stories, but the last third represents Corris’s reflections on crime-writing—on his own practice and on his extensive reading in the genre. These reflections are assembled in part from his “Godfather” column in the online Newtown Review of Books. But they also include a hitherto unpublished, sustained, though not too serious, study of the topic, “An ABC of Crime Writing”. Corris fans, and there are many worldwide, will be fascinated by these pieces with their insights into his mind, his creative processes, and his humane values. His enthusiasms are wide-ranging and “An ABC” offers an extensive range of suggestions for further reading. He was generous in his recommendations. He could also be incisively critical. He notes how the action “slowed to a halt” in P.D. James’s novels “when she padded them out with descriptions of furniture and architecture”.

The columns and “ABC” entries provide some invaluable observations for both readers and writers. “I believe that the best and possibly the only way to write crime stories is to read a great many of them,” he comments. “This is certainly what I did. From an early age I read a variety of crime novels, from the pulp of Carter Brown to the polish of Nicholas Blake, from the clue-puzzle cosiness of Agatha Christie to the grime and danger of Dashiell Hammett.” And to them he went on to add forty-two Cliff Hardy books, eight Box Office Browning adventures, three Luke Dunlops, and another ten historical and contemporary novels, as well as biographies and anthologies. It was an amazing achievement.

The Intellectual Life of the British Working Classes, by Jonathan Rose

Epitome of His Generation