Hong Kong and the Vigour of a Free Society 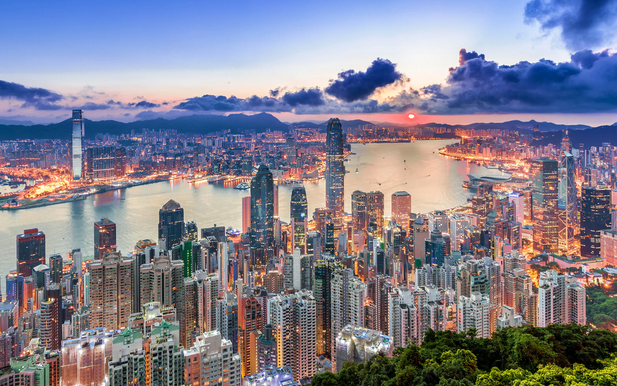 Can successful and thriving communities and societies be built by letting people keep more of their own money, while granting them the freedoms they need to pursue their own destiny? Radical socialists and cultural marxists would think otherwise- surely a society left to its own devices would only degenerate into a stratified one where wealth is hoarded and culture is tainted by commercial motives rather than one where the pie is grown for everyone, and unique cultural identities are upheld. Yet historical episodes, from Ottoman-era Bulgaria to modern Hong Kong demonstrate otherwise.

Lower taxes offer the opportunity for the accumulation of enormous wealth for individuals, and society at large. Encouraging aspiration comes with the understanding that presumably, the empowered individual is best placed to resolve his or her own issues while spending their own money expediently. Rather than government cronies serving cultural and economic edicts to society and the individuals who comprise it, the intersection of open markets and civil society instead offer a more compelling alternative that doesn’t require centralised power or dipping into people’s pockets.

Hong Kong is a beacon of economic freedom is a region of the world that has long been under threat of Communist totalitarianism. Hong Kong is ranked number one on the Heritage Foundation’s 2019 Economic Freedom Index, a position it has held since the index’s inception in 1995. The city’s rule of law, government size, regulatory efficiency, and open markets, all contribute to this rating.

A harbourside metropolis of 1046km², it has no natural resources besides its iconic Victoria Harbour. What it instead offers, according to tax law Professor Michael Littlewood of the University of Auckland, is an economy which “is both out of date and seriously ahead of its time.” Hong Kong has no GST, and no capital gains tax. It also has an individual tax rate of 15 percent, and a corporate tax rate of 16.5 percent. This system has largely remained unchanged since the 1940s, after an emergency imposition of a “war tax” that remained permanent.

During the colonial era, between 1971 and 1981, Hong Kong delivered a budget surplus nine times out of ten. From 1975 to 1981, it experienced annual growth rates of a whopping 11.3 percent. This in the midst of global economic instability due to the OPEC oil crisis 1973-4 and the 1979 oil crisis that followed the Iranian revolution. Rather than leaving society weaker through lower government revenues, Hong Kong’s liberal tax and economic policy framework allowed its people to withstand global turbulence.

But what does this actually mean for the man on the street? Stuart Iliffe, a Canadian expatriate who has worked in Hong Kong for thirteen years notes that “If I earned $100,000 in Canada, after tax I would have kept $64,000 (CAD). If I earned $100,000 in Hong Kong and made use of the married man’s tax allowance, I would have kept $90,100.” It’s entirely unsurprising then that Hong Kong continues to be a hub of innovation with policies like these that attract the best, brightest and most ambitious from around the world.

Hong Kong’s economic dynamism is built upon a simple flat, low-tax regime. Ayesha Lau partner in charge of Hong Kong tax at KPMG China, says that other indicators “Are the rule of law, respect for private property, freedom from corruption in the business environment, efficient government, the free flow of capital – we have no exchange controls and protection of intellectual property as well as its strategic location.”

The effect of these long-standing factors are most evident in the myriad of contrasts between Hong Kong and communist mainland China. Life expectancy, literacy rates, GDP per-capita and infant mortality are all significantly better than on the mainland. The Hong Kongese earn 5.23 times more than their mainland counterparts, live an additional eight years and give birth in safer environments. This dispels the myth that China’s rapid economic rise is because of, rather than despite, the powerful, centralised authority of their government.

But Hong Kong isn’t just renown for its economic prosperity. In just over a decade, Hong Kong’s art market has grown to the third-largest in the world, behind only New York and London. Fairs and galleries have blossomed in the city – and the local and street art scenes are thriving alongside them.

Much of its art market has its origins in the Art HK art fair, set up in 2008 to spark investor interest in Hong Kong – the perfect location for China’s burgeoning art investors, as well as established western investors with a taste for contemporary Chinese art. This exemplifies the secure link between a strong economy, surplus resources created through improved productivity, and the formation of a unique culture and identity.

Hong Kong’s art scene didn’t come into fruition through a Maoist style cultural revolution. Instead, it came into play from a stable and cohesive society and a free and open economy. People invest in culture and art that means something to them. This builds a real community that is created and bought on the dollars, and hard work of the people directly. The government’s involvement can and should be limited to a ‘light touch’ that recognises that art is a reflection of the society that produces it- not the agenda of a social engineer with other people’s money in their coffers to spend as they please.

Hong Kong is not alone in history. Consider the seemingly obscure example of townships in the Ottoman Empire, specifically the settlements of Kalofer and Adjar (now Svezhen), in modern day Bulgaria. When compared to surrounding townships, the story of these places show that thriving civil society can be built from the ground up, not through authoritarian imposition.

Unlike most of the empire, these towns were not subject to direct intervention from the Ottoman state. They were virtually left alone to solve their problems, even those related to court and security which are usually handled by the empire itself. Being left alone, they went on to develop their own systems of management, education and culture.

Rather than the imposition of the traditional Ottoman economic and military system, the inhabitants of these settlements were allowed to be the guardians of the mountain passes and were subordinated to the Vaikh (foundation) with the obligation to maintain the mosque built by the Ottoman Sultan Suleiman, the Magnificent. They were also entrusted with their own defense and security, where citizens were allowed to arm themselves in a similar manner to the modern Swiss “citizen army” who protect mountain passes in that country even today. The town’s militia, in exchange for performing this important function, were not even required to march with the Ottoman army. This lack of reliance on the Sultan or his administration, allowed the towns to benefit from significant tax breaks. The Sultan’s orders from the 30s and 40s of the XVI century, state that the inhabitants of Kalofer and Adjar are exempt from all taxes- except for the payment of 700 silver coins for the upkeep of the town mosques.

The citizens of Kalofer and Adjar, left with more of their own money to spare, invested it in business initiatives as well as their own cultural and social development. This produced the famous Ajaccio Literary School and large churches which also served as education centres and providers of a social safety net for the population in an era without state schools or a welfare state. This occurred entirely without the Ottoman state, and was achieved through free markets and people investing in what they saw fit- inevitably things which enriched their townships.

A true economic and cultural renaissance- that is the reward which awaits societies willing to take a leap of faith by embracing open markets, low taxes, and the freedom of their citizenry to dictate the kind of society they want through a greater role for individual decision-making.

Despite Australia’s relatively open markets, we still have a long way to go, and a public fight on our hands to make sure that short-sighted populist politicians and misguided bureaucrats do not regulate and tax us into oblivion under the false premise that it is for our economic, social, and cultural betterment.

Those who instead place their faith in the government as the best arbiters of culture and economy, are true cynics who have a lack of faith in the very society they claim to champion. When we talk of the challenges faced by Western civilization, we inevitably think of the ‘long march’ through state institutions by those on the cultural left eager to utilise social engineering to compensate for their lack of influence on a society otherwise capable of steering its own course.

The solution then isn’t to simply fight for control over these state-driven institutions- an inevitably infinite back-and-forth struggle for cultural and social control and influence. Rather, it is to embrace lessons and best practice from modern and ancient world history by scaling back the role of the state itself, and enhancing the role of civil society and markets.

Jacob Watts is a Research Associate with the Australian Taxpayers’ Alliance

China and the Looming Warfare over Taiwan

The Rise of China is the Real End of History