Free Money Will Do That 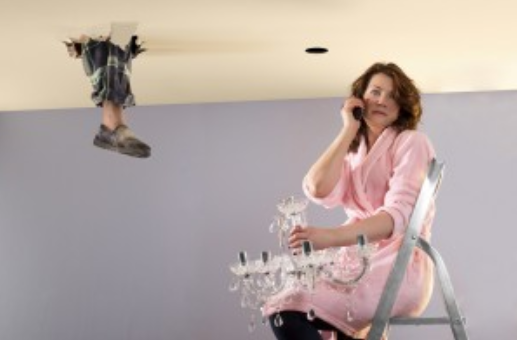 For a mob whose political faith calls upon them to worship central planning, leftists are remarkably maladroit when it comes to their own various plans and strategies.

You know, it’s sometimes almost as though our leftist betters have no idea at all about human nature or how anything works. Labor’s roof insulation plan, introduced during the brief Kevin Rudd hilarity, remains a helpful illustration of leftist incompetence.

Readers may recall the basic structure of the insulation scheme, which was simply to install insulation in Australian households at subsidised cost. Nothing too complicated there; installing insulation is literally a matter of placing the stuff in the roof. I was a small child when insulation was installed in our suburban home back in the 1970s, and happily assisted the very competent fellow in charge.

It takes a particular kind of genius to screw this up. Kevin Rudd and his band of bunglers duly delivered. They allowed the installers, rather than homeowners, to sign off on each job.

Just think about that for a second. Those installers had a great incentive to rush through their work as quickly as possible so that they could charge ahead to the next house and their next wad of government cash. “Job’s done, lady,” they’d inform a contented housewife as they sprinted away.

Little wonder the number of insulation installers operating in Australia quickly increased from only 250 or so when Rudd’s scheme was introduced to something in the vicinity of 7000. Free money will do that.

Readers will also know of Saul Alinsky’s 1971 book Rules for Radicals. Alinsky wrote his Rules as a guide to his fellow leftists, but true to his kind didn’t plan on it becoming a far more useful guide for future conservatives. Not only did Alinsky alert the Right to leftist strategies, but some of his strategies have been wholly adopted by right-wing parties and politicians the world over.

To gauge just how useful that forty-eight-year-old book remains, let’s run through Alinsky’s Rules and see how they applied in the 2019 federal election.

Rule 1: “Power is not only what you have but what the enemy thinks you have.”

Too easy. As Labor’s vanquished Bill Shorten revealed in post-defeat comments to a dismayed caucus, he believed himself surrounded by awesome powers he was unable to counter. “We were up against corporate leviathans, a financial behemoth, spending hundreds of millions of dollars telling lies, spreading fear,” Shorten said, having run the worst campaign since Malcolm Turnbull three years earlier.

“Powerful vested interests campaigned against us through sections of the media itself, and they got what they wanted,” Shorten continued. “And I understand that neither of these challenges disappeared on election night. They’re still out there for us to face.”

These leviathans and behemoths must have been of the instant pop-up variety, because we didn’t hear Shorten complain about them while he was dominating opinion polls.

Rule 2: “Never go outside the expertise of your people.”

Prime Minister Scott Morrison stuck fast to this, campaigning heavily on the Coalition’s economic record. Shorten, however, didn’t really have much choice but to wander way beyond Labor’s expertise boundaries. “There is one more thing we will do to make Australian schools the best in the world,” Shorten said during his Budget Reply Speech in April. “We’ll make Tanya Plibersek the minister for education.”

Bill may have stretched Plibersek’s qualifications a little there.

Rule 3: “Whenever possible go outside the expertise of the enemy.”

Again, not much of a challenge for Morrison, who simply had to remind voters of Labor’s record on asylum seekers and their traditional habit of turning budget surpluses into tax bonfires. The area defined as being outside of Labor’s expertise is absolutely infinite. This is a party that designed an insulation solution to global warming but ended up generating intense local heating.

Rule 4: “Make the enemy live up to its own book of rules.”

Credit where it is due: Shorten and Labor actually attempted to do this by calling the Coalition to account over franking credits and the like. Framed correctly, this could have exposed a conservative double-standard. Trouble was, it involved peeling money away from retirees who during their working lives had thrown a massive amount of taxes at the government.

Self-funded retirees are a tough group to demonise. They’ve contributed and they’ve played fair. If Alinsky had added a rule about not changing the rules, Labor would have been wise to follow it.

By comparison, making Labor live up to its own rules is fun and easy. When shadow treasurer Chris Bowen began going on about how Labor would immediately produce bigger and better surpluses than would Morrison and Josh Frydenberg, well, that played right into Coalition hands.

Is it ever, and this is where Labor should always hold a secure advantage. After all, every comedian in Australian is left-wing and so too are all those snappy meme-makers on Twitter. Surely one or two of them could’ve come up with a wounding line against Morrison & Co.

But they didn’t, mainly because everything they find ridiculous about the PM—he goes to a Pentecostal church!—most Australians find quite acceptable. Likewise, most Australians don’t believe the phrase “climate denier” to be an argument-stopper.

Also, if Shorten really wanted to dodge ridicule himself, those early-morning jogs should have been suspended for the campaign’s entire duration.

Rule 6: “A good tactic is one your people enjoy.”

Alinsky is wide of the mark with this one. Labor types enjoy smearing conservatives as heartless planet-hating racists, but this tends to alienate swinging voters who in the past have likely voted for the Coalition and didn’t turn racist as a result.

A good tactic is one that attracts voters. There. Fixed it for you, Saul.

Rule 7: “A tactic that drags on too long becomes a drag.”

Memo to Labor strategists: Australia has already had two climate change elections, in 2007 and 2013. We didn’t need a third, especially when power prices are a matter of far more urgent concern. By now, of course, most voters are aware Australia produces barely more than 1 per cent of the planet’s human-generated so-called greenhouse gases—and they don’t want to cripple industries for the sake of achieving absolutely nothing.

The only Australians unaware of our tiny greenhouse contribution are those shrieking schoolchildren who attended climate strikes. And they’re too young to vote.

Note: this doesn’t mean repeating the same thing over and over again, unless it is having some kind of measurable effect. Shorten’s “big end of town” mantra was to this election as Turnbull’s “excitement and innovation” was to the previous election. (Incidentally, if you want to set new Canberra decibel records, just ask current Liberal MPs what they really thought of Turnbull’s 2016 campaigning.)

Rule 9: “The threat is usually more terrifying than the thing itself.”

See climate change, above. How delicious was it, just by the by, that Queensland’s Labor government tossed more than $300,000 at Al Gore for a June visit they imagined would follow a nationwide Labor triumph? Poor old Al must have felt as useful as new member for Warringah Zali Steggall, whose constituents are now effectively without direct federal representation.

Rule 10: “The major premise for tactics is the development of operations that will maintain a constant pressure upon the opposition.”

I have no idea what this means and suspect its formulation may have followed a delivery of “electric cabbage” to the Alinsky household. He was a creature of the 1960s, after all.

Rule 11: “If you push a negative hard and deep enough it will break through into its counterside.”

Very true, as shown by Labor pushing Bill Shorten to six years of very positive polling. Eventually Mr Negative broke through to the counterside: an election defeat and a majority Coalition government.

As well, this election campaign saw former Greens leader Bob Brown barge into Queensland with his absurd anti-mining climate convoy. Talk about breaking through to a counterside. Hotels in high-unemployment regions wouldn’t even serve these clowns a counter lunch.

Rule 12: “The price of a successful attack is a constructive alternative.”

Shorten wasn’t big on prices. In fact he dismissed questions about the price of his proposed climate policies as “dumb”, which is about as far from offering a constructive alternative as you can get.

And he didn’t put a price on this little plan, either: “Let’s make the batteries here. And let’s do the same with electric vehicles and charging equipment and stations too.” Doesn’t sound cheap.

And finally, Rule 13: “Pick the target, freeze it, personalise it, and polarise it.”

Leftists did this to ex-PM Tony Abbott, who was subsequently removed as the member for Warringah. Some success. As a consequence of those leftist attacks, Abbott has received a $200,000 wage increase and is now on massively reduced work hours.

They didn’t exactly plan on that.