It All Depends What You Mean By … ‘Why?’ 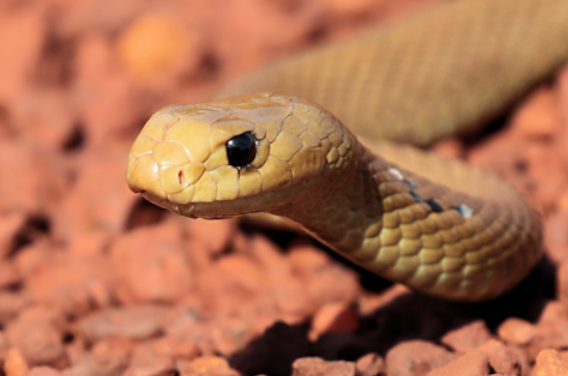 Actually, the concept of the most poisonous snake in the world is not altogether unequivocal. Do we mean the snake with the most powerful venom (for us humans, of course), or the snake that kills the most people in the world annually, or the snake that would kill the most people annually if one controlled for the density of human population and the availability of an effective antivenom? No wonder the late Professor C.E.M. Joad, a philosopher who suffered public disgrace when he was caught travelling on a train without a ticket (how innocent were those days!), used to start all his answers to questions sent in by the public to The Brains Trust, the BBC’s panel of intellectuals of high standing, by saying, “It all depends what you mean by …”

Let us not equivocate, however: instead, let us take the question to mean, which is the snake in the world with the most powerful venom, to which the answer appears to be, until further research shows otherwise, that it is the inland or western taipan of Australia. I once read that a drop—or was it a millilitre?—of its venom was sufficient to kill 200,000 mice, or in the alternative, as lawyers put it, 100 men.

Fortunately, the western taipan inhabits areas to which few humans go. Indeed, so sparsely populated (by humans) is its natural habitat that for ninety years its very existence as a species was doubted, for it was not spotted by zoologists between 1882 and 1972 and was therefore regarded as the figment of overactive or overheated imaginations. Although it is also called the fierce snake, it is actually quite timid where humans are concerned, preferring to retreat than to attack. However, when it does attack it is formidable: it is fast and accurate in its strike and its rate of envenomation is said to be 100 per cent. Moreover, once it has bitten it does not retire gracefully and await events—that is to say, the death of its victim—but strikes again and again, up to eight times. Some people are said to keep western taipans as pets, and I suppose that if you go in for keeping venomous snakes at all, you might as well go in for the most dangerous. One can just imagine the bragging.

As soon as I had read that a single drop—or whatever quantity it was—of its venom could kill 200,000 mice, a peculiar question arose in my mind: why 200,000 rather than—say—a mere 100,000? Surely no snake needs to be able to kill more than 100,000 mice with a single drop of its venom? What possible survival advantage could it be to the snake to have such powerful venom, or (again in the alternative), if it were so advantageous, why was the venom of all poisonous snakes not so powerful? Here was a mystery crying out for elucidation.

I am sure that evolutionists could provide an explanation, but that is because, like psychoanalysts, they can provide an explanation for everything. (I have never seen a psychoanalyst completely stumped by any human behaviour, however bizarre it might be. In the house of Oedipus are many mansions.) The explanation, au fond, would go like this: “The western taipan has venom that can kill so many mice because it confers survival advantage on it. We know it confers survival advantage on it because it has survived.”

This is all very well, but though the western taipan has survived, it has hardly flourished, let alone conquered the world. Its numbers are small and its habitat relatively restricted. Snakes with less venomous venom are more numerous than it, to say nothing of the mice hecatombs which could in theory be killed by a single drop of its venom. I accept, of course, that the western taipan does not go around biting hundreds of thousands of mice, but it does specialise in small mammals, presumably one at a time, for the killing of which a less powerful venom would surely have sufficed.

Perhaps the answer is that the western taipan evolved so powerful a venom by chance. The mutation or mutations necessary to evolve it conferred no advantage, but they conferred no disadvantage either, and so the snake survived (apparently it diverged from its ancestor the coastal taipan about 8 or 9 million years ago).

Here I confess that I thought of the very sensible penal policy in some jurisdictions of the United States. A vicious murderer may receive a sentence of, say, 200 years’ imprisonment without possibility of parole, which in the current state of medical knowledge means that he will remain in prison for the rest of his life. A vicious murderer who has killed twice as many victims as the first may receive a sentence of 400 years’ imprisonment, which in a sense is no worse than the sentence of 200 years’ imprisonment. But, while the difference in sentence may at first sight appear absurd, it captures two important things: first that evil is fathomless in the sense that there can always be worse, and second that there is a limit to the practical severity that a civilised society may inflict. The difference is a symbolic recognition that to kill two people is, other things being equal, worse than killing one; but to kill one is already so heinous that it rightly attracts to itself the most severe practical punishment that a civilised society may inflict.

A snake is not inflicting punishment on its victims, of course; it is merely acting as a snake acts. We may find snakes repellent (although fascinating), and we may at first act as if they were evil, because we anthropomorphise animals; but we do not seriously hold that they are evil, such that the western taipan could, with a little moral effort, turn vegetarian and befriend mice.

But if we reject at least the cruder versions of natural selection as the explanation of the exceptionally venomous nature of this creature, other possible explanations seem hardly any better. That the western taipan is a part—a small part, admittedly—of an overall design for the universe does not seem to me in the least plausible. What purpose could such a creature serve, what possible goal could it help to achieve?

In short, I have no overall theory of the existence of the western taipan to propound. It is a mystery to me, like so much else. I am not even sure that I can conceive of what an adequate explanation would be.

Patients used to ask me, “Why am I like this?” and I used to reply to them (in classically evasive psychiatric fashion), “Give me an example of an explanation that would satisfy you.” No patient was ever able to do so. If an alcoholic asked me, “Why do I drink too much?” was I to reply, “Because the tax on alcohol is not high enough to deter you” or “Because you have a genetic predisposition to do so” or “Because your wife left you” or “Because you are trying to mask underlying misery” or “Because you were badly treated in childhood” or (O useful weasel words!) “Because of many factors”? The patient, of course, was waiting for the answer as the Buddha waited for enlightenment under the bo tree: he wanted an answer that, merely by its enunciation, would prevent him from drinking too much. Only such an answer would count as a true explanation. But what answer to the question, “Why is there such a creature as the western taipan?” could possibly satisfy me?

A child who goes through a stage of repeatedly asking “Why?” soon arrives at the deepest question of all: Why is there something rather than nothing? When I look at a western taipan in a cage, I am a child again, and ask myself “Why?”

Anthony Daniels’s most recent book, co-authored with Kenneth Francis, is The Terror of Existence: From Ecclesiastes to Theatre of the Absurd (New English Review Press), published under his pen-name, Theodore Dalrymple.

Of Guinea Worms and Thylacines