An Art of Suggestion 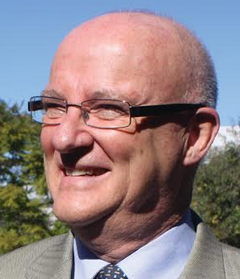 “Why poetry?” is a question which those of us who are keen to promote the enjoyment of verse are sometimes asked. Surely, whatever the ideas and feelings that the poet wants to express can be more straightforwardly set out in prose? The elusiveness of direct meaning and its verbal elaboration and decoration—which are the usual thematic and technical characteristics of poems—appear wilfully to erect barriers to understanding and appreciation, rather than to facilitate direct communication of thoughts and emotions.

Such cavilling overlooks the fundamental quality of accomplished poetry: its power to suggest and evoke, to stir in the reader a personal, imaginative response to what he or she is reading, not constrained or limited by prosaic directness or by what we can construe of the author’s didactic intentions (interesting, for biographical reasons, as they may be, but usually a narrowing process). Most importantly, poetry, an art of suggestion, explores experiences, and their layers of meaning that may not ever be susceptible to simple statement and which, by their very nature, can actively resist it. The poets, through arresting and masterly expression, open up possibilities of understanding of life and its interpretation that can enrich our experience, as they share their own enriched perceptions, crafted into this most polished of verbal forms.

In this newly-published collection by Ivan Head, the recently retired Warden of St Paul’s College, we find poetry properly about its business of finely-chiselled expression of evocative thought, where a wide range of subjects is nonetheless drawn together by an essentially theological outlook. This is based in the incarnational tradition of Tractarian or Anglican-Catholic thought to which the poet belongs. Particularity and specificity of reference—with a flavoursome Australianness (magpies give the title to the collection and charmingly provide the one illustration amongst the poems)—dominate the book.

A poem titled “Finding a Mussel Shell on Ulladulla Station” is indicative of this attention to the created order, and even, and especially, the smallest, least prepossessing things. These can disclose a universe of meaning that is not confined to their physical actuality but resonates with a philosophical and spiritual understanding of creation—of “the intersection of the timeless / With time” (in the phrase of T.S. Eliot, another poet in this incarnational tradition). Not surprisingly, Head’s vocabulary is often of a religious kind—introduced in the collection’s title (Sermons, but, happily, from birds)—and can be placed to bring a poem to its climax, as in this gem, “Willow in Late Winter”:

Just look at the sunlight

on those lithe pre-leafed strands

that hang down like strings for a giant mandolin.

They catch the music of the sun or perhaps

comb out its glory.

The insistence of the imperative—“Just look …” —adds appropriate urgency to the proffered insight. One remembers Gerard Manley Hopkins in a similar vein—“Glory be to God for dappled things …” —and his commanding of our attention to their “dearest freshness deep down” quality in his richly sacramental verse.

The following poem in this collection, “Flowers on the Bridge”, is subtitled with a petition: “St Joseph Copertino pray for us” (St Joseph being a Franciscan friar given to mystical experiences) and speaks, appropriately, of “the field of vision”, closing with an imagined apotheosis of the flowers: “that they might fly upwards into light”.

Yet much of this poetry, as one would expect of incarnational verse, is firmly grounded in the mortal here and now, often wittily so. “A Prior Potato Sermon”, with its references to the “churchyard wall” and Aquinas, and with the speaker’s desire to be “harvested by an angel”, closes, nonetheless, terrestrially: “But for now I really feel like a chip”.

Echoes of other poets abound, no more obviously so than in “Ballet at the Sydney Opera House: Thinking about Slessor”, the poet of Sydney and its beautiful harbour. Head juxtaposes the appropriated culture of Europe, of ballet, champagne, Don Quixote and Stravinsky with the red earth and didgeridoo (on the site named after Bennelong). The reference to “The Rite of Spring” joins these apparently antithetical worlds, where rhythms score the basic life-pulse in which diverse poetic and musical cultures have their common source. The poem concludes with the harbourscape of “jet boat” and—more reminiscent of Kenneth Slessor—an “older ferry”, as “floating beads of rain … / stream and drift across the white tile sails”. Quintessentially Australian, “it’s a night vintage of motes and Moets”, as the alliteration celebrates a happy reconciliation.

“Yeats’s Pond” also summons a great master of the poetic art from the earlier twentieth century and recalls his exquisite meditative poem “Long-Legged Fly”, with its refrain:

Like a long-legged fly upon the stream
His mind moves upon silence.

With this keynote of meditation and a meticulous eye for the tiniest details of the pond-side scene he summons, Head, in the final stanza, probes a mind and represents a voice that soars, counter-tenor-like, at once beyond the range of ordinariness and the diurnal round to which even a Caesar, Helen, Michelangelo and Yeats himself must submit, to construe, again, the metaphysical in the midst of the spatio-temporal:

He began to wonder whether

he could in one single tether

co-intuit the named things he was seeing

and their transcendental ground in being.

In nearly fifty poems, there are subjects that are forthrightly personal: “The Nun with the PhD”: “The most beautiful woman / I ever saw was a Dominican sister”; “Tully under Cyclone”, recalling the poet’s West Australian teenage years—“Tully”, here, is not Cicero, although the poem closes in Latin quotation, “mysterium tremendum et fascinosum”—and, as Warden (where he presided, with notable distinction, over a great college for nearly a quarter of a century) the poet is distracted by lunar incantations: “At Dinner Looking out the Window”—“Men with their backs to it / ate soup and banged spoons. / From High Table I tracked its rising”. While other poems, as we have seen, are more objectively literary, theological and philosophical in character and theme, reflecting Ivan Head’s catholic interests.

In our prosaic and crudely literal world, where just a word in jest in private can be stolen out of context and used to destroy a person’s career and reputation, and where thought, speech and expression are policed and pilloried (even, of all places, in universities), censoring and stifling the imagination, the voices of the poets, contrariwise, enlarging our vision of life and revealing the limitless capacity of language tellingly to communicate that generosity of spirit, have never been more necessary. The Magpie Sermons is a welcome and worthy addition to that liberating song.

Barry Spurr was Australia’s first Professor of Poetry and is an authority on the life and work of T.S. Eliot.

Who Knows What Love Is?